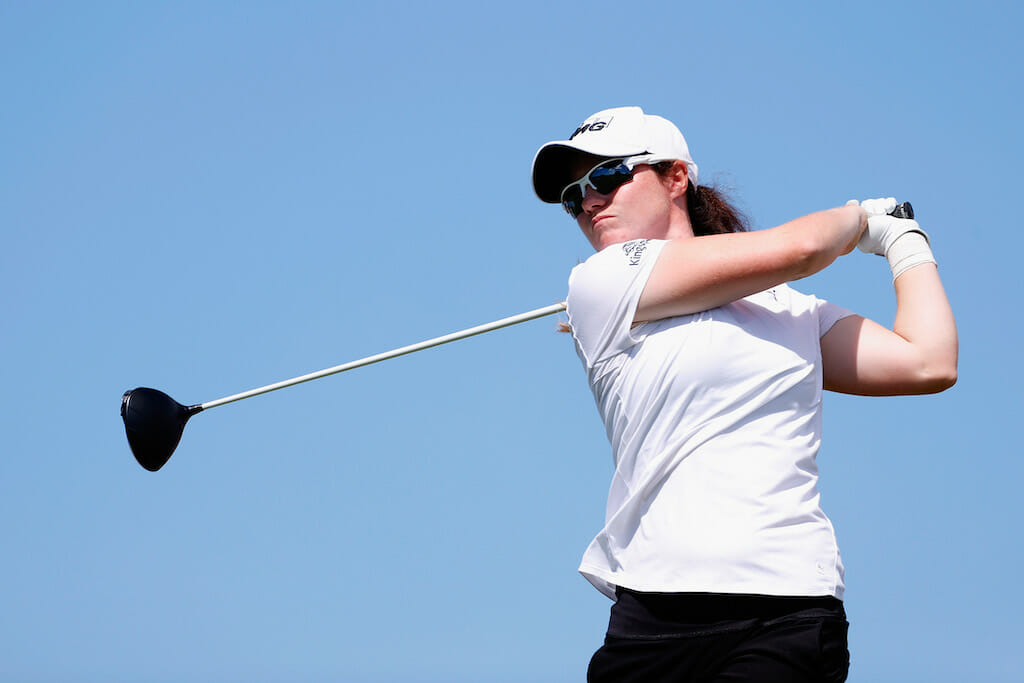 Leona Maguire will be left wondering how she let her second round-robin match slip from her grasp but despite a dramatic draw against Jennifer Kupcho on Thursday, the Cavan native has every chance of weekend progression at the Bank of Hope LPGA Match-Play.

Maguire raced to a 5UP lead through seven holes, playing them in two-under as Kupcho struggled early, however the world number 17 was never going to go down without a fight. Kupcho won 8 and 9 in par before Maguire returned to 4UP with a birdie at the 12th.

Then it was Leona’s turn to struggle, losing 13 with a bogey before dropping shots at 15 and 16 to see her lead reduced to 1UP. The pair parred 17 but to Kupcho’s enormous credit, she pulled a birdie out of the fire at the last with Maguire only able to par, a ding-dong battle ending all-square with Maguire now set to face Christina Kim on Friday, the American going down 2&1 to compatriot Ally Ewing for her second loss of the week.

Meanwhile, with a win apiece on Thursday’s Day Two of group play at Shadow Creek, best friends and Solheim Cup teammates Danielle Kang and Lizette Salas will face off on Friday for a berth in the Round of 16. Kang never trailed en route to a 2-and-1 victory over Madelene Sagstrom, a hard-fought win that saw Kang lose a 3-up lead through 13 holes. Sagstrom birdied Nos. 14 and 16 to pull within one, but Kang finished with par on the difficult par-3 17th to win the match.

“I think we were trying to minimize as much mistakes as possible. We were making a lot of mistakes out there from beginning to end,” said Kang. “She made some good birdies coming in and all I kind of tried to do was keep it steady as much as I can, but there was just so many bogeys out there for us and so many mistakes.”

Salas only dropped one hole in her 3-and-2 win over Albane Valenzuela, turning on the jets on the back nine. Sitting tied through 12 holes, Salas reeled off three consecutive wins at 13, 14 and 15 to go 3 up, including a near ace at No. 14.

“I didn’t capitalise on some of the opportunities to go up in the match. I knew the backside is a little tougher, so I had to rely on my accuracy and know that – and my experience as well – that I could pull off some wins and win the match overall,” said Salas. “Capitalised on a couple of her mistakes, but she played solid all day and kept me on my toes.”

Kang and Salas are well-acquainted with each other’s games, both as Solheim Cup teammates and partners at the Dow Great Lakes Bay Invitational. While they will be foes on Friday, the best-friend duo plans to spend Thursday night together catching up on some must-watch TV – the new Friends reunion special – at Kang’s Las Vegas home.

Jin Young Ko survived an 18-hole showdown with Caroline Masson, losing a 3-up lead through 15 holes and ultimately winning a 1-up match with a birdie at No. 18. Bronte Law followed in the match-play footsteps of Sergio Garcia, making an ace at No. 17 to take a 2-and-1 win over Austin Ernst.