Lowry confident he can make Captain Harrington’s team on merit 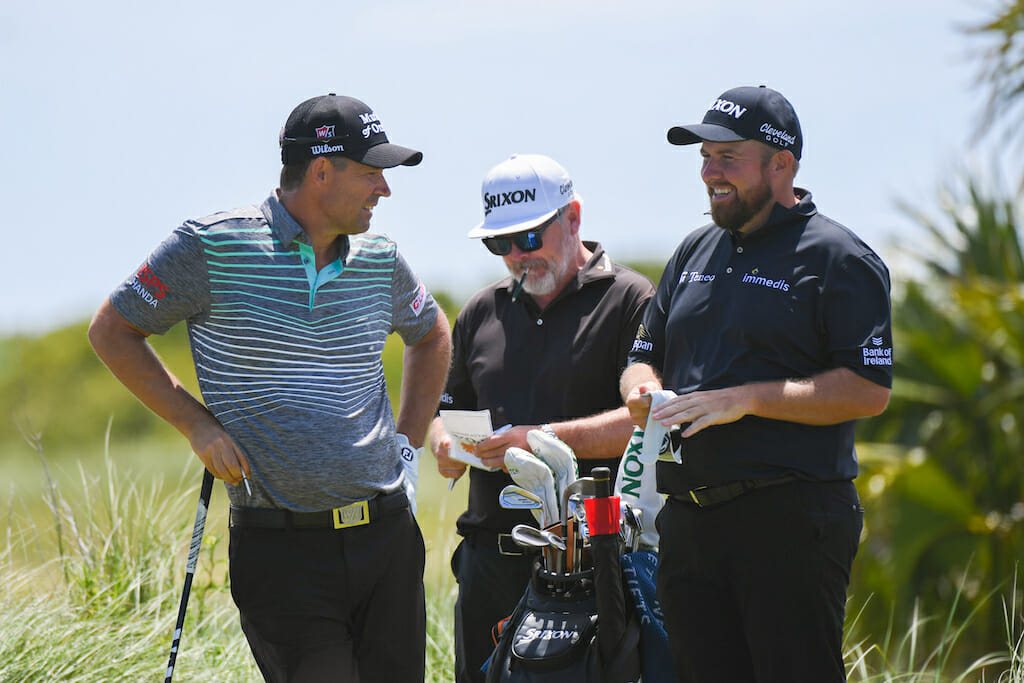 Shane Lowry is convinced that if he keeps playing the golf that fired him to a top-5 finish at last week’s PGA Championship at Kiawah Island, then that form should prove enough to see him through as an automatic qualifier for September’s Ryder Cup.

In the company of Europe’s Captain and great friend, Padraig Harrington, Lowry matched the skipper stride for stride on the Ocean Course where a final round three-under par 69 saw him tie for fourth alongside Harrington at the second men’s Major of the year.

It’s a performance that has put Lowry firmly back in the Ryder Cup conversation, right on the bubble of automatic selection alongside Bernd Wiesberger, Robert MacIntyre and Justin Rose. Yet although he reminded his Captain of his ability to produce under pressure in South Carolina on Sunday, the reigning Open champion doesn’t want to leave anything to chance when it comes to booking his seat on Team Europe’s plane to Whistling Straits this September.

“I’m in a good position now to go ahead and make the team this year,” Lowry said on a Zoom call to launch the 149th Open. “I got some nice World Ranking points last week. I’m playing for plenty of World Ranking points over the next few months. If I play good enough or play to the best of my ability over the next few months, I could make that team.

“That’s my main goal, to obviously go and make it. If I don’t make it, to be so close that I kind of make his decision for him, because even though the whole rookie thing will be talked about – that I’m a rookie – I don’t feel like a rookie. I don’t feel like I’ve been there, done that, because I’ve never been there, but I’ve won big tournaments. I’ve competed at the highest level. I feel like I definitely will add to the team if I’m there. I feel like I can bring a lot to the team.

“That’s just how I feel about it. I’m confident in myself that if I’m put on the first tee against anyone, that I can bring home a point for the team when I’m put out there. It’s just up to me to put my best foot forward this summer. Last Sunday and last week was a great start because I think when they are looking at picking the team, they do look at the big tournaments, they look at the majors, and if you have some good finishes in majors, it definitely helps your case.”

What also helps your case is performing under the Captain’s watchful gaze. Harrington and Lowry may be the best of friends and regular playing partners in practice but it’s no harm producing your best stuff in the heat of Major competition to remind the Captain that you retain that killer instinct too.

With top-10’s now banked at the Masters and the PGA, and two live chances at a track he loves in Torrey Pines for the US Open and of course his Open defence at Royal St. George’s, Lowry should be confident of racking up the points during a busy stretch of golf this summer, but performances like last week in front of Harrington don’t hurt the cause either.

“Obviously I play a lot of golf with Padraig anyway,” Lowry said. “I play a lot of practice rounds with him, spend a lot of time with him. But never do I get to play in that type of situation with him, so it was nice to kind of perform when you’re in the heat of the battle and out there on the back nine of a major championship.

“I got off to a bit of an iffy start on Sunday and I managed to really fight hard and grind it out well and shoot 3-under for my last 12 holes, which I was really happy about. To do that in front of him was pretty nice. I have to say it was very satisfying because, look, Padraig knows what I can do. He knows what my game is about.

“But last Sunday was an absolute blast. Like Padraig said afterwards, it was one of the best days I’ve ever had on the golf course. The holes were so difficult coming in that every time the two of us hit a good shot on the same hole, I’d go over and say, ‘Well, that’s that hole out of the way’. We’d have a bit of a laugh about it.

“I grew up admiring Pádraig Harrington and I watched him in The Open in 2007 and 2008, and to be there in the final round of a major playing with him, one of my golfing idols, was pretty cool, and also one of my friends. When I look back on it over the years, it’s one of those rounds that we’ll remember, that we’ll talk about. It was just pretty cool to be there and to be there with him. But yes, it was quite satisfying to play good on that type of a golf course with him is all.”