DeChambeau ready to ‘unleash the beast’ at Kiawah Island 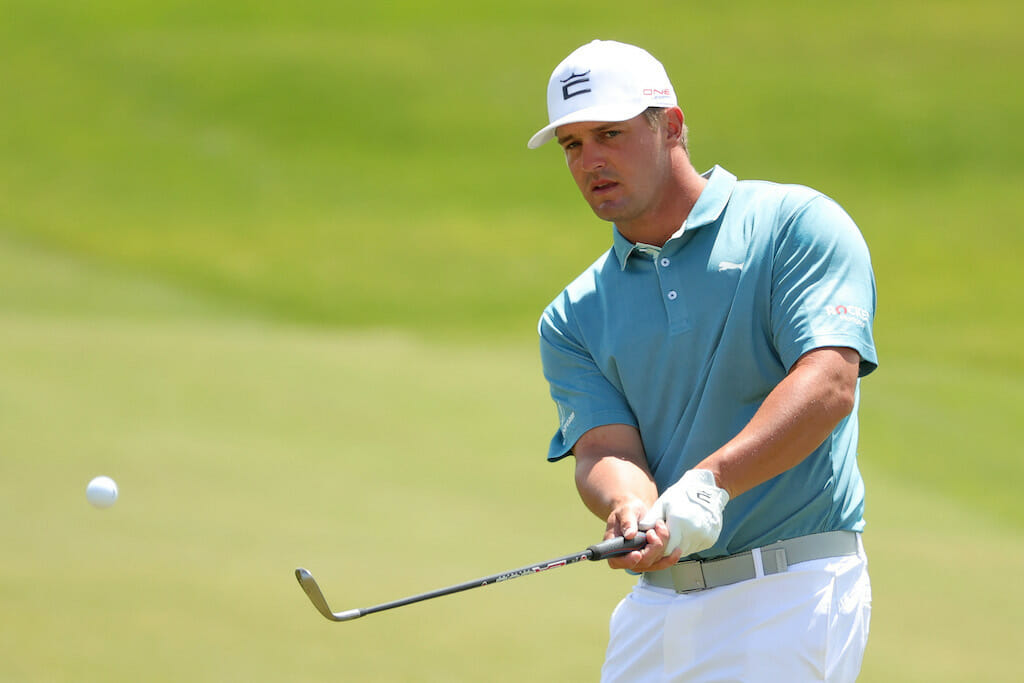 Bryson DeChambeau could not have put it any clearer in declaring he’s ready to ‘unleash the beast’ at this week’s 103rd staging of the PGA Championship at Kiawah Island.

The ‘Beast’? The now 27-old American standing 1.85 metres and weighing 111 kilograms, currently the longest off the tee on the PGA Tour, the reigning US Open champion, the current World No. 5 and staring at tackling the longest course in the history of the men’s majors now among the favourites to capture a second career major.

Listening to the player comments over the two official practice rounds, and given the forecast of strong winds on a golf course the USGA rate at 79.1 and the hardest in the States, it may take a beast to bring the Pete and Alice Dye designed layout to its knees. One thing is certain and that’s DeChambeau is up to the task.

“This golf course is a beast,” he said. “Hopefully I can unleash the beast, but you never know. May hit it right or left, I don’t know. But I’d say for the most part you have to hit it pretty straight out here, even though you hit it pretty far, or I’m hitting it pretty far. I would say there are holes that you just can’t go after. No. 4 is a great example. Hitting the driver there, probably you could do it today because it’s so into the wind, but for most guys — I watched players hitting hybrids and 3-woods all day today, and that’s not easy.

“I’m sure the tee boxes will be moved up in certain areas, but for most players out there, if you don’t hit it long, it’s going to be a tough week, especially hitting hybrid or 3-iron or 4-iron into these greens that are so penalising around the green complexes. For me my length is an advantage, but if I can hit it straight this week in this wind and control the golf ball and control the flight of it, that’ll be my biggest advantage.”

The Ocean Course at 7,876 yards, 200-yard longer than when Rory McIlroy won in 2012, is a beast in benign conditions though for someone of DeChambeau’s stature and build, what questions will present compared to other major venues he’s competed at?

“Well, I have not hit hybrids or 4-irons into par-3s since I’ve gotten longer,” he said. “That’s a new one. I think for other players it’s 3-woods and hybrids in for them. It’s demanding. You’ve got the 14th hole straight into the wind, a little bit off the left, but it’s 240-yard into the wind, and I watched Phil (Mickelson) hit a hybrid and he hit a great shot and then you’ve got Kevin (Kisner) hitting 3-wood.

“It’s not easy. It’s definitely a difficult test at hand. I think that’s what’s so unique about this golf course is that when the wind picks up, it is probably one of the hardest golf courses I’ve ever played. You can’t miss it in certain areas, either. Like you can’t bail out left or right. You’ve just got to have your ball-striking on the whole day, and if you don’t, you’re going to get penalised.”

‘The Scientist’ as DeChambeau is affectionately known is good at crunching the numbers when it comes to getting the humble golf ball further down the fairway than any other player but then he had most shaking their heads in talking of a formula in solving the flow of the winds coming off the Atlantic Ocean.

And now with the audience’s full attention, Bryson remarked:  “Man, you guys are going to eat this one up.  Not that I’ve come up with yet. I mean, I wish. If there was a way to figure out the wind — , but the laminar flow of the wind and how it works — I mean, look, there are certain times where over certain dune hills and stuff on greens and before the greens where the wind will flow down and up and over certain mounds, so that’s going to make it feel weird, play different, and it’s just going to affect how the ball goes.

“Even on the putting green, I’d say that the most important thing is to putt on these greens knowing how the wind is going to affect your putt, man, you’re way ahead of the game. Nobody has figured it out other than intuitively. You’re over the putt and you go, oh, more gust and so you push a little bit more or whatever to account for that.”

So what is laminar flow?  I had to get onto Wikipedia for the answer to this question:  Laminar flow occurs when the fluid flows in infinitesimal parallel layers with no disruption between them. In laminar flows, fluid layers slide in parallel, with no eddies, swirls or currents normal to the flow itself. This type of flow is also referred to as streamline flow because it is characterised by non-crossing streamlines.

Which led to an obvious question and whether DeChambeau believes this week to be more of a mental test or a physical test.

“I would say it’s more of a mental test than a physical test because we all are great golfers and we know how to swing the golf club, but it’s more about the mental fortitude that you have, and for some reason I do pretty well in these types of environments,” he said. “It brings out the best in me. So hopefully it can this week. Hopefully. We’ll see!”

There you have it, yet another science lesson from ‘The Scientist’.