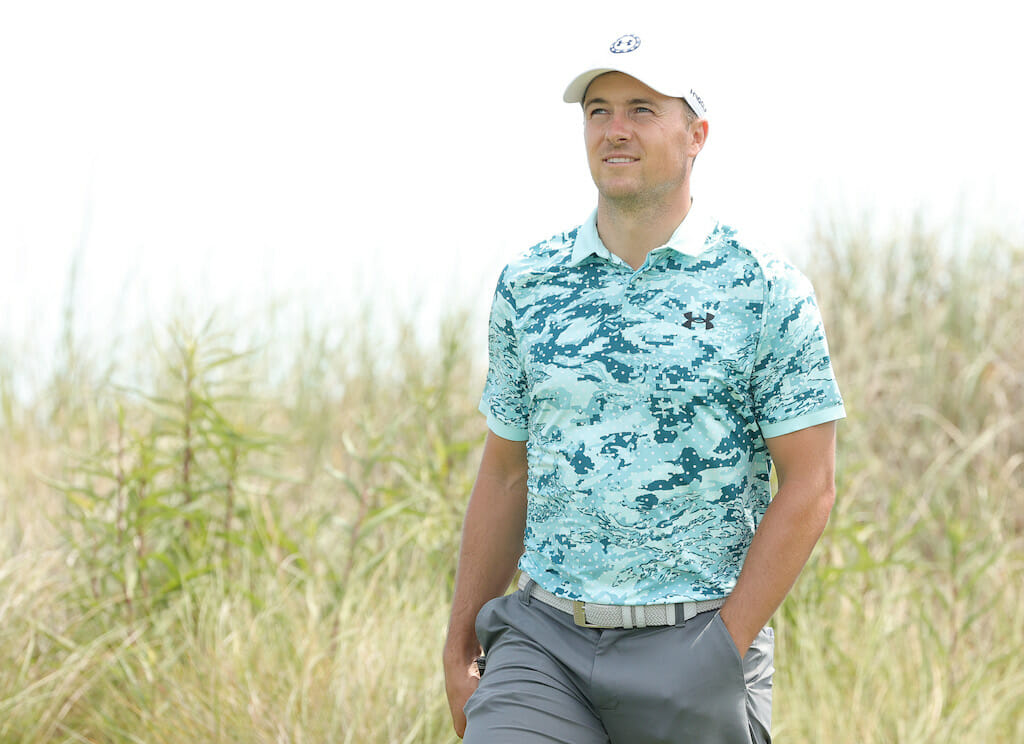 For all our talk of Grand Slams for Rory McIlroy each time the Masters rolls round, an often overlooked three-time Major winner has the chance to join golf’s Grand Slam club this week at the PGA Championship, not that he’s thinking about it.

Jordan Spieth arrived to Kiawah Island one Major shy of joining Gene Sarazen, Ben Hogan, Jack Nicklaus, Gary Player and Tiger Woods in immortal company. At the age of 21, the Texan won the Masters and the US Open in an incredible breakthrough year before adding The Open Championship at Royal Birkdale in 2017. Since that last Major winner win, however, Spieth largely struggled with his game and it wasn’t until April’s Valero Texas Open, 1,351 days since he got his hands on the Claret Jug, that Spieth was officially declared ‘back’ with victory at TPC San Antonio.

No wonder then that Spieth, the current world number 26, who dropped to as low as 92 on the rankings at the beginning of this year, is firmly in the conversation when it comes to Majors, and this particular week, Grand Slams, though he’s not about to burden himself with such thoughts of grandeur before a ball is hit on Thursday.

“It’s not. It’s not,” Spieth said firmly when asked if the Grand Slam was on his mind. “I think as we get into the weekend, if I’m able to work my way into contention, I think it’s something that’ll obviously be asked and come up, and it’s something that I certainly want.

“Majors are what we’re trying to peak for. I feel like I’ll have a lot of chances at this tournament, and if I just focus on trying to take advantage of this golf course, play it the best I can and kind of stay in the same form tee to green I’ve been in, all I can ask for is a chance.”

Spieth’s journey from world number one and PGA Tour poster boy to the wayward and wondering fairway figure of the past few years has boosted his popularity like a brand manager could only dream. His struggles have captured the imagination of golfers around the world able to relate, in some small way, to how cruel, unforgiving and often mystifying the game of golf can be.

When the game came easy to Spieth, winning two Majors by 21, simply put, it was harder to warm to him. He was robotic, machine-like in his scoring and movements, so well-rehearsed in his interviews that you’d wonder if he was human at all. So when asked if the goal now was to fully eliminate the scar tissue he’s picked up along the way in order to return to the very top of the game, you might be relieved to hear that not only does Spieth want to carry those scars with him, but he’s embraced their presence on his skin, traits of the everyman, made up of imperfections and reminders, motivation in itself to grind each day to be the best he can be.

“I think it shapes kind of who I am. I’ve proven to be very human. It’s kind of fun,” Spieth said. “When I’m on, when I’ve been on in the past, I’ve won tournaments by eight shots out here, and that’s obviously the goal. But kind of the ability to kind of shun off a bad shot and come back the next hole and make a long putt or something like that, just the grind, is enjoyable when you’re kind of on the positive momentum side of it.

“I don’t think it’s getting rid of it. I think in general, I step up confidently and appreciate kind of where I’ve been, and it just makes me even more excited to kind of embrace those shots and pull them off, and that’s an even bigger confidence boost than if I just didn’t have it at all.”