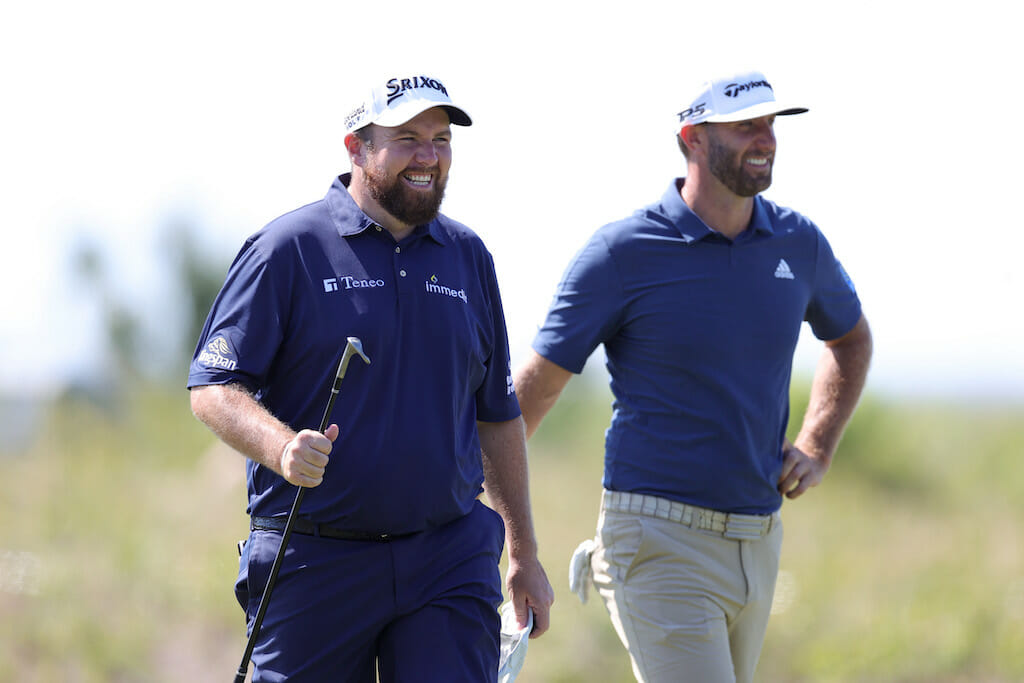 It’s not lost on Shane Lowry in heading into this week’s 103rd PGA Championship that his best two finishes this year have been on Pete Dye designed courses.

Two months ago, Lowry posted his first PGA Tour top-10 since winning 2019 Open Championship in finishing a superb eighth at the Tour’s flagship Players Championship at TPC Sawgrass in Florida. Five weeks later, Lowry bagged a second top-10 with a share of ninth place in the RBC Heritage on the Harbor Town Links at Hilton Head in South Carolina. Both courses were designed by Dye, who passed away early last year.

Lowry did not qualify for the 2012 PGA Championship on the Ocean Course at Kiawah Island, a course designed by Dye with help from his wife, Alice, in 1991 and in time for the ‘War by the Shore’ Ryder Cup later that year.

The Ocean course boasts the most seaside holes in the Northern Hemisphere with 10 hugging the Atlantic Ocean and the other eight running parallel to those. Although it was originally planned to sit the course behind the dunes, like the ‘nature-made’ links gems in Ireland, Dye’s course designer wife, Alice, suggested raising the entire course to give players unobstructed views of Kiawah’s stunning coastline from every hole.

Kiawah Island, named after the Kiawah Indians, itself encompasses just 39.21 kms with 28.23 kms of land and the rest water with a highest point cut just shy of four metres, meaning it’s open to the elements as was evident on day three of the 2012 PGA Championship when strong winds forced play to be suspended until early Sunday morning.

A quality wind player, Lowry, being reminded of his successes this season on Dye-designed lay-outs, was unaware but pleasantly surprised of Dye’s Kiawah connection.

“I didn’t even know Kiawah was a Pete Dye course, so thanks for pointing that out and that’s a little bit more pressure I can put on myself for this week,” Lowry said laughing.

“Well, it’s clearly going to be quite different than Hilton Head. It’s going to be one of the longest golf courses ever. In playing Sawgrass and Hilton Head you have to position yourself around both course and you hit a lot 3-woods and 5-woods off tees but given this week is going to be so long, it’s going to be driver on every hole.

“So, maybe it’s a coincidence I do play well on Dye-designed courses and maybe we’ll be talking about it being a good coincidence late on Sunday night.”

As Lowry mentioned, Kiawah will the longest course in major history, set to play 7,156-metres and that’s 135-metres longer than in 2012 when Rory McIlroy won. It’s also 441-metres longer than Royal Portrush where Lowry was handed the gleaming Claret Jug while the USGA rate the Ocean course 79.1, the highest course rating in the States.

It’s why Lowry headed north from his Florida residence on Sunday in the company of coach Neil Manchip and caddy ‘Bo’ Martin ahead of squeezing in an afternoon practice round in a first step towards getting ‘comfortable’ with Kiawah.

“We decided to get to Kiawah on Sunday so we can get to know the golf course as best I can and get comfortable playing it,” said Lowry. “I feel like I am playing well but I also think if I feel too comfortable, I get complacent so it’s nice to have a bit of anxiety there and a bit of nervousness there about how you were going to play. It kind of switches you on a little bit

“I have been like that over the last week not really overly happy with everything I but I know I am doing things well I’m swinging the club well. I am working away on my putting and chipping and I feel like that’s coming together nicely.