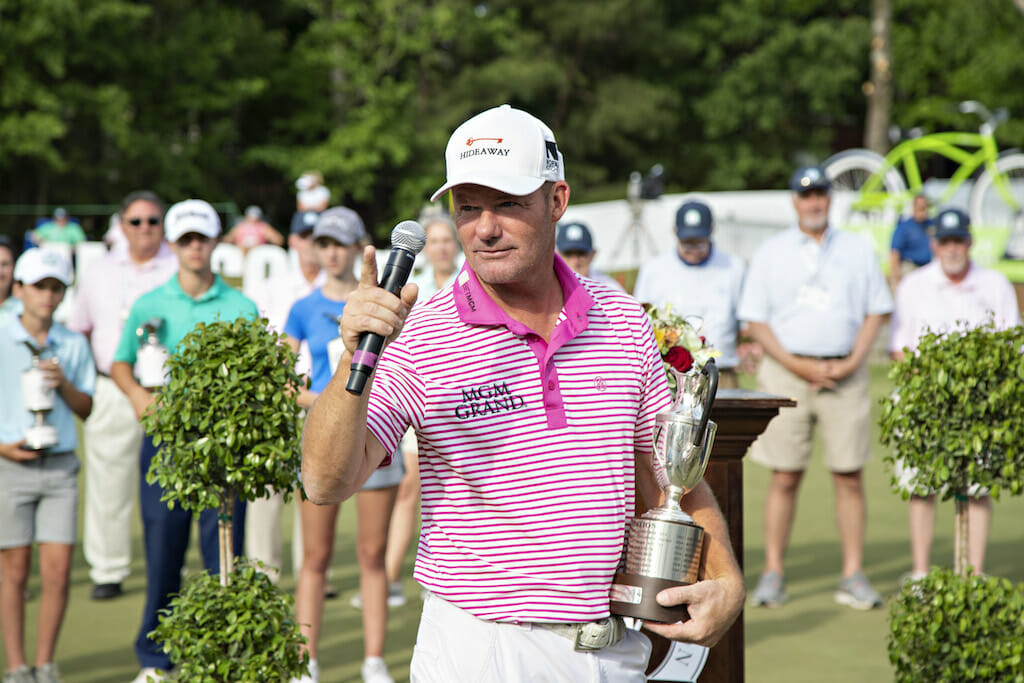 Germany’s Alex Cejka has won his maiden Senior Major in his third Champions Tour start after overcoming defending champion Steve Stricker in a playoff to win the Regions Tradition on Sunday.

The 50-year old got the better of the US Ryder Cup Captain with a birdie at the first extra hole to earn a full exemption for the next two seasons having only made the field as first alternate last Monday. Clearly inspired, Cejka nailed his birdie putt from 10 feet having tied with Stricker at 18-under in regulation play. Stricker had an eight-footer to extend the playoff but with pressure applied, he missed it, handing Cejka a surprise win at Greystone Golf & Country Club.

This win meant the world to Alex Cejka. ❤️ pic.twitter.com/QoZ5OdoeOG

“It’s incredible. I still can’t believe it. I have no words,” said Cejka. ”I fought so hard. We work so hard. I think it’s everybody’s dream to win trophies and I did it.”

Cejka had outscored Stricker by a shot in regulation play, his five-under 67 to Stricker’s 68 seeing the two leading players pull four strokes clear of Robert Karlsson in third.

Cejka was sure that Stricker, one of the best putters in the game, was gong to make his putt to extend the playoff.

“You know what, for 99% I thought he was going to make it (in the playoff) and I knew I had to make it to have a chance to go into an extra hole,” Cejka said. “It was a pretty straight putt.

“He had this putt to go into the playoff, just a little bit longer. And I watched him. It was that straight, so I played it that straight and it never moved.”

“He holed a great putt under pressure to go back into the playoff,” Cejka added. “It was a clutch putt. But in the playoff, I’m a winner. It might be different in 2-3 weeks.”

Darren Clarke meanwhile had to settle for a share of eighth having played himself into the lead on day one with a 66 in Alabama. The 52-year old signed off with an even par 72 for an eight-under tally, banking $75,000 for a productive week’s work.