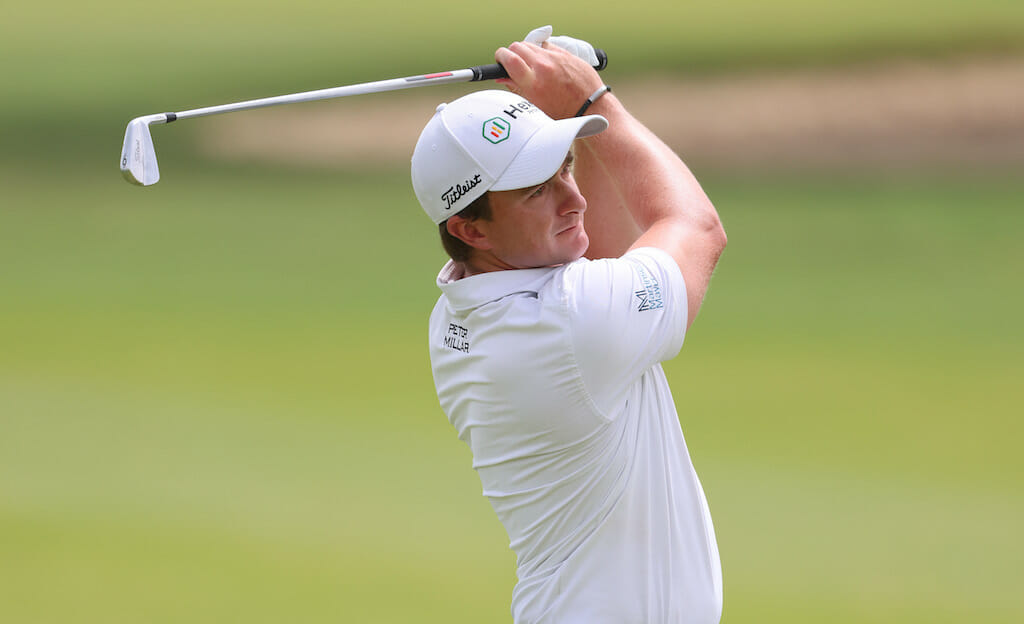 Paul Dunne made a mockery of last week’s disappointing Tenerife Open efforts to produce his lowest European Tour score in two-and-a-half years on day one of the Canary Islands Championship at Tenerife.

Dunne, 28, grabbed eight birdies in a six-under par 65 to share sixth place heading to the second round of the event on the Costa Adeje course. It placed the Greystones golfer just four shots behind Italian Francesco Laporta who signed for a nine-under par 63 to lead the field by two shots.

Laporta had observers on a ‘59’ watch with still four holes to play but finished with four pars in his 63. Dunne’s round is his lowest since a 64 on the opening day of the 2018 Turkish Airlines Open in Belek.

The current World No.1,112th ranked Irishman commenced his round from the 10th and like so many, walked off with a bogey before a birdie on 11, but only to give the shot back on 12. From thereon it was all forward gears for Dunne with birdies on 13, 14 and 17 and then making it home with birdies on the first, third and fifth holes.

And to again use that old golfing adage that two days are never the same, Dunne’s score of 65 was seven shots better than the pair of 72s in missing the cut on the same course last week.

“Compared to last week, I just hit the ball better,” he said.  “I didn’t get off to a great start again as starting on 10 is a difficult hole and after a really nice 3-iron off the tee, my second shot went through the green and made a bogey from nowhere and it kind of felt like, here we go again.

“But then I started to just string a few good swings together, which I haven’t done the last few weeks. I’ve been working hard at it but my timing has been a little bit off, my sequencing and everything looks like it’s in a good place.

“I just can’t find a rhythm to play with it but then I felt like I found it five or six holes in and I ran with it for the day and hit a lot of really consistent shots. So, I’m happy and I hope I wake up tomorrow morning and it feels the same.”

Dubliner Niall Kearney signed for a 68 with Ardglass pro Cormac Sharvin and Holywood’s Tom McKibbin carding a 69 and Jonathan Caldwell a 70.