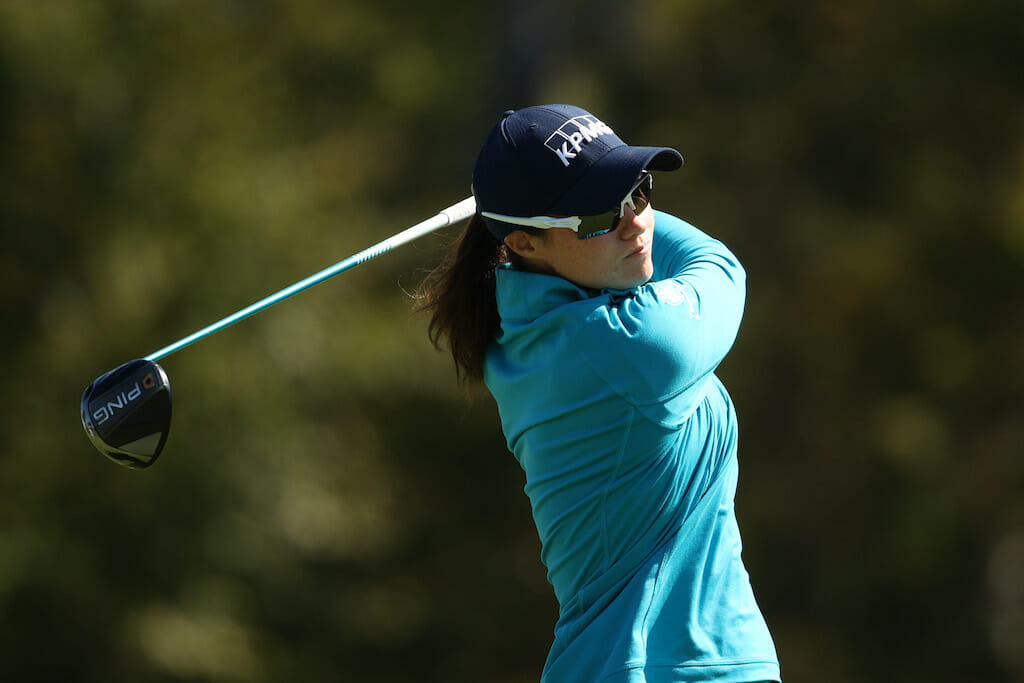 Leona Maguire missed out on one of five spots available into this year’s US Women’s Open after sharing tenth at qualifying at Morongo Golf Club.

The Cavan professional was up against it after an opening two-over pat 74 in the 36-hole one-day qualifier and despite bouncing back with a one-under 71, she missed out on a playoff for the remaining spots by a single stroke.

A fully-vaccinated Maguire is expected to return home this week before a busy spell Stateside tees off in May:

“I’ll go to that US Open qualifier and then go home for two and a half weeks hopefully and back out again there for a busy stretch that will hopefully include a few Majors right the way through the summer and I probably won’t be home before the Olympics,” she said last week.

Back at Morongo, there was a six-way tie for fourth at even par but play was suspended before places were finalised with Sweden’s Linnea Strom and Germany’s Esther Henseleit amongst the hopefuls.

Meanwhile at Redwood, Lucy Li, who came to prominence in 2014 when qualifying for the US Women’s Open at the age of 11, will return to the competition after coming through Monday’s 36-hole qualifying event at Half Moon Bay Golf Links.

Li shot rounds of 73 and 72 to finish third in qualifying and will now make her third US Open appearance having missed the cut with rounds of 78 and 78 when, we repeat, she was 11, before she played all four rounds at Shoal Creek in 2018 where she finished tied-55th at 15 years young.

At the other end of golf’s age spectrum, World Golf Hall of Famer, Juli Inkster, a two-time U.S. Women’s Open champion, tied for 20th in her qualifying bid at age 60.

The 2021 US Women’s Open will be played at The Olympic Club in San Francisco from June 3-6.