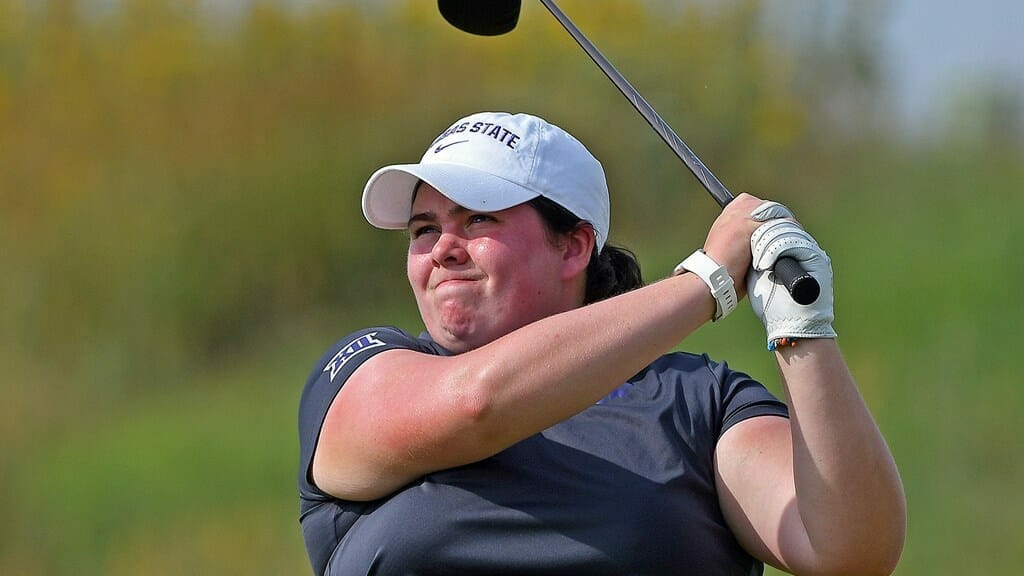 Kansas State senior women’s golfer Niamh McSherry carded a seven-under par 137 over the first two rounds of the Branch Law Firm/Dick McGuire Invitational on Sunday to lead at the Championship Golf Course at The University of New Mexico. As a team, the Wildcats are tied for fourth at 4-over par 580.

Lurgan’s McSherry’s first-round score of six-under par 66 tied for the fourth lowest in school history and marked a personal best. She tallied 11 birdies over the first 36 holes, including three in a row in the second round, to propel her into first place.

Fellow senior Reid Isaac followed McSherry in the Wildcat scoring at 1-over par 145 and is in a tie for 16th. Napua Glossner concluded the day one stroke behind Isaac and in a tie for 23rd. Haley Vargas and Heather Fortushniak rounded out the Wildcat lineup as they are tied in 56th place at 10-over par 154.

K-State ended the first day in a tie for fourth, just three strokes out of first place, while nine of the 11 teams in the field are within seven strokes of each other. The Wildcats carded identical scores of 2-over par 290 on the day.

Denver and Pepperdine lead the field at 1-over par 577. Washington, which held the 18-hole lead, dropped to third, one stroke behind the leaders. On the individual leaderboard, Denver’s Camille Enright and Grand Canyon’s Carly Strole are tied for second, two strokes behind McSherry.

The Wildcats will tee off for the final round of the Branch Law Firm/Dick McGuire Invitational at 3.30pm (Irish time) on Monday.