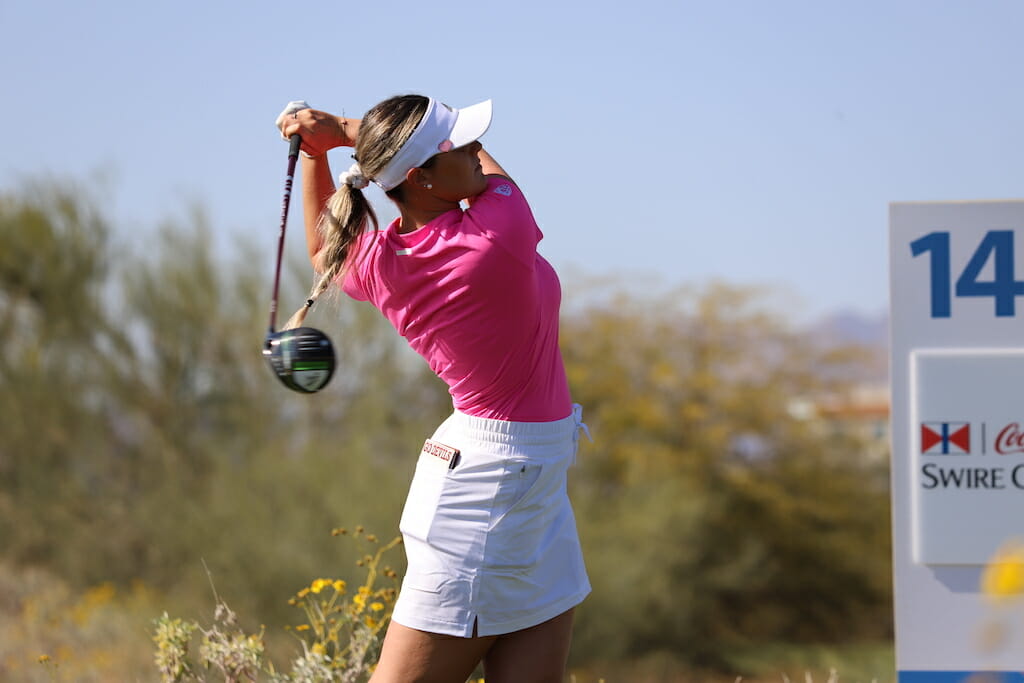 Ahead of next week’s 85th Masters Tournament, Mehaffey and McCarthy are set to compete across 54 holes of stroke play, with a cut to 30 players taking place after 36 holes. The first two rounds will take place on the Island and Bluff nines at Champions Retreat Golf Club before the entire field plays Augusta National for an official practice round on Friday ahead of the 30 and ties making the drive up Magnolia Lane for Saturday’s decider.

World number 18 ranked Mehaffey will be teeing up for the second time at the event having claimed a top-25 finish two years ago.

“It was probably the most nervous I’ve ever been,” Mehaffey reflected having teetered on the brink of the cut-mark knowing that competitive golf at Augusta was on the line.

“I knew I was a couple ahead of cut line because you’re so nervous and it’s something you really want and you have so many people at home supporting you. Being in that situation and having that experience and learning both the courses and having that, that helps you. It was nice playing today kind of knowing where you’re going and you can focus more on other things rather than learning the course which is really nice.” 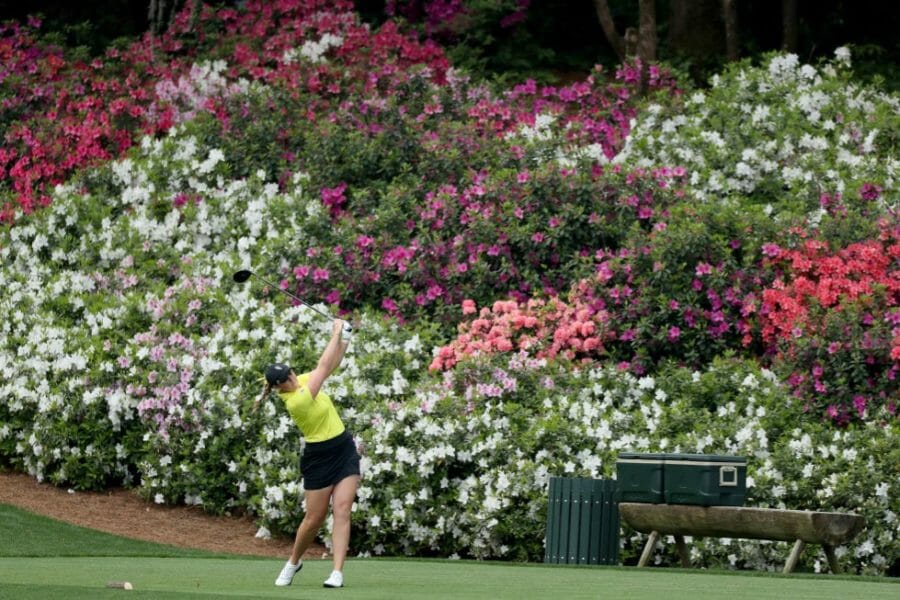 The Arizona State star will be one of the leading contenders again this week in Georgia having hit a rich vein of form of late. A school-record low 62 in the Clover Cup was followed by a tied-6th finish on debut on the Symetra Tour while a five-under 67 on Sunday saw Mehaffey help her Sun Devil Women’s Golf Team to a joint-win at the PING/ASU Invitational. All that confidence, combined with the experience this event gave her two years ago means Mehaffey is feeling comfortable ahead of this week’s tournament in Georgia.

“Yeah, definitely, you have that experience and you know what it feels like coming down the stretch and knowing that you’re close either way,” said Mehaffey. “So definitely having that experience is great, and just like knowing how the week works.

“There’s a lot of formalities and kind of a big thing for me coming into this week, I played three events straight before, but resting. I was quite careful with my time last week at our home tournament and made sure I was getting a lot of sleep because I know this week is demanding and it’s long days, and the evenings are long, as well.”

Auburn University star and Mehaffey’s friend Julie McCarthy won’t have the luxury of such experience but she’ll be hoping to take it all in her stride despite a lack of game-time this year. McCarthy was a standout performer for Auburn before covid struck the world but with playing schedules decimated, a niggling wrist injury and the death of her Grandfather before Christmas, it’s been a tough road back for the now 22-year old who has fallen from a career high 19th to 115th in the world since she accepted her Augusta invite. 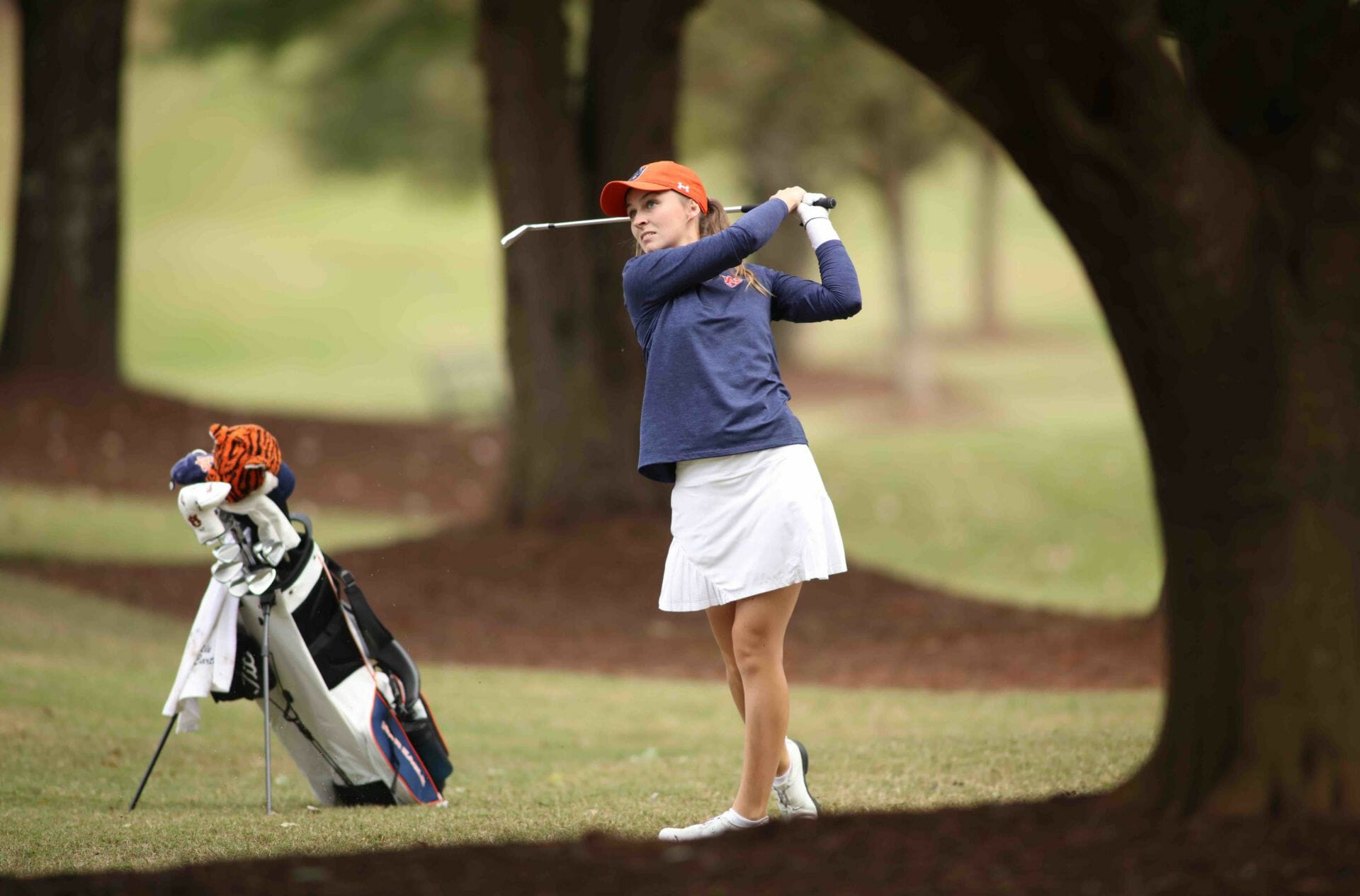 The Forrest Little star is one of three Tigers taking their chance this week at Augusta with teammates Megan Schofill and Kaleigh Telfer forming a strong Auburn presence at the event.

“I could not be more proud of these young ladies,” Auburn head coach Melissa Luellen said. “Everyone in our team works hard. Everyone in college golf works hard. Every athlete works hard. But there’s something else that elevates them to another level. These girls love to compete. They’re good in the moment. I’m just excited for their week and hope they have great play for two days to advance them to the final on Saturday at Augusta.”

“All three are very good ball strikers, and I would say Championship Retreat is a ball-strikers golf course,” Luellen added. “You don’t have to be putting great to score well there. You hit a lot of greens – all three of those players average at least 13 greens a round – and so I think the course suits them quite well.

“Augusta National, I don’t know who it suits. You have to do everything well and get a little bit lucky there. Those girls have played it. They love it. It’s just a golfer’s dream to be there.”

Mehaffey tees off at 13.40 (Irish time) with McCarthy in action from 16.33. Full scoring can be found HERE while for content throughout the ANWA, follow the ANWA Twitter/Instagram accounts (@ANWAGolf).