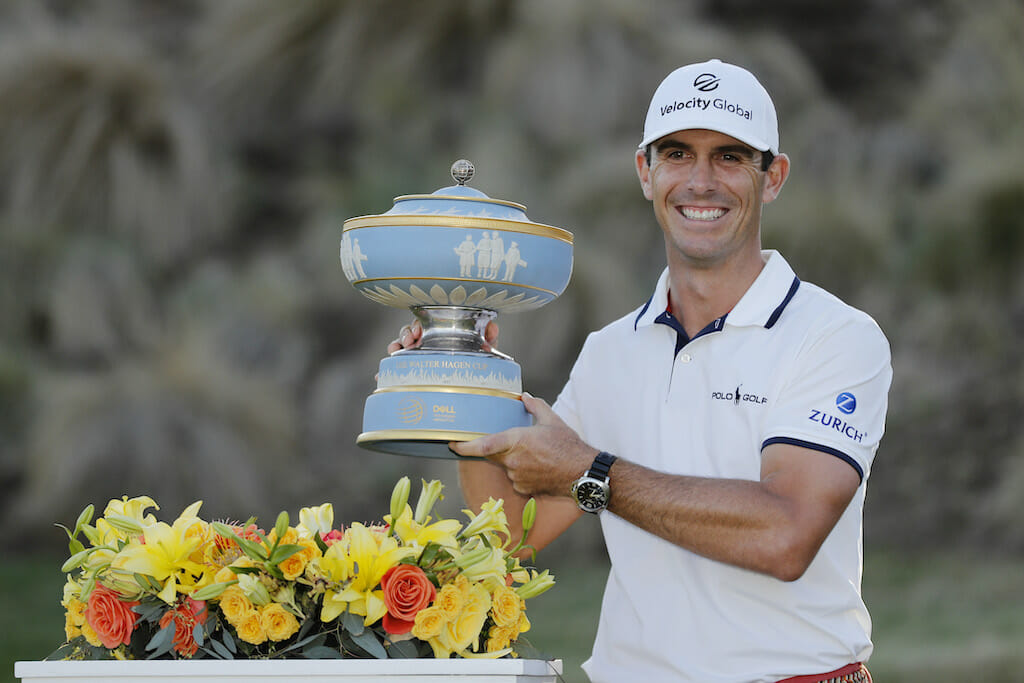 After tying second at the WGC-Workday already this year, Horschel went one place better as the 32 seed notched his sixth PGA Tour victory and his first individual title since winning the 2017 Byron Nelson.

“It’s been a lot of hard work being put in the game from my entire team and sometimes the results just take a little bit longer to show up,” said Horschel. “And we have been playing some good golf this year, just haven’t put it all together and this week maybe match play was a format I needed to get the victory.”

One-down through four holes, a brilliant chip-in from off the fifth green seemed to turn the tide for Horschel and swing the momentum of the match in his favour. They halved the sixth but Horschel won the 7th and 9th to make the turn two-up and two-up he stayed before closing out the Match on 17.

“I mean, when you get up you’re just trying to make sure you don’t do anything to give holes away and I didn’t do a really good job of that on hole 12,” Horschel added. “I hit a wedge shot that I just hit a little too hard, and then I missed the green again with another wedge shot, No. 16. And I just did a really good job of trying to manage my game.

“My swing didn’t feel great. I thought I figured it out on the range. I striped it on the range in between and came out here and it just wasn’t there. So did a good job of just managing the game, putting the ball on the green. I putt well inside 10 feet, so I’m not worried about a 4-, 5-footer coming back or whatever. So I was just trying to get the ball on the green as quick as I could.”

“I just couldn’t get really get anything going,” Scheffler reflected. “I got a few weird breaks at the beginning of the round and then a few silly shots here and there and just didn’t make the putts. A couple of misreads. Can’t really put my finger on it, it’s golf, it’s a hard game, you can’t always play your best. But I did what I could with what I had today. It just wasn’t enough.”

In the consolation match, Matt Kuchar beat Victor Perez 2&1 and banked $740,000 for third.