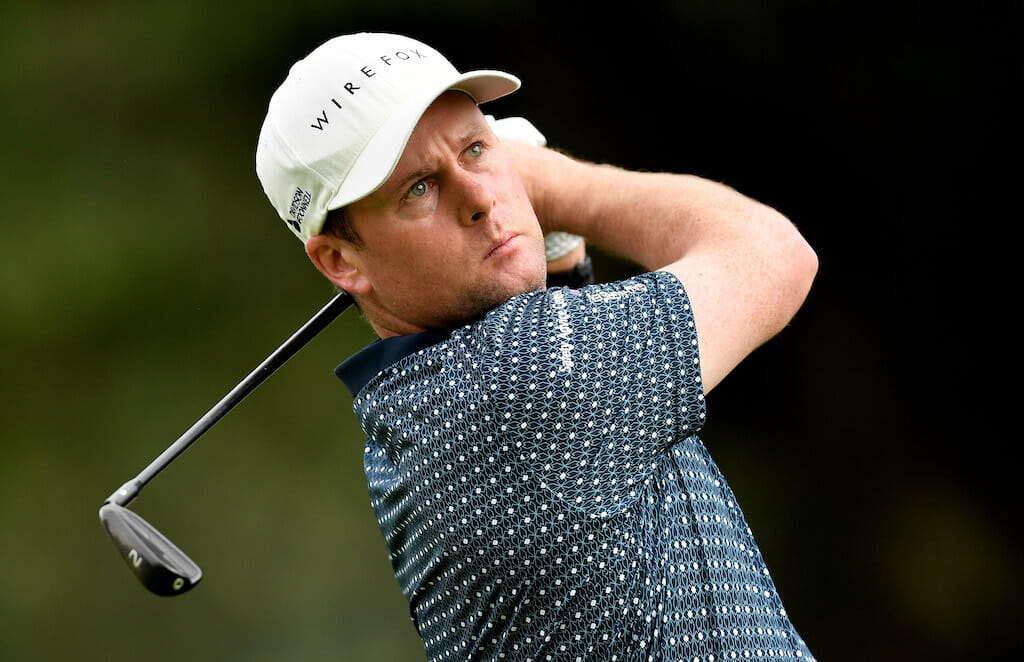 Jonathan Caldwell insists there’s no reason why he shouldn’t come out on top of the leaderboard this week if he can continue to trust the game that has put him just three strokes off the lead at the halfway stage of the Kenya Savannah Classic.

The Clandeboye professional, who missed the cut at the same course at last week’s Magical Kenya Open, breezed into the final two rounds at Karen Country Club, adding a three-under par 68 to his opening 65 to move to nine-under par.

Having now arrested a run of four missed cuts dating back to November’s Alfred Dunhill Championship, the 36-year old finds himself just three strokes off the lead in seventh despite a final hole bogey on Friday that won’t take the gloss off two fine rounds in Nairobi that have set-up his challenge.

“It’s not a surprise to come out and shoot two good rounds after a few missed cuts as there has been a lot of good stuff in my game over the past few weeks,” said Caldwell. “It was just a matter of not making silly mistakes and I’ve managed to do that the last couple of days.”

“I am very pleased with my two rounds though a bit disappointed to have my only bogey of the two days at the last hole today. My game feels pretty decent and all I need to do is to keep trusting what I am doing then I have no reason why I can’t be right up on top of the leaderboard.”

Caldwell was a model of consistency during the 2020 Covid-disrupted European Tour season where he enjoyed 14 weekend appearances including three top-10 finishes at the British Masters, the Scottish Championship and the Italian Open. His share of fifth in Italy would prove to be his best finish of the lot but he’ll be hoping to go a few places better at attitude this week on a Karen Country Club course that has clearly begun to fit his eye.

“The golf course suits my game as generally I drive the ball pretty straight, and I am pretty decent around the greens so length is not my forte so to come here, where the ball goes a long way at this altitude, is certainly nice,” Caldwell admitted.

“It’s good to be playing the same golf course two weeks in a row too as it’s my first time here. A lot of the guys have played it before, so to be here for two weeks is pretty nice. Missing the cut [last week] wasn’t good but then it gave me a few more practice rounds for this week.”

Also playing his way into the money rounds was Ardglass professional Cormac Sharvin who would’ve been disappointed with two late bogeys on Wednesday. The 28-year old has enjoyed a consistent enough start to the season, highlighted by a share of 21st at the Saudi International in February, and finds himself sharing 33rd at the halfway point this week after adding a second round one-over 72 to his opening 65 to sit at five-under par, seven strokes back.

As for Ireland’s third representative this week, unfortunately Gavin Moynihan’s miserable run of form continued after adding a 76 to his opening 72 to miss the cut by nine strokes at six-over par. Moynihan has yet to play all four rounds since the Austrian Open last July.

Scot David Drysdale and last week’s winner, Justin Harding top the board at 12-under par.