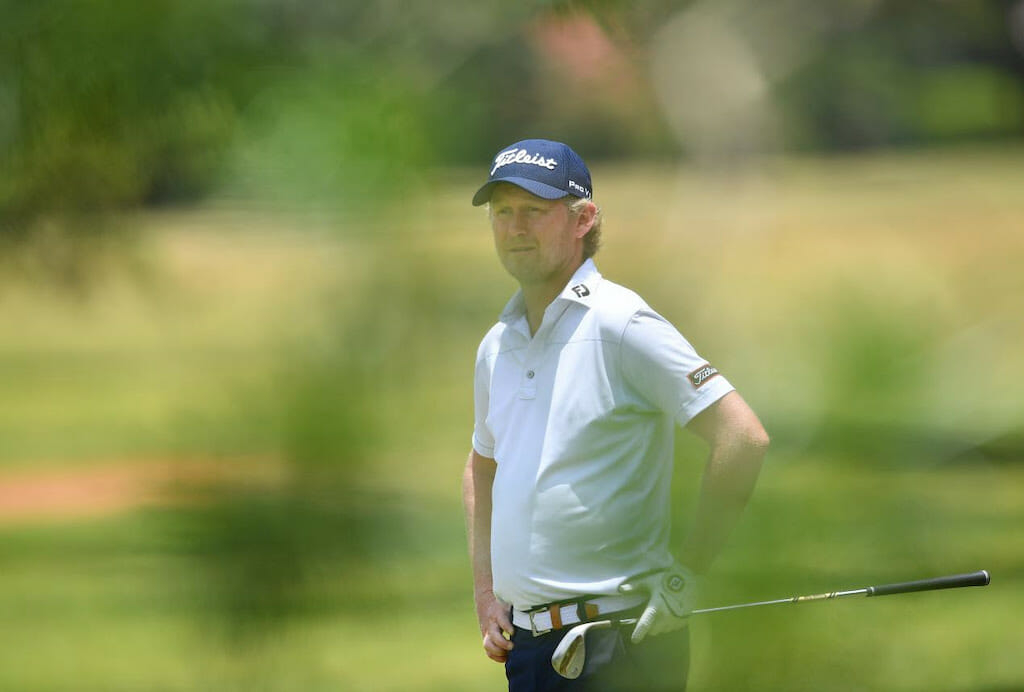 Justin Harding is in pole position for a second European Tour title as the South African carries a two-stroke lead into the final round of the Magical Kenya Open presented by Johnnie Walker, courtesy of a seven under par third round 64 at Karen Country Club.

The 34-year-old won his maiden title almost exactly two years ago at the Commercial Bank Qatar Masters, which continued a remarkable rise up the Official World Golf Ranking – peaking at 42nd in May of 2019. Included in that strong run of form was a share of runner-up spot at the 2019 Magical Kenya Open, and the 34-year-old will be hoping to go one better at Karen as he looks to build on his 16 under par total.

“I played pretty good to be fair,” said Harding. “I hit it solidly the first 12 holes and managed to make a couple of putts. I holed a wedge on ten which was an added bonus. Then after that I had my usual struggles on the 13th through the 17th and managed to roll in a good putt on the 18th to give myself a bit of an extra boost.

“I’ll give it my best effort. The golf course lends itself to a bunch of birdies. If you execute your golf shots and roll in a couple of putts you can certainly post a score. As you can see today, there are a couple of guys that went really deep.

“It’s just a matter of really taking advantage of the par fives and a couple of the driveable par fours and at the end of the day just being one shot better than the next guy. You’ve got to play it hole by hole. Two shots ahead, you’ll probably find that by the time I tee off I’m not going to be leading. It’s just going to be a matter of executing plans and trying to get over the line.”

Three players shared second spot on 14 under, with Johannes Veerman carding a flawless course-record 62 which comprised nine birdies. He was joined by his American compatriot Kurt Kitayama – who recovered from a tough spot at the seventh as his ball embedded in a sponsor board, eventually signing for a 66 – and Australia’s Scott Hend, who carded a 68. Scotland’s Callum Hill was a stroke further back on 13 under after a four under 67.