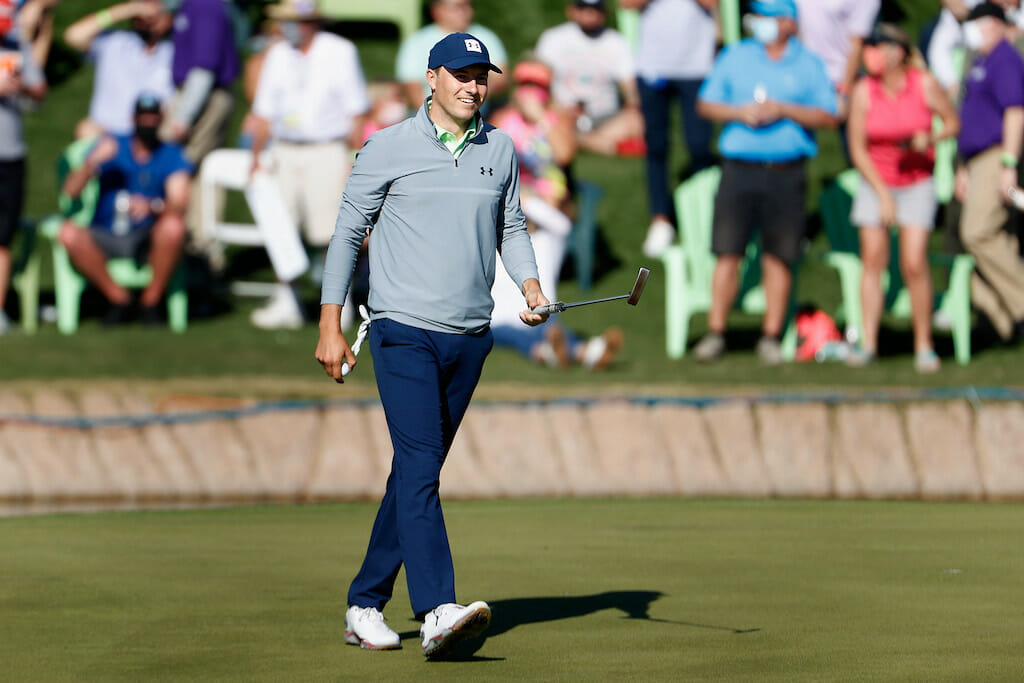 Three-time major winner Jordan Spieth has singled out PGA Tour Commissioner Jay Monahan just over a week shy of March 12th, 2020 and the Covid-19 affected decision to shut down the PGA Tour.

It was around 8pm local US time on the opening day of the flagship Players Championship at TPC Sawgrass when players and caddies received a group text to advise the event was being cancelled. It was not until June 11th, three months later, when the PGA Tour returned to the Charles Schwab in Fort Worth, Texas.

Spieth, surprisingly contesting a maiden Arnold Palmer Invitational, was asked what has surprised him in the now 12-months on from that day in March last year.

“I think there’s a lot more that surprises me than what doesn’t,” said Spieth. “I mean, there’s a lot that surprises me. I know after being on those calls there was a lot of concern about whether we would be able to play golf in 2020 and beyond. And the plans that were set in place, the safety measures, they got the players but also the staff and the tournaments to feel comfortable coming out and taking what risk there was and is to bring golf back was significant and certainly can’t be overlooked by all the people involved in allowing it to happen and making it happen.

“When I personally look back, I just, I give a lot of props to Jay Monahan for the work that he put in. And a lot of times it’s easier to see how good a leader is when you’re in tough times than when you’re in good times, and I thought that, when I look back, I mean, if I could have had anymore respect for Jay Monahan, I think I speak for most of the players in saying that this last year has proved that we have phenomenal leadership.

“I think clearly everybody, there was a hesitation with a couple players as we came back to golf and then it seems like everybody has really embraced the roles now as we start to almost work our way back towards normal, towards normalcy at these events with allowing fans this week, next week. And certainly that will be kind of the next stage to see how that works. I’m surprised with a lot of it, with how successful June of last year until now has been with the PGA Tour.”

And Spieth revealed his reasons for finally making his first showing this year in ‘Arnie’s event’.

“I was really close but didn’t quite qualify for last week’s WGC and just wanted to kind of keep the momentum going, keep playing,” said the present World No. 62.

“I’ve never played here and I haven’t played Honda Classic before and both courses, when I’ve watched over the years, I love Bermuda grass, I love windy conditions, difficult golf courses and they just, because of the West Coast Swing into the World Golf Championships and then into the Texas events, into the Masters, it’s just, you got to take a week off here or there sometimes.

“And this year, without being in last week, I thought this week would be a really good opportunity to play a difficult golf course. And honestly, I haven’t had much success at The Players Championship, so being able to get some reps and continue trying to work hard on the game leading into The Players could really help next week as well. So, I saw it as kind of a win-win. It was nice to actually probably have a break after a four-week stretch on the West Coast and then work our way now into this spring stretch that leads into The Players and then into Augusta.”