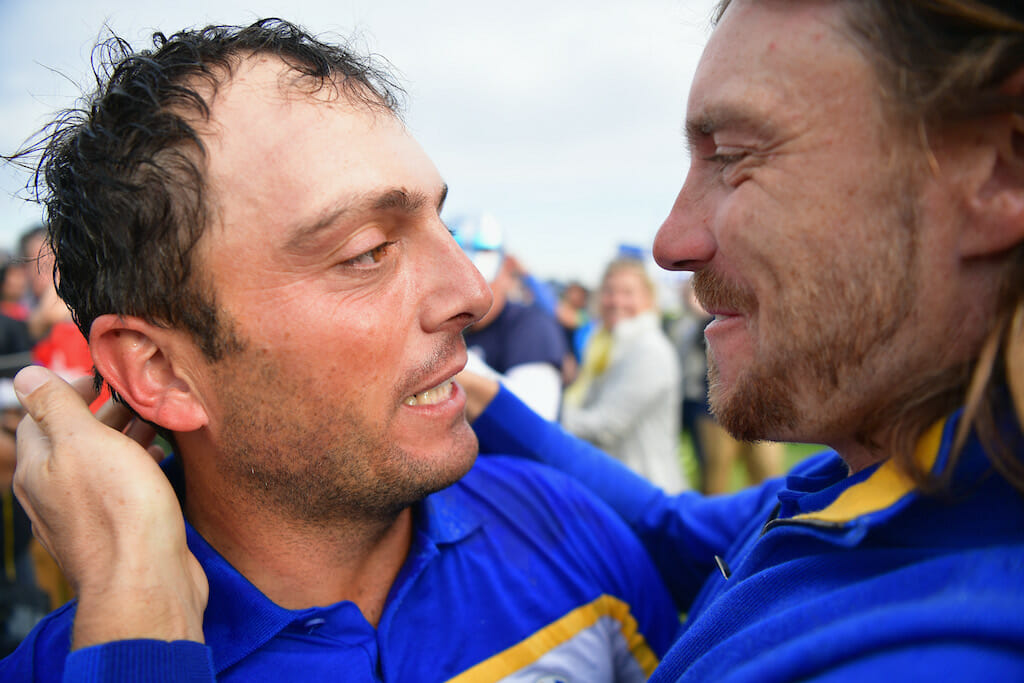 The only European Ryder Cup player to win all five of his matches against the USA insists he does not need to remind European captain Padraig Harrington of his credentials.

Francesco Molinari created Ryder Cup history amid joyous scenes in September 2018 winning all five of his matches to help Thomas Bjorn’s side to a seven-point success on the outskirts of Versailles in France. It was Molinari’s third Ryder Cup and a third team success having been a member of the 2010 and 2012 winning sides.

However, times have changed and after the 2018 season when he became the Open Champion, captured the BMW PGA Championship beating Rory McIlroy down the stretch, along with capturing the Quicken Loans on the PGA Tour before ending the year as European No. 1, the very affable Italian has struggled.

In the 27 tournaments since winning golf’s oldest major at Carnoustie, the now World No. 107 has had just three top-10s and two of those were earlier this year – a T8th at the American Express and a T10th at the Farmers Insurance Open. Hopefully, that winning form is returning to the 38-year old Italian.

And with Harrington teeing-up at this week’s PGA Tour stop at Riviera, where Molinari is now a member, he was asked ahead of a first PGA Tour event on his new home course what would he say to Harrington of his desire to be heading to Whistling Straits under the Irishman’s captaincy.

“I don’t think I need to say anything to him. He knows me enough,” said Molinari. “I have a lot to prove, I’ve been out for a long time and obviously there have been guys that played great golf last year when I was out, so it’s up to me really, not so much up to Padraig.”

If Molinari were not to qualify automatically, would he like to be heading to Wisconsin if it meant his golf clubs stayed in California and he were a member of Harrington’s backroom team?

“I haven’t been asked, but yeah, I would love to be there in any capacity,” he said. “Obviously the goal is to be there as a player, but yeah, we’ll see how the year goes. I’m sure we’ll have that conversation if needed at some point, too.”

And how is life with the family now in residence in southern California and, more importantly, how do you rate the Italian food?

“Life in L.A. has been really good so far. My family loves it, I like it a lot. We’ve been lucky enough to find good schools for the kids,” he said. “We go to the beach often, the weather obviously has been a massive improvement from spending the winter in Europe. And the Italian food is not too bad. Yeah, there’s some pretty good spots.”

There’s been one big change to Molinari’s attire in 2021. He’s sporting a Callaway cap.

“Yeah, the Callaway cap is just a small change from the last few years. I still wear Nike clothing, but the cap was out of the deal and nice to represent Callaway,” he said. “They’ve been very good to me and they’re helping as much as they can to get me back where I want to be. It’s nice to have their support.”