Kaymer shares Els advice as journey back to the top continues 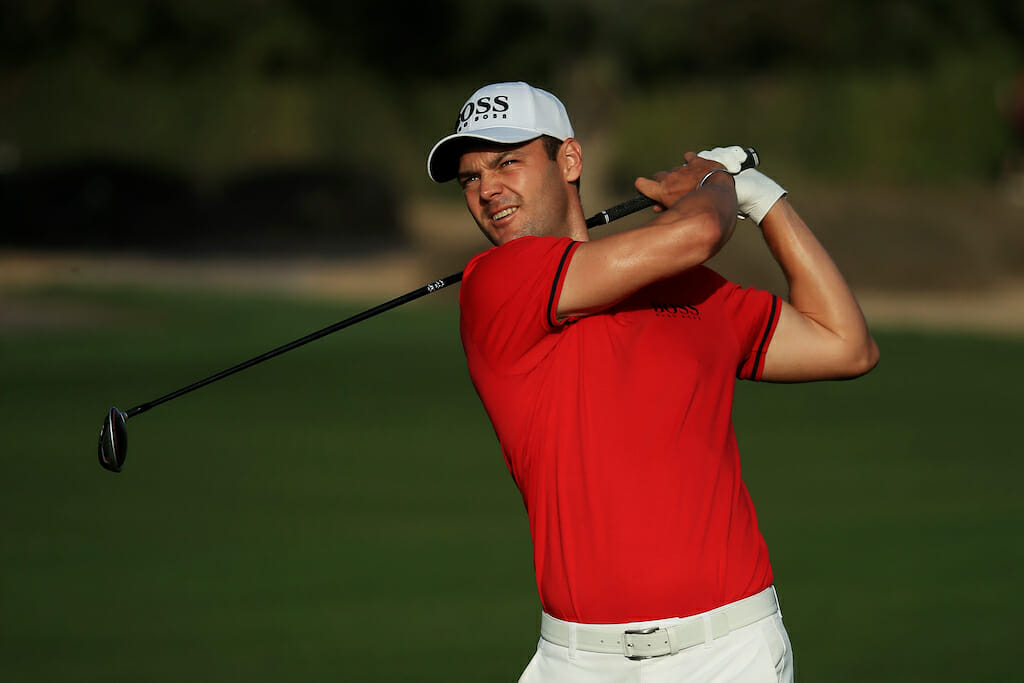 In a typically honest interview, two-time Major winner Martin Kaymer revealed that he approached Ernie Els for some career advice after a second round 70 at the Omega Dubai Desert Classic.

The German has been extremely forthcoming about his struggles on the golf course in recent times. Kaymer has not tasted victory since the second of his Major Championship wins at the U.S. Open in 2014 but has been showing plenty of promise of late, not least this week where he sits at six-under par at the halfway stage in Dubai.

The 36-year old trails clubhouse leader Robert MacIntyre by three strokes after the morning wave completed their second rounds and gave an honest assessment of not only where his game is at, but his mind too, ahead of the weekend in the desert.

“My putting has been really good over the last couple of days,” Kaymer said. “Yesterday I saved my score a lot, ball-striking hasn’t really been like me so I needed to have something in my game that saved the rounds and yesterday was putting and today was more solid but I would say my short game has been quite sharp.

“I talked to Ernie about it today and I asked him if he was in my position being 36 years old what would he recommend to me? He just said sharpen up all parts of the game a little bit that even if you don’t have a great week and you still finish in the top 15-20, that sharpness of those little parts of the game (remains). That is difficult when you are playing all around the world and that sidetracked me a little bit. So I need to work a little bit, but I enjoy the work.”

Shane Lowry was amongst those finished early, however the Clara man was only able to add an even par effort to his opening 70 but will advance to the weekend rounds at two-under. Graeme McDowell won’t be joining Lowry after the former U.S. Open winner added a 73 to his opening 76 for a five-over tally and a second missed cut in as many weeks on Tour.