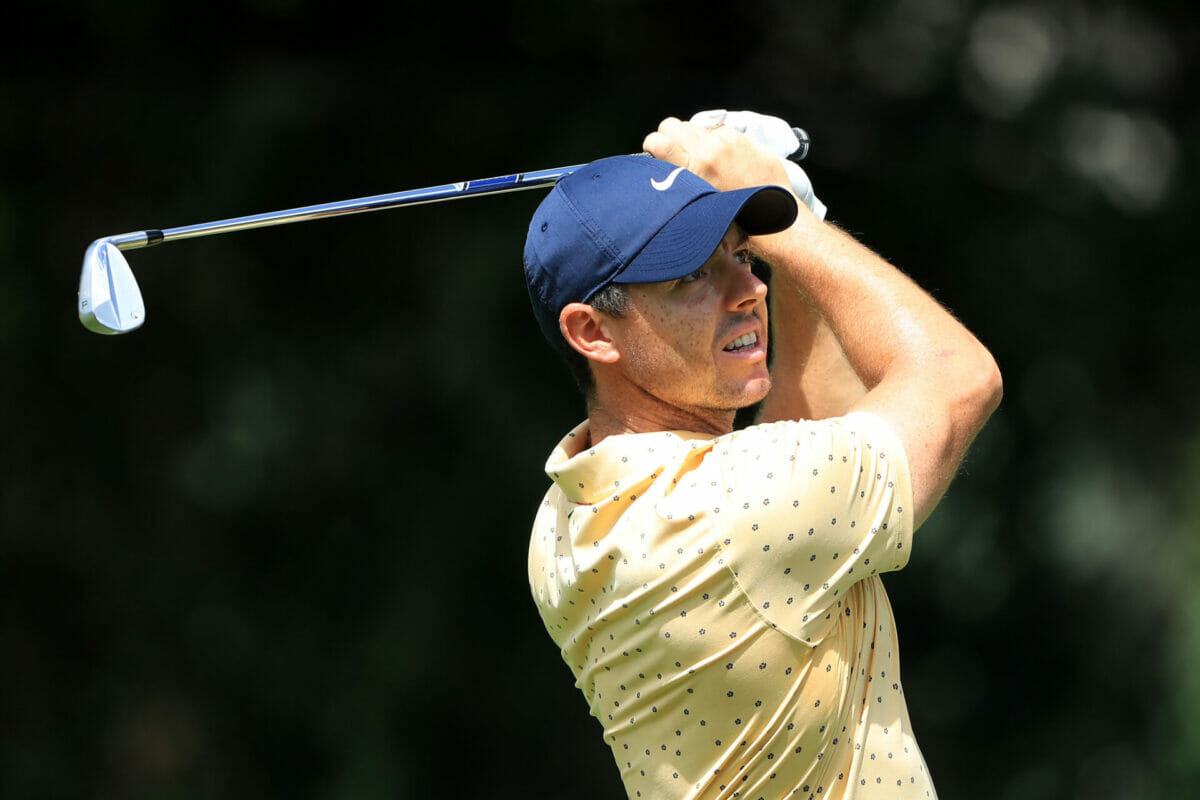 Rory McIlroy has returned to the PGA Tour and this week’s third straight appearance in the Farmers Insurance Open, in what will also be a first of six events in a seven-week run Stateside.

McIlroy wasted little time leaving behind the clouds of his Abu Dhabi HSBC Championship campaign to arrive at a Torrey Pines course laid out along the bright, blue Pacific Ocean. And while foremost on the mind of the current World No.7 will be a first taste of victory since November 1st, 2019, he will also be largely thinking about his build-up to the 2021 Masters. McIlroy will contest:

The decision to drop amateur partners means McIlroy will not contest next week’s AT&T Pebble Beach pro-am but is adding for the first time in his career the following week’s 5,000 spectators limited per day Phoenix Open in Scottsdale, Arizona. The sixth of his run over seven weeks will be returning to the Players Championship where he had been defending champion a year ago only for the opening round to be cancelled on March 12th .  It was not until June 11th when the Tour finally re-emerged from the COVID-19 related lockdown.

“I felt like I had a pretty quiet fall… and then took nine weeks off after the Masters,” said McIlroy ahead of the Farmers. “So, I just wanted to get back out and play. It felt like I stopped last year on quite a positive note the way I played at Augusta and I just wanted to keep that going into the start of this year.

“I feel like the more I play the more I’ll get comfortable with my game and know where it is. Just a good opportunity to hit the ground running this year. Also, obviously playing this tournament, but looking ahead to June and the U.S. Open here as well, it will be nice to at least have it fresh in the memory for then, too.

“Yeah, good to be back. I’ve played well here the last couple years. Got to see the South Course today. I only got in yesterday so I didn’t ‑‑ I was thinking of maybe trying to go out and get nine on the North, but it didn’t work out that way. Just played 18 on the South and played there, playing that course again tomorrow. Then I’ll play the North blind on Friday, but I’ve played it the last couple years and know it pretty well. Yeah, good to be here and looking forward to getting going tomorrow.”

Of course, there’s no denying Augusta, Georgia is very much on McIlroy’s mind in just over nine weeks from now, in what will be hopefully lucky ‘Take 13’ in looking to win the one Major to elude the current 31-year-old. And looking ahead to the Masters, McIlroy looked back on the work he undertook since his last event of 2020 prior to heading off the other week to Abu Dhabi and his opening event of 2021.

“I think I made some good progress in the fall last year,” he said. “It obviously wasn’t the year that I wanted or the play that I expected to have, but saw some good signs in the fall, in the Masters, and then Abu Dhabi last week I had a couple of good rounds and a couple of not-so-great ones. I think the game, it’s coming around. It’s definitely in a better place than it was a few months ago and I’m feeling pretty comfortable.”

And it seemed that McIlroy was quite comfortable traveling halfway around the globe on Sunday night and back to the US West Coast. Not only has he finished T3rd and a T5th in prior Farmers Insurance Opens but from June 17th to 20th the Torrey Pines South Course will host the 2021 US Open so there’s an extra reason to be teeing-up this week.

“I think it’s a wonderful layout for a major championship. I think it stands up ‑‑ to have a U.S. Open here, it stands up to basically the most elite level of golf that we play, the toughest test we face all year for the most part,” said McIlroy. “But no, I’m not really going to be thinking about what they’re going to do because I just have to play the golf course that’s in front of me this week.

“I think three competitive rounds on the South Course this week, it will be fresh in my memory when it comes around to June and the U.S. Open’s on. Obviously, the course is going to play much differently in June, I would expect the rough to be up a little bit more and the greens to be a little bit firmer, a little more premium on accuracy that week than maybe there is this week, but it’s not as if you’re not trying to hit the fairways this week either. So, if I can go out and play well and shoot three good scores on the South this week, it will give me some confidence going into June.”

As well, McIlroy has this year’s PGA Championship to look forward to, returning to Kiawah Island for a first occasion where he brilliantly captured a second Major of his career winning the 2012 PGA Championship.

“It’s nice to go back to familiar venues and venues that you’ve played well on,” he said. “Obviously Augusta, it’s still very fresh in the memory, it’s only two tournaments ago. I played Abu Dhabi last week and before that was Augusta. Again, as I said before, I’m just trying to play the golf course that’s in front of me this week, which is Torrey Pines, and next week I’ll try to do the same at Scottsdale.

“It’s hard because you’re always assessing your game and say, okay, how is it going, is it progressing, with trying to get yourself in the best possible state for April. But I don’t think anything can put you in a better place than playing well at golf tournaments you’re playing and getting into contention and winning. I think winning and being in contention and playing good rounds of golf, that’s the best way to prepare for going into major championships.”