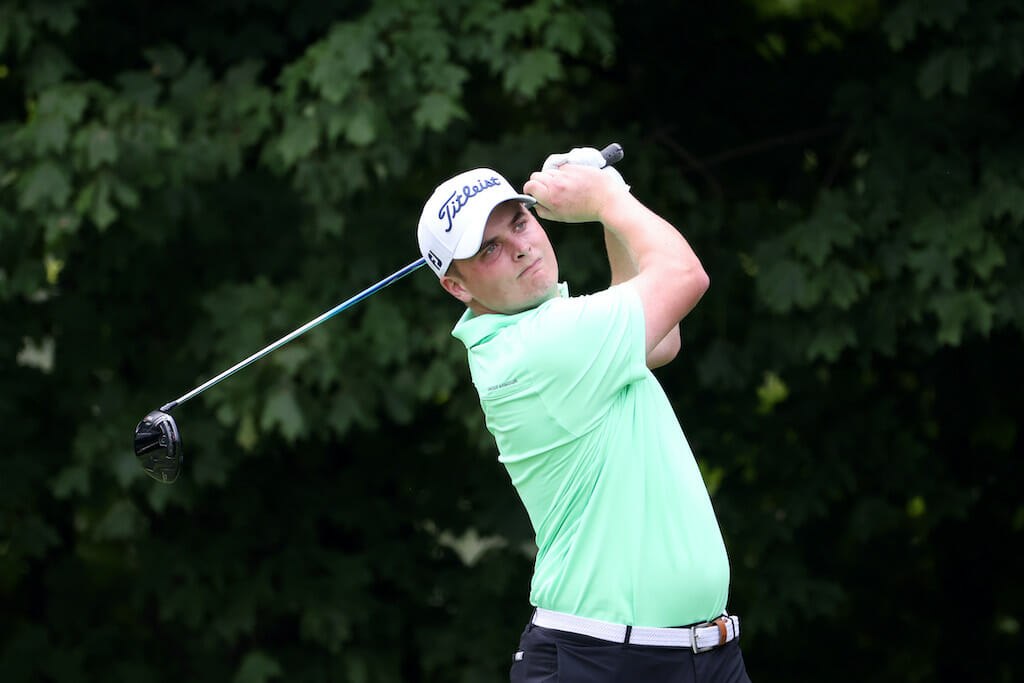 The Mallow man leaves behind a stunning amateur career that was highlighted by his win at The Amateur in front of 3,000 home supporters at Portmarnock in the summer of 2019. That victory opened doors Sugrue had previously only dreamed; two rounds with former Open Champion Darren Clarke at The Open at Portrush, a drive up Magnolia Lane for the Masters and a US Open debut at Winged Foot.

Delighted to announce I have signed with Johan Elliot at @SportyardTweet to help me along the way in my professional career.

“I just thought there was no better time to grab the bull by the horns,” said Sugrue, who had moved to fifth on the World Amateur Golf Rankings before turning pro as the top European amateur.

“I’ve really enjoyed my time as an amateur. I’ve played in so many top events. Winning The Amateur at Portmarnock will always be a highlight but after experiencing The Masters and The US Open and tournaments like that, I just felt the time was right to start my professional career.

“I’ve learned so much from experiencing those professional events. I would say that the eye opener wasn’t so much seeing how they hit the ball or how far they hit it but how well they putt. That was the aspect of the game they seemed to manage a lot better than me so I’ve put a lot of work into that part of my game with my coach Michael Collins over the last while and I feel more ready than ever to give this a really good go.

“I wouldn’t be where I am today without the help of the GUI and much like I did throughout my amateur career, I won’t be setting any specific goals for 2021. I’ll get out there, learn as much as I can and just try to enjoy my golf. Hopefully the rest of it will take care of itself.”

A former South of Ireland Champion and Walker Cup player, he also enjoyed appearances amongst the pros at last year’s Irish Open and the European Tour’s Oman Open. He joins Sportyard whose past clients include Johan Edfors, Carl Pettersson, Martin Kaymer, Alvaro Quiros and European Ryder Cup vice-captain Robert Karlsson, who since returned to the Swedish outfit in 2017.

From everyone at IGM, we wish you the best of luck on your professional journey, James.