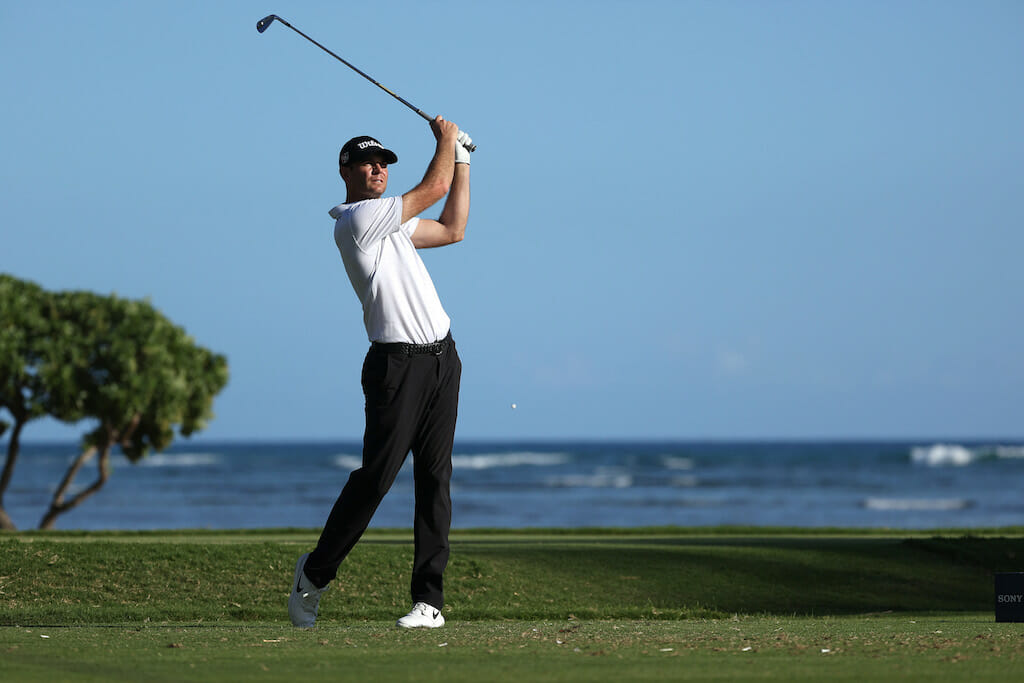 Brendan Steele fired the lowest score of his PGA Tour career – a nine-under par round of 61 – to take a two-shot lead into the final round of the Sony Open in Hawaii.

At 18-under par, Steele has set up a shot at redemption having looked the likely winner last year too before losing out to Cameron Smith in a playoff. Two shots clear with two holes to play last year in Honolulu, he’ll know more than anyone that his lead is a precarious one ahead of Sunday’s final round, but that’s not to say he doesn’t remain the man to beat on a Waialae Country Club course that has been there for the taking all week.

“You hope that you come back and you play well and erase whatever negative memories there are, but all the memories are pretty positive. Playing great here last year was good, and I’m excited for the challenge tomorrow,” Steele said. “I know it’s going to be really tough. Guys are coming after me. But I’ll just do my best and hopefully it will be enough.”

Indeed, there are plenty of challengers with Kevin Na in the group just two shots back at minus-16 after firing a 61 of his own on moving day. Last week’s runner-up at the Sentry Tournament of Champions, Joaquin Niemann posted five birdies and an eagle in a blemish-free 63 to join Na as his run of form continues.

“I took a lot of experience from last week,” said Niemann. “I’m just going to try to put everything I took from last week into this week and hopefully try to win it. I’m playing great. Just need to keep doing the same stuff I’ve been doing these two weeks and hopefully get a good round tomorrow, and you never know.”

Stewart Cink birdied his final hole for a 65 to be amongst the group three shots back, alongside Charley Hoffman (64), Peter Malnati (64), Chris Kirk (65) and Russell Henley (65).

Starting times have been moved up by two hours on Sunday with hopes of finishing before  tropical storms blow in. With the course soft and vulnerable following overnight rain on Saturday, there were ten scores of 64 or better. The average score for the third round was 66.7. With that in mind, Steele will know that another low one will be necessary to ensure safe passage to the winner’s enclosure after coming so close last year.