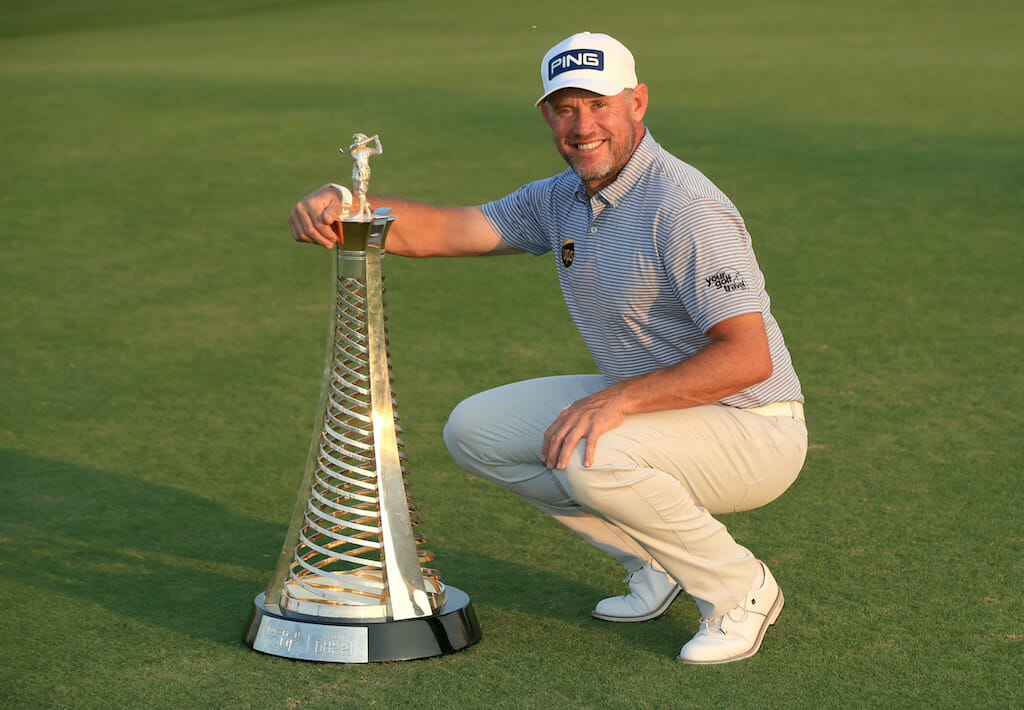 Lee Westwood has capped a superb season in being voted 2020 European Tour ‘Golfer of the Year’. It is the fourth occasion in the now 47-year old’s career that Westwood has won the award.

A committee of seven, including this journalist, were afforded the invitation to join the voting committee, with all but one voting for Westwood. Westwood commenced the 2020 Race to Dubai season winning the Abu Dhabi HSBC Championship and ended a very ‘different’ year some 140 kms north in finishing runner-up in the season-ending DP World Tour Championship in Dubai.

“I am very honoured and extremely flattered to have been named European Tour’s golfer of the year as I know the competition for the award this year would have been extremely high,” said Westwood, who also won the accolade in 1998, 2000 and 2009.

Westwood praised the European Tour for putting on a full schedule this year in difficult times during the coronavirus pandemic. An elder statesman of the tour, the former top-ranked player played his part by hosting the British Masters in July — a tournament that marked the full resumption of the tour’s 2020 season following a three-month stoppage.

“His performances and his professionalism are matched by his longevity and his commitment to European golf,” the tour’s CEO, Keith Pelley, said about Westwood. For Lee to call shortly before our resumption and ask what he could do to help the tour is testament to the person and the player he is.
“To then go on to become the European Tour’s No. 1 player for a third time, 20 years after he first achieved that accolade, was a storybook way to end this most challenging of years.”
Westwood recorded six straight top-20 finishes from the UK Championship in August to the Scottish Championship in October.