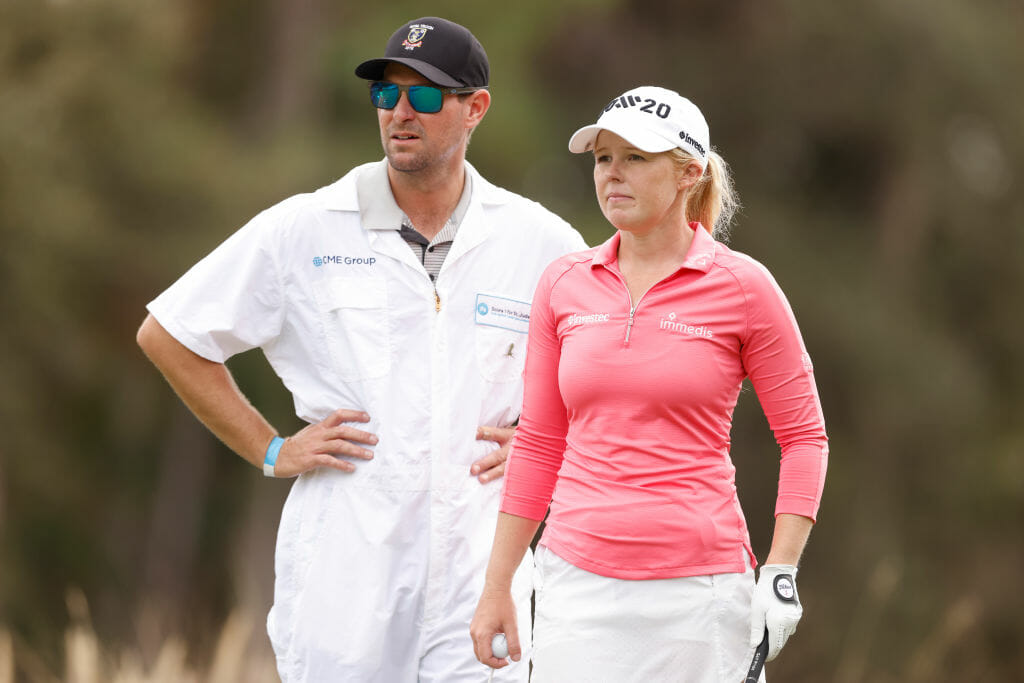 Stephanie Meadow has carried her recent good form into the CME Group Tour Championship this week after opening with a first round 70 (2-under par).

The Jordanstown native started on the back nine and birdied her first (10th) and eighth (17th) holes before bogeys on one and four brought her back to level par for the day. She immediately bounced back with birdies on six and seven and at the close of play is just five shots off the pace in T16 position.

Leona Maguire, who will be delighted to have made the Tour Championship in her rookie LPGA season also started on the back nine and was going superbly after also birdieing her first (10th) and her eighth (17th) but a bogey on two and a double on four knocked her back and she finished with a one-over par 73 and in a tie for 45th place after day one.

At the top of the leaderboard is American Lexi Thompson who opened with five birdies in her first seven holes before dropping a shot at the ninth. Three more birdies on the back nine saw her return a seven-under par score and she carries a one shot lead over Denmark’s Nanna Koerstz Madsen into day two.

“I’ve been working so hard on my game in general trying to improve on it, and it’s been kind of an up and down rollercoaster with an unfortunate week last week,” Thompson said, in reference to her missed cut at the U.S. Women’s Open in Houston. “But I’ve worked extremely hard this last week coming into this so I’m very happy with how today went and how I committed to my shots.”

Thompson has her brother Curtis, who is a Korn Ferry Tour winner, on the bag this week and the dynamic certainly seems to be working for her.  With just two top-10 finishes so far this season and seemingly struggling for consistency of late she commented; “Honestly, I’ve just been trying to find something that’s worked in my swing, something that felt like my swing had a good rhythm to it. He (Curtis) basically reads every putt with me. Besides like the short ones. I’ll just say — from like three to five feet I’ll just be like, ‘not much in it, left centre,’ and he’ll just agree with me. But, yeah, he’ll get in there and read every putt with me. It’s nice to get reassurance and extra confidence.”

Thompson will have to keep up the momentum to stay ahead of the chasing pack with Megan Khang, defending Champion Sei Young Kim and Caroline Masson all just one shot adrift of Koerstz Madsen at five-under and a wider chasing pack that includes Anna Nordqvist and Minjee Lee at four-under.