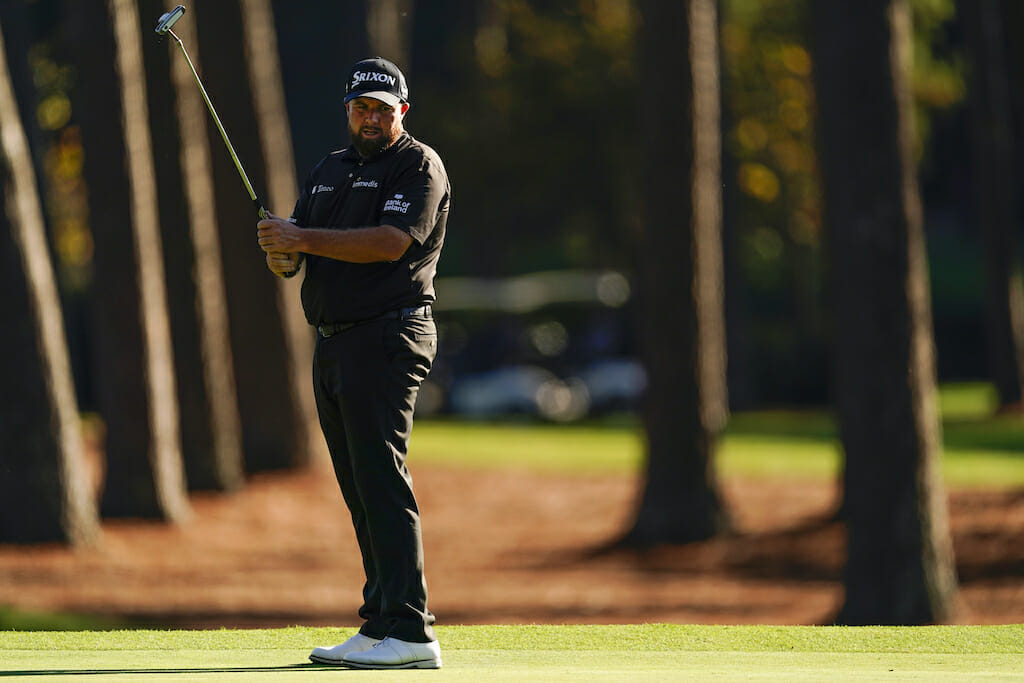 Another trip to Augusta National, another learning experience for Shane Lowry – though don’t make the mistake of confusing Lowry’s visits to Georgia as recon missions and not opportunities to add to his maiden Major title. The Open Champion was asked after Sunday’s final round – where he carded a 73 for a four-under par tournament tally and a top-25 finish – ‘when you come back in April, will you think more about winning than just trying to learn the course?’

“Oh, no, I’m here to win,” Lowry insisted, somewhat taken aback by the question. “Like I’m not just here to learn. I’m here to compete. When you shoot 74 the first day you’ve shot yourself in the foot, so you’re going out there then to try and make the weekend and you’re trying to finish as high up the leaderboard as you can.

“What is Dustin at, minus 17? So you shoot 2‑over the first round you have no chance.  So yeah, I don’t show up to tournaments to finish 10th or 5th or wherever. I show up to put on my best performance, and I’m hoping that brings me into contention and all that, and then when you get there you just want to kick on and try and win the tournament from there.”

There’s no rest for the wicked this week as the 33-year old – who teed up the week prior to Augusta for a tough grind in Houston – returns to the fairways of the PGA Tour for Thursday’s starting RSM Classic. Since 1983 -with the exception of 2011 – gluttons for punishment post-Masters would put their clubs in the car and make for Hilton Head and the RBC Heritage, something many will again do in April. However, this year is different with Lowry and co headed for the Golden Isles of Georgia and the 11th edition of The RSM Classic. Beyond that, the Clara man remains unsure of his schedule.

“I’m playing first in Sea Island next week, and then to be honest I don’t know what I’m doing after that, whether I’m playing for the rest of the year or not. I might take some time off and start again next year in the Middle East,” said Lowry, who has committed to playing next year’s Saudi International on the European Tour.

“But we’ll just have to wait and see, but obviously the Masters it actually going to come around very quick again, isn’t it. It’s hard to believe Christmas is in a couple weeks and we’re standing here on the Sunday of Augusta. It’ll be weird. But it’ll be nice to come back here in April as it always is.”

Indeed there’s plenty to look forward to for Lowry in 2021, not least the defence of his Open Championship title won in extraordinary fashion in July last year at Royal Portrush. The only Major championship to fall from the golfing calendar due to the pandemic, the one upside of his delayed defence is another Christmas with a prized piece of silverware taking centre stage at an enviable Lowry banquet table.

“Yeah, obviously I can’t wait [to defend],” said Lowry. “But it will be nice to have the Claret Jug on the Christmas table again this year. Yeah, like back to St. George’s next year to defend. Look, hopefully the world is back to some sort of normalcy and we have some crowds. It’ll be nice to go back as defending champion and hopefully put on a good performance and maybe win another one.”