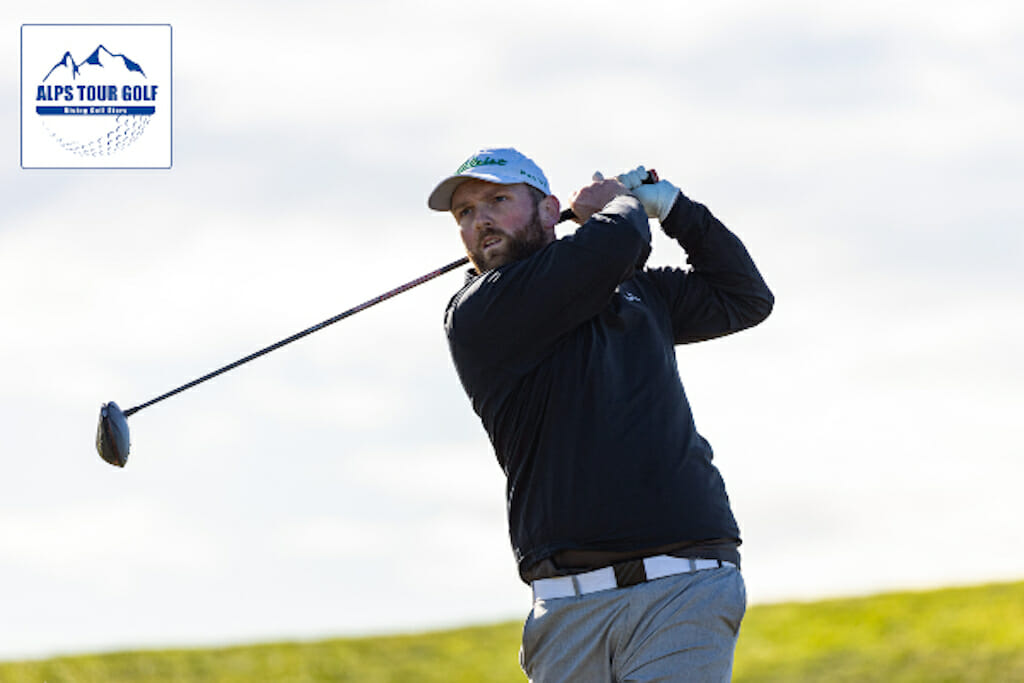 Druids Heath professional Simon Bryan made light work of blustery conditions to fire a three-under par round of 69 and set the pace at the final stage of Alps Tour Q-School.

“It was very windy; it was basically like being back at home but just with much warmer weather,” Bryan reflected ahead of tacking the Golf Nazionale course on Wednesday. “So, keeping the ball’s flight down was pretty handy and with some of the greens being soft we could get at some of the flags, but you had to pay attention with being short sided. It was good, I kept ball in hand pretty much most of the day and when I was out of position on the greens, I just tried to put it close.”

No stranger to the Alps Tour circuit, Bryan impressed at Stage One last week in Italy and has been acclimatising to his warmer surrounds ever since Ireland went into lockdown.

“I’ve been here for three weeks,” he explains. “As soon we went into lockdown, I straightaway got onto the Alps Tour and then I got the General Manager’s email and we asked if we could come over and practice and they were more than happy to have us over. “So I’ve been playing this golf course for three weeks solid. There were a couple of times today that I didn’t even look at the yardage book and just hit the shot. So, it was really nice to have that and it helped big time. We also got in a couple of practice rounds on the Golf Nazionale, so that’s tomorrow and I’m looking forward to it. I have a good game plan in place which is key on that course.”

There is a bit of a bottleneck in second position with seven players sitting at -2 (70) including Bryan’s good friend, The Island’s Paul McBride. Playing Golf Nazionale, the Dubliner was also comfortable in the wind, carding four birdies and two bogeys in a rock-solid opening effort to his Q-School campaign.

Two shots behind McBride was a familiar face in Rhys Clarke who had four birdies but as many bogeys in an even par effort around Terre dei Consoli. Currently 13th on the board, Clarke is sitting pretty ahead of Wednesday’s course switch for the second round at the end of which comes the cut to 65 players. From an Irish point of view, Peter Dallat is outside that mark in a share of 83rd  after an opening 78 while Portmarnock’s Conor Purcell will need something special after a disappointing round of 80.