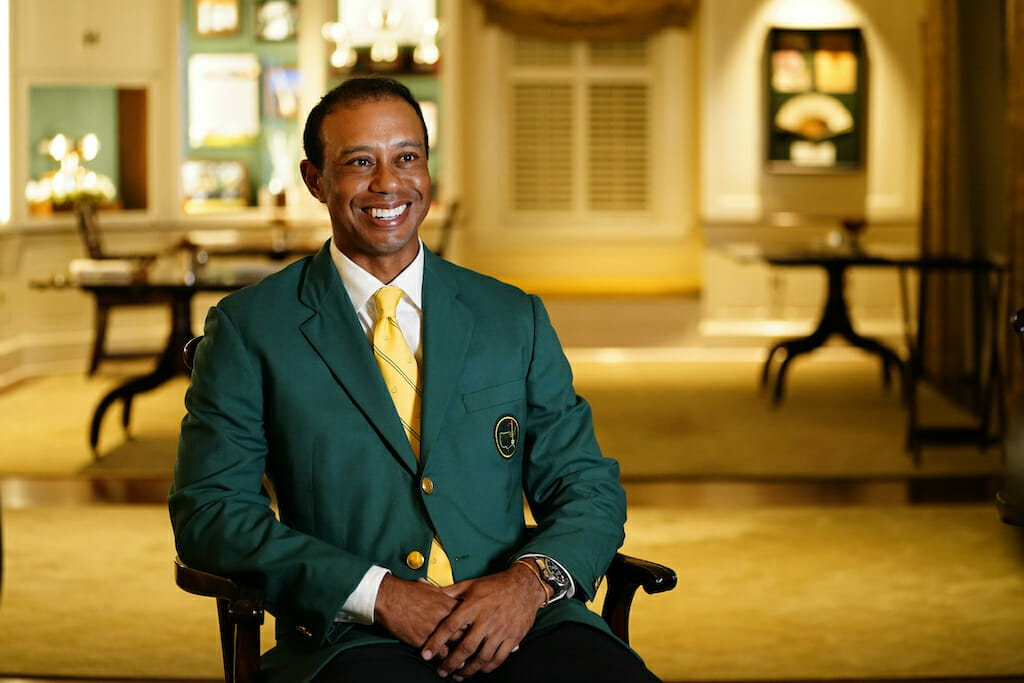 It has come to light that defending Masters champion, Tiger Woods became so emotional on route to hosting Tuesday’s night ‘Champions Dinner’ he had to pull-over on the side of the road to collect himself.

Woods hosted the annual Tuesday night dinner for a fifth occasion and has also been emotional at his pre-Masters press conference earlier on Tuesday when reliving memories of his victory earlier last year. And in speaking to his fellow Masters champions at the dinner, Woods again expressed a rare side to his 15-time Major winning make-up. Triple Masters champ Gary Player revealed this after joining Jack Nicklaus in hitting the ceremonial opening tee shots:

“Tiger was really remarkable at the dinner this year as a host and it was very heartwarming listening to him speak,” said Player.

“He said he was on the way to the golf course and he had to stop because he had tears in his eyes and paused for a little while on the road because a lot of memories were going through his mind very quickly, as I interpreted what he was saying, and to have won the tournament again with his children there. He paused for a while and he spoke very, very well, and it was a lovely evening.”

Player and Nicklaus managed to tee-off at 6.55am local time before play was halted at 7.35am, and with a couple of hundred officials, fellow players, caddies and members of the media in attendance.

“Well, I was pleased that it was dark because you couldn’t see where my ball went,” said Nicklaus smiling. Accompanying Nicklaus, and wearing an Augusta caddie outfit with badge No. 80, was Barbara Nicklaus though the ‘Golden Bear’ had a job getting here to act as caddie albeit for one tee shot.

“Normally I have one of the grandkids, and of course we couldn’t bring anybody except our spouses this time,” said Nicklaus. “Last night I said to her, I said, I think it would be kind of fun if you would put on a caddie uniform and do that, and she said, oh, I don’t want to do that.  I said, yeah, you do, it’ll be fun.  You’ll enjoy it.  Everybody loves you, and it’ll be a treat for the people. So, Barbara put it on    she’s right in the back there.  She did that.  I don’t know that I can afford to get home after her fee (laughter).”