Caldwell sails through to Sunday shootout in Cyprus 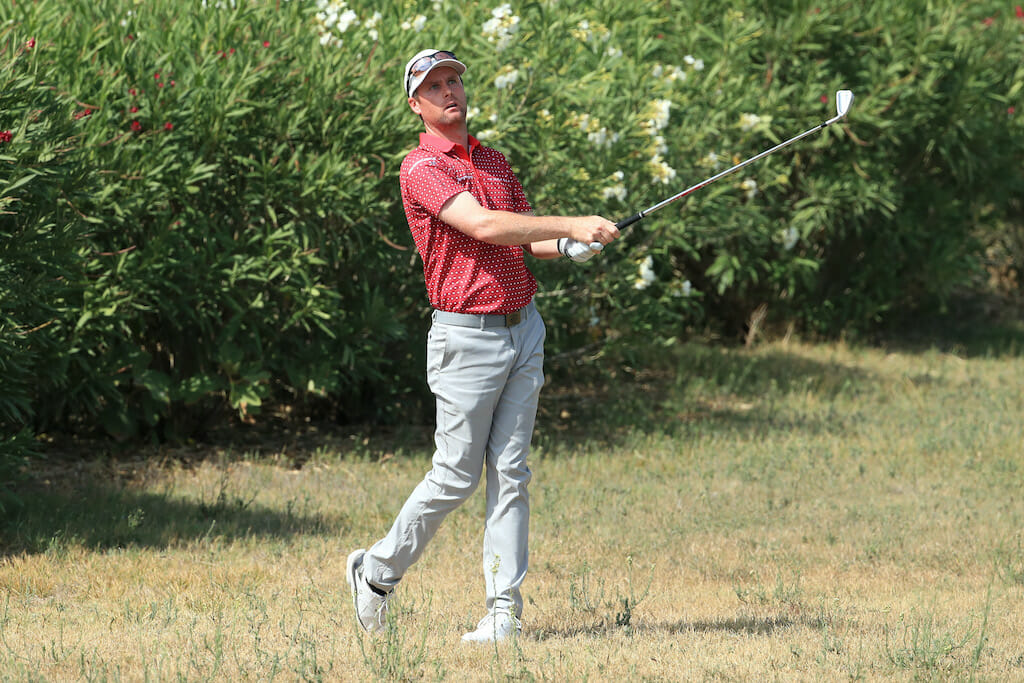 After producing a stunning bogey-free seven-under par round of 64 on Friday, the 36-year old was at it again on Saturday, carding four birdies through six holes before a bogey on 7 halted momentum. 33 strokes to the turn, the Clandeboye professional added two more gains at 10 and 11 but dropped one of those on 14 before parring home at Aphrodite Hills.

The scores now reset ahead of Sunday’s final round with Caldwell in as good a place as anyone as he goes in search of a maiden European Tour title. Johannes Veerman and Matthew Jordan signed for the lowest rounds of the day while Gavin Green was among those players to produce an eleventh-hour salvo to make it through to Sunday.

The tee was moved forward on the par five 18th hole for round three in Paphos, making for numerous nail-biting moments as players chased the third round cut in the unique format – with the scores reset after the opening two rounds and again after the third. American Veerman and Englishman Jordan will enter the crucial finale brimming with confidence after the duo signed for seven under rounds of 64, Veerman’s flawless round finishing with an eagle three and Jordan’s score coming despite a bogey six on the third hole.

“It was a lot more stress-free,” said Jordan. “It was weird, the last two holes it was quite nice, you can enjoy it a bit. I certainly prefer to do it that way that yesterday. I’m just happy to be through. No one will have been on the greens and there’s only around 20 guys so there’s hardly going to be much traffic on them, so I just want to shoot a score and it doesn’t bother me where I finished at the end of today or when I go out tomorrow.

“You just have to try get off to a good start tomorrow. I think if you’re struggling through nine you’re going to make it tough for yourself, so I’m going to concentrate on trying to start well. If it doesn’t happen it doesn’t happen, but I think just try start well and see where it goes.”

Green produced a moment of magic down the last to ensure his pathway was secured – the Malaysian’s drive found the left rough but a stunning approach left him with a simple two-putt to make the cut on the line, having birdied four of the final three holes. Englishman Steven Brown and Jorge Campillo also made it through thanks to dramatic last-ditch efforts, Brown birdieing the final two holes to make it by one while Campillo had a long wait before making it on the cut-line – after the Spaniard lipped out for eagle at the last before tapping in for a crucial birdie.

As the low scorers on the third day, Veerman and Jordan will tee off in the first group of Sunday’s final round alongside Germany’s Bernd Ritthammer at 09:50 local time.