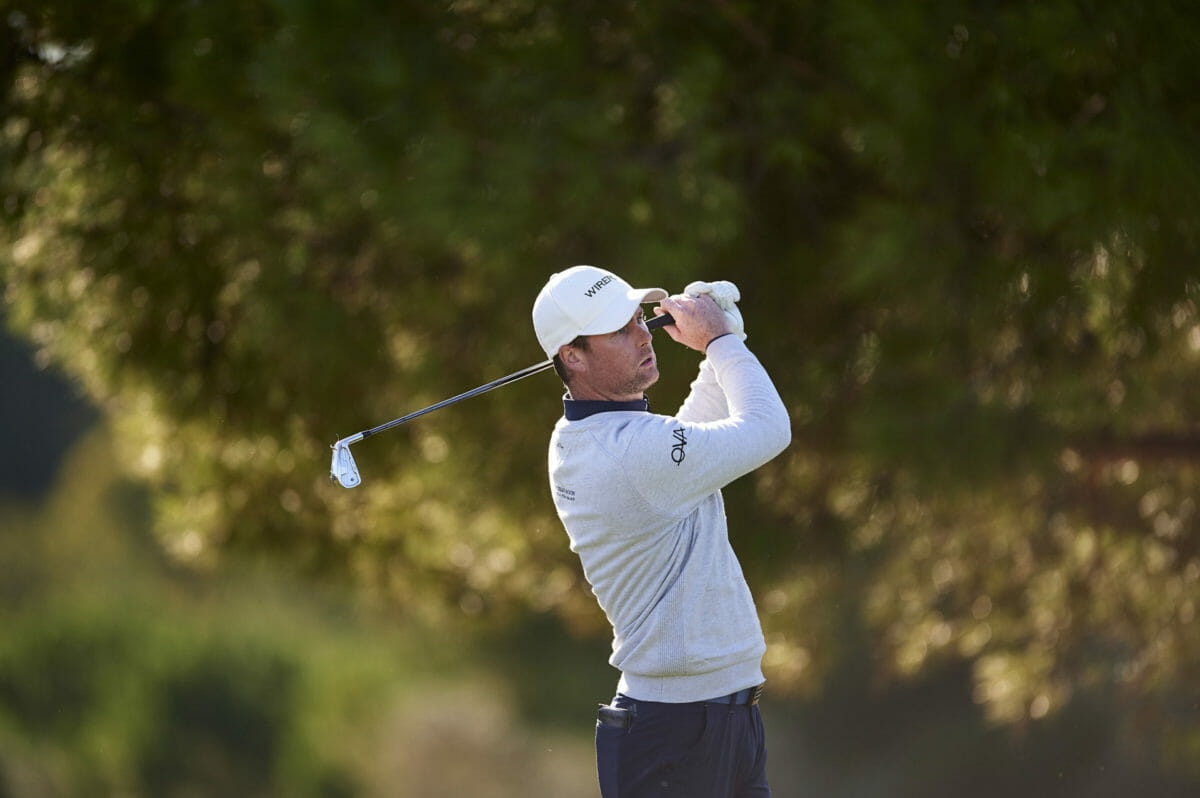 Jonathan Caldwell looks likely to advance to the final 32 at the Cyprus Showdown after producing a stunning bogey-free seven-under par round of 64 on Friday.

The Clandeboye professional, who started the tournament with a one-over par 72, moved through the field to six-under for what should be a 36-hole tally good enough to advance to the third round shootout after darkness suspended play on day two at Aphrodite Hills Resort.

“We came in off the course for the thunderstorms so I was able to check the scores and knew that five still had a chance but six was pretty secure,” said Caldwell. “I knew I had to make a couple of birdies coming in, I gave myself a few chances on the last four holes and managed to make one on 17 and one on 18.

“I wasn’t really aggressive. I just tried to give myself chances on every hole and didn’t get overly aggressive. Nice when you start with a couple of flags like the first and second which were gettable. I holed a good putt on the second and hit it close on the third for a good start and went from there. It’s all about making putts for me. I putted lovely in Scotland and Italy for those finishes. If I continue to putt like I did today, I think I’ve got a pretty good shot.”

2014 Ryder Cup star Jamie Donaldson, who held the 54-hole lead at last week’s Aphrodite Hills Cyprus Open on the same golf course, is the leading scorer on 12-under par with three holes to complete on Saturday morning. James Morrison of England and American Johannes Veerman earlier set the clubhouse target of 11 under par. Morrison carded a course-record equalling eight under par 63 after starting his round with eight birdies on his first ten holes.

In a first-of-its-kind format on the European Tour, the top 32 players and ties after the second round will advance to the third day of play on the Mediterranean island. All scores will be reset and the top 16 and ties after the third round will go through to Sunday. Again, everyone will start from level par in the final round shoot-out with the winner receiving a €200,000 first prize.

Play was suspended for more than an hour and a half on Friday afternoon due to thunderstorms in the area and, after the restart, darkness halted play on Friday night with 33 players currently inside the projected cut of six-under par. The lowest scorer after the first two rounds will receive a €5,000 bonus from tournament sponsor Megabet+. The draw for the third round will be in score order, with the lowest scorers from the first two rounds teeing off first no earlier than 09:00 local time.

Sadly Cormac Sharvin won’t be there despite the Ardglass professional firing consecutive rounds of 69 to reach four-under par. Signs of an upturn in form are certainly there for Sharvin but this week’s format has worked against the ever-improving Northern Irishman.