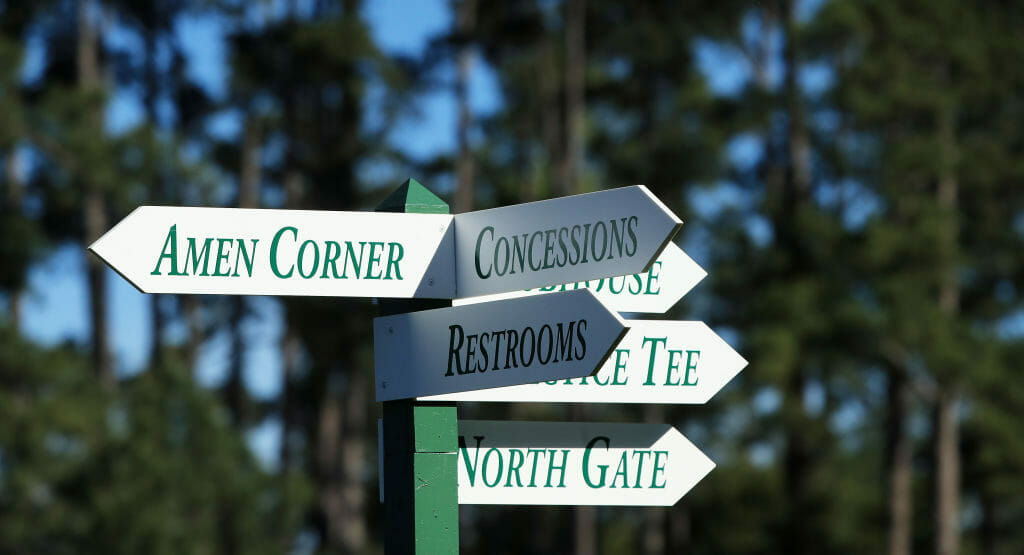 Fred Ridley, Chairman of Augusta National Golf Club, has announced that the 2020 Masters Tournament, scheduled for November 9-15, will provide an expansive slate of content across multiple platforms for this year’s unique showpiece.

“Given the circumstances brought about by the pandemic, the delivery of quality content is as important as ever to the storytelling of the Masters Tournament,” said Ridley. “While we will dearly miss our patrons at Augusta National this fall, we are excited to showcase what promises to be a truly memorable Masters in a variety of ways for viewers around the world.”

One such way is the addition of College GameDay, which is scheduled to take place from 9 a.m. – Noon before the live CBS broadcast of the third round. The studio will be staged overlooking Ike’s Pond and the 9th green of the Par 3 course.

“When exploring ways to showcase a fall Masters, we were drawn to the concept of hosting College GameDay at Augusta National to introduce the Tournament to a new audience and provide even more anticipation and excitement to the event,” Ridley continued. “We appreciate the collaboration with ESPN, our longtime broadcast partner, for this first-of-its-kind opportunity.”

In addition, the global television audience of the Masters will experience new and enhanced views of the unique November Tournament, as Augusta National has worked with CBS Sports to showcase distinctive angles and shots from around the course. Throughout the week, live coverage of the Masters will be broadcast to more than 200 countries and territories.

In the United States, live coverage of Tournament play will begin Thursday, November 12, from 1 – 5:30 PM ET on ESPN and continue at the same times Friday, November 13. CBS will again provide weekend coverage on Saturday, November 14, from 1 – 5 PM ET, before airing the final round from 10 AM – 3 PM ET on Sunday, November 15. The Par 3 Contest, which is traditionally played on theWednesday prior to the Masters Tournament and broadcast by ESPN, has been canceled.

“The fun and excitement of watching Masters competitors with their friends and family is what makes the Par 3 Contest such a special part of Masters week,” stated Ridley. “We know that experience could not have been replicated without guests and patrons at Augusta National, and we eagerly anticipate the opportunity to bring back this signature tradition.”

For the fourth consecutive year, the Masters will air a live 4K broadcast of the Tournament in the United States, featuring action from Amen Corner – the 11th, 12th and 13th holes of Augusta National – as well as the 15th and 16th holes. During Tournament week, Masters Digital will feature exclusive live video, scoring, interactive player tracking, groupings, video highlights, in-depth Tournament news coverage and more. The site will also feature a new live feed in November, highlighting the action from the 4th, 5th and 6th holes.

Building upon the Emmy Award-winning “Every Shot, Every Hole” technology from 2019, Masters Digital will unveil the “My Group” feature for the 2020 Tournament. Similar to a personally tailored Featured Group, “My Group” allows fans from around the world to build a personalised feed of every shot from their favourite players, ensuring they won’t miss any of the action during the Tournament.

In an effort to share the latest news from the Tournament, the Masters has launched a free daily email newsletter for fans. Delivered directly to their inbox from Augusta National, this newsletter will provide fans with exclusive content and highlights of the day’s action, while also helping them plan their viewing schedule for the day ahead.

Returning in 2020 is the official Masters podcast “Fore Please! Now Driving…” which invites patrons and fans to follow along as host Marty Smith explores Tournament storylines and visits with notable guests across sport, entertainment and pop culture. Episodes will be published daily from this year’s Masters Tournament.

For iPhone, iPad and Android phones, the Masters Tournament will release free apps designed to complement the television broadcast or to be used independently to follow Tournament action. Golf fans can also stay informed of Tournament news by following @TheMasters on Twitter, Instagram, Facebook and YouTube. On Snapchat, the Masters will feature a new augmented reality experience on the platform, allowing users to scan the iconic Masters logo and bring it to life inside the Snapchat app, using Snapchat’s Marker Technology, where Masters fans can use their Snapchat camera to unlock unique virtual experiences.

The 84th Masters is set to begin on Thursday, November 12 with Jack Nicklaus and Gary Player acting as Honorary Starters. Tee times will be announced at a later date, but players will be scheduled to start off the first and 10th tees in two waves the first two rounds.