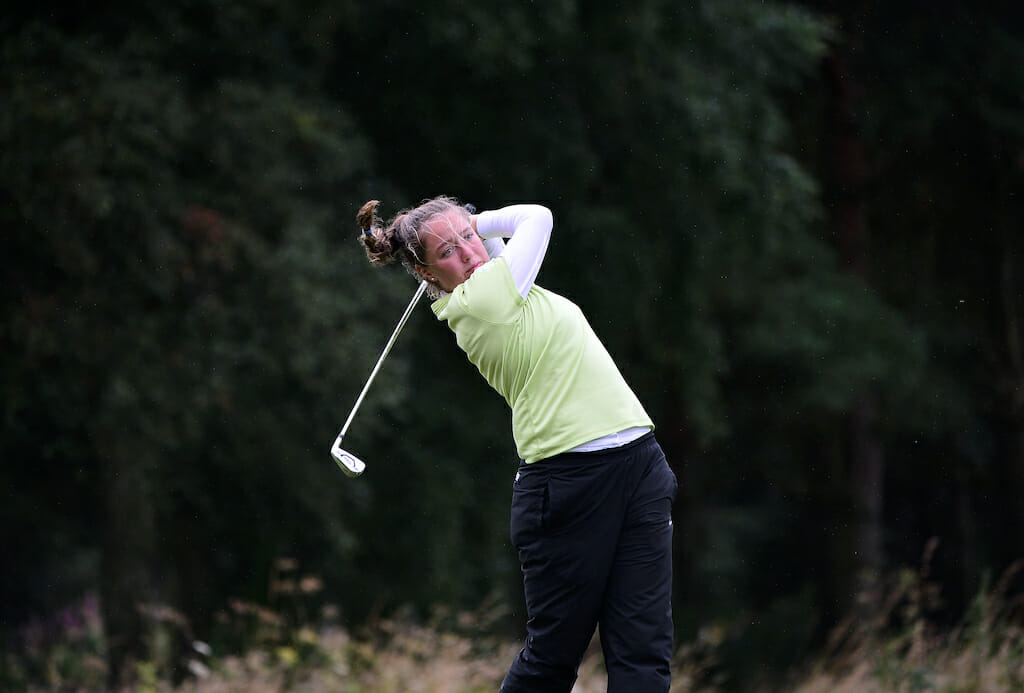 Anna Foster returned an even par round of 72 as the Auburn women’s golf team played its best round of golf of the season on Monday.

The Tigers shot a 283 (-5) in the first round of The Ally at Old Wavery to climb into second place, three shots back of Florida as freshman Foster overcame a triple bogey on the first hole to shoot level, leaving her in tied-21st overnight.

Foster made a birdie on No. 9 and carried that momentum to the back nine where she made four more birdies and went 4-under.

As for her Tigers teammates, it was another freshmen in Elina Sinz, making her Auburn debut, who jumped out to a quick start with four birdies on the front nine and finished with six on the day to card a 68 (-4) in the first round.

Sinz, who is currently tied for second on the individual leaderboard, paced the Tigers who made 18 birdies as a team and shot 4-under collectively over the last five holes.

“We discussed last night that you can’t win a tournament on the first day, but you can lose it. I saw great grit out there from all five players. I love how strong they played the last five holes,” Auburn head coach Melissa Luellen said.

“I was really impressed with our freshmen and their ability to make some birdies,” she added. “Looking forward to a good sleep, so we can come back ready for the second round.”

Schofill, who is making her season debut this week, also fired a 72 (E) in the first round and is tied with Foster for 21st overall. She knocked in three birdies, all on the front nine.

Coming off a top-10 performance in the Blessings Collegiate Invitational, Kaleigh Telfer is back in the top 10 at The Ally after shooting a 71 (-1) on Monday. The junior co-led the field with 15 pars on the round and added two birdies, both on Par 5s.

Auburn will be paired with Florida and Ole Miss for the second round and is scheduled to tee off at 9:30 a.m. CT from the first hole. Live scoring can be found on Golfstat.com.