European Tour to return to Joburg in November 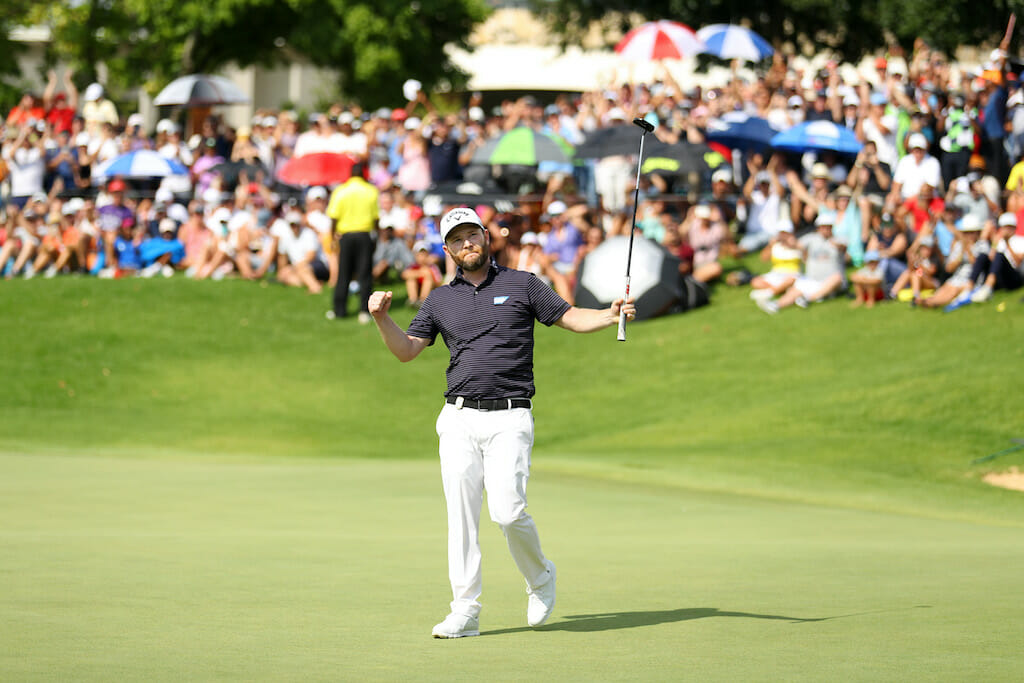 Branden Grace of South Africa celebrates after winning the tournament on the 18th green during Day Four of the South African Open at Randpark Golf Club on January 12, 2020 in Johannesburg (Photo by Warren Little/Getty Images)

The European Tour will return to South Africa next month when the Joburg Open is contested from November 19-22.

The co-sanctioned tournament with the Sunshine Tour, which will feature a prize fund of R19.5 million, will be played at Randpark Golf Club with support from the City of Johannesburg, and will be the first international men’s golf tournament on South African fairways in nine months. It will also be the first of a run of tournaments co-sanctioned by the European Tour and the Sunshine Tour, with further announcements to come.

The Joburg Open was first contested in 2007 and boasts an impressive array of past winners such as Major champion Charl Schwartzel and multiple European Tour champions including: George Coetzee, Darren Fichardt, Branden Grace, Haydn Porteous, Richard Sterne and Andy Sullivan.

It last featured on the European Tour International Schedule in December 2017, when it formed part of the early 2018 season, and was won by India’s Shubhankar Sharma.

European Tour Chief Executive Keith Pelley said: “I am delighted to see the Joburg Open back on our schedule this year. We have a wonderful relationship with the Sunshine Tour stretching back over many years and this co-sanctioned tournament is another example of that.

“I want to express my sincere thanks and appreciation to Johann Rupert, Thomas Abt, Selwyn Nathan and everyone at the Sunshine Tour for their commitment in making this happen, in addition to the Executive Mayor and the City of Johannesburg for their help and support.”

Councillor Moloantoa Geoffrey Makhubo, the Executive Mayor of the City of Johannesburg, said: “We are delighted to announce the return of this world-class golf tournament to our world-class African city. Since the inception of this tournament in 2007, our vision has been that the Joburg Open must benefit all the residents of Johannesburg.

“Now more than ever, as our economy requires a boost following the COVID-19 lockdown and with our President publicly calling for a new business stimulus, the return of the Joburg Open is perfectly-timed to contribute significantly towards this cause as it brings a major international event to our city once again.”

Thomas Abt, Commissioner of the Sunshine Tour, said: “We are extremely pleased to welcome back the Joburg Open to our schedule in what is also a momentous moment for South African professional golf as we also welcome back international competition to our fairways after a lengthy break.

“I’d like to the thank the Mayor and the City of Johannesburg for so graciously supporting us for the duration of the South African Open’s hosting in Johannesburg, and we are delighted that we can announce the return of a much-loved tournament amongst the residents of Johannesburg.”