Caldwell on target for best Tour result at Scottish Championship 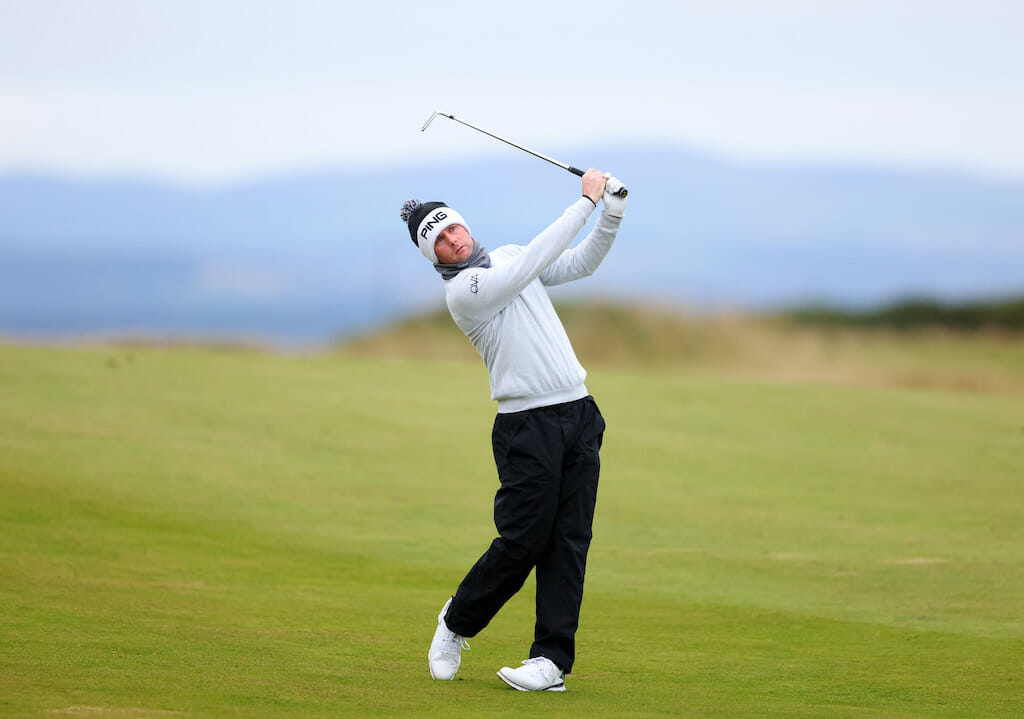 Jonathan Caldwell is staring at a Tour best finish heading to the final round of the Scottish Championship at the Fairmont Resort near St.Andrews.

The Clandeboye golfer posted a third round, bogey-free four-under par 68 to move into a share of fifth place at 12-under par on the Torrance course.

Caldwell, 36, heads to the last day of the Euro1m event trailing six shots behind England’s Matt Wallace who added a 66 to move three shots clear of the Scottish field at 18-under.

England’s Garrick Porteous, after also shooting a 66, is in second place on 15-under.

It means Caldwell, contesting his 31st tournament, is only three shots clear of second and two adrift of Spain’s Adrian Otaegui (70) who holds down third place.

The affable Irishman’s best result on the main European Tour was his eighth place finish in July in the BetFred British Masters at Close House, the opening event since the return from the Tour’s golfing lockdown.

Now Caldwell, with a pair of EuroPro Tour wins to his credit, looks set for his best finish on the European Tour.

His third round included birdies at the sixth, ninth, 12th and 14th holes.

“I scrambled out there pretty good today and holed some nice putts that I have been doing all week,” he said.

“I didn’t play quite as well as yesterday but then the conditions were a lot harder today with a lot of crosswinds so I needed to scramble a little bit and was pleased that I managed to get up-and-down a few times.

“I have fond memories playing here for the Open qualifier last year as I putted really well for the 36-holes.

“The golf course is soft but then if you hit it in the fairways, that are a little wider, then you have a lot of good chances for birdies while if your short game is sharp enough and with the greens so good, you are going to make your four and five footers.

“So, I’ve enjoyed the test so far and looking forward to tomorrow.”

Meanwhile Padraig Harrington’s challenge faded after a moving day 73. Europe’s Ryder Cup Captain fell to a tie for 16th at eight-under par after a round that included two birdies and an eagle but also three bogeys and a double.