Pair of moving day 70s for Maguire & Meadow at ShopRite 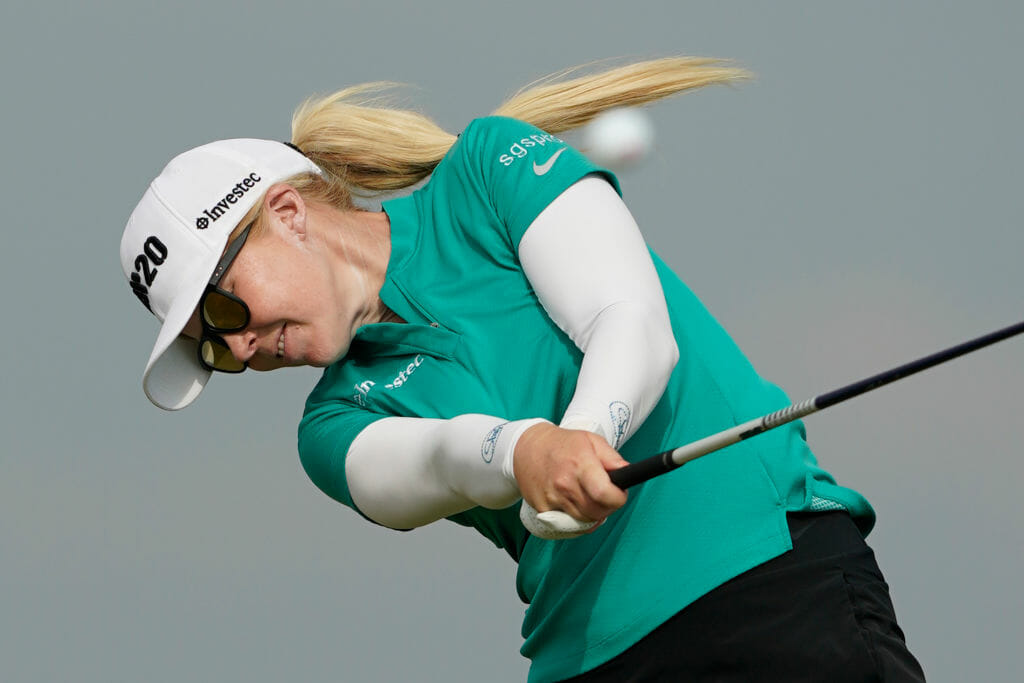 It wasn’t quite the moving day ascent either player was hoping for but it was forward progress at least for Leona Maguire and Stephanie Meadow on day three of the LPGA ShopRite Classic.

Cavan professional Maguire moved into a share of 40th place at three-under par after carding four birdies and three bogeys in her one-under par effort on Saturday.

The Jordanstown professional managed an extra birdie with five in total but was unable to keep four bogeys off her card and shares 56th spot at minus-one ahead of the final round.

Meanwhile, the leader Reid finds herself in the same position entering the final round that she was in two weeks ago at the Cambia Portland Classic.

Now holding a one-shot advantage compared to two in Portland, Reid will hope a different outcome presents itself on the Bay Course at Seaview on Sunday.

“We reflected on it a lot,” said Reid, who ended in a tie for fifth at the Cambia Portland Classic.

“I spoke to [my psychologist] Howard [Falco] about it quite a lot last week. I’m a pretty quick player and it kind of makes me quick on my swing. I’ll take my time tomorrow, I think. That is basically what we took away.”

Looking to become a first time Rolex winner, Reid is stalked closely on the board by a pair of players hoping to do the same in Jennifer Kupcho and Jennifer Song.

Both trail just a shot behind Reid at 14-under overall after each fired bogey-free 65s with six birdies on moving day in Galloway.