Westwood rolls back the years with 62 in Scotland 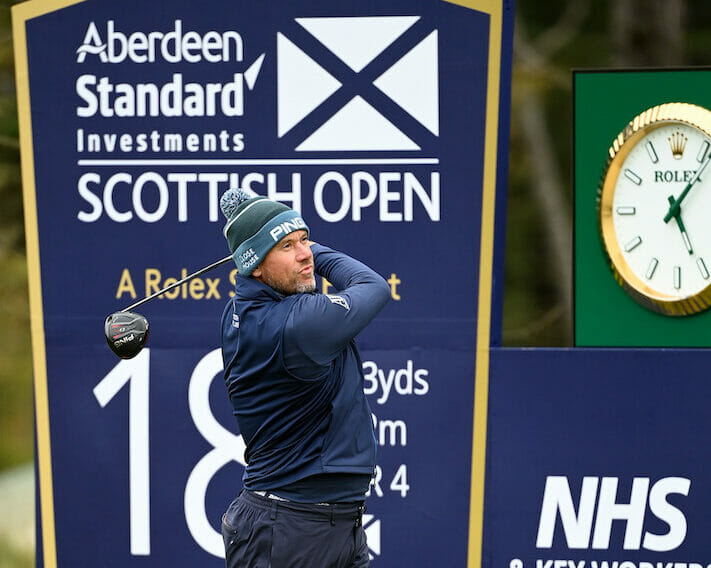 Lee Westwood fired two eagles on his way to carding a superb nine-under par 62 to take a one shot lead after the opening round of the Aberdeen Standard Investments Scottish Open – 22 years after he won the title at Loch Lomond.

The Englishman made the most of the favourable afternoon conditions at The Renaissance Club, equaling the course record, as he now goes in search of a third Rolex Series title.

The 47-year-old claimed his first European Tour win in four years with victory in the 2018 Nedbank Golf Challenge hosted by Gary Player, before earlier this year holding off the chasing pack of Matt Fitzpatrick, Tommy Fleetwood and Victor Perez to claim the Abu Dhabi HSBC Championship presented by EGA title.

“I didn’t put myself under too much pressure all day,” Westwood reflected. “I played solidly. We got the good end of the draw, there’s no doubt about that, in the afternoon lot.

“I played solidly. Drove the ball well. Iron shots were good. In a good groove since the U.S. Open. I took that discipline from there to here today. Aimed away from flags when I needed to. Left myself a lot of nice looks uphill for birdie today.

“Distance control was good, which you know, could have been one of the few things to trip people up today. It wasn’t quite going as far as normal. The greens are nice and you feel like if you put a good roll on it, it holds its line. So, yeah, obviously very pleased with the round.”

Sweden’s Alexander Björk and Dutchman Joost Luiten are one shot off the pace at eight under par with local favourite Scott Jamieson at seven under.

Scotsman Craig Lee, who has not played a European Tour event since the 2017 Andalucía Valderrama Masters, is currently tied sixth alongside Englishman Robert Rock and Finland’s Kalle Samooja.