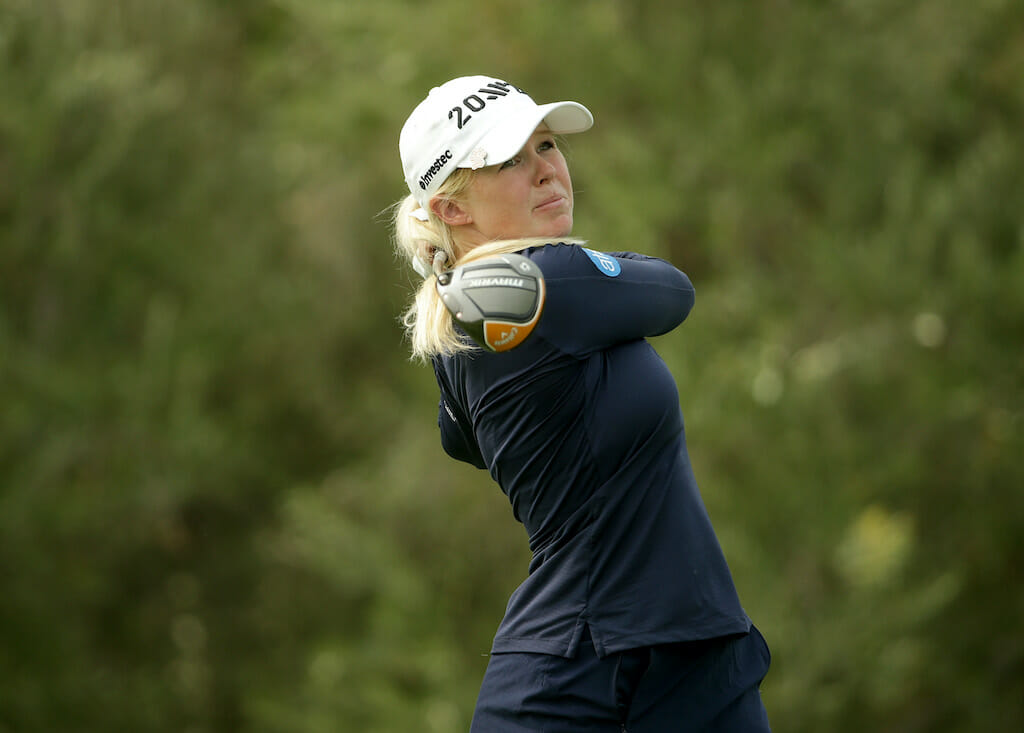 Stephanie Meadow and Leona Maguire are up and running after steady starts on day one of the LPGA Tour’s ShopRite Classic in New Jersey.

Jordanstown professional Meadow outscored her Irish Olympic teammate by a single stroke after posting a one-under par 70 around the Bay Course at Seaview to tie 55th overnight.

Meadow posted four birdies and three bogeys in an encouraging opening effort that included hitting 14 of 18 greens in regulation, however she’ll be hoping to cut down on the 31 required putts to complete round one in order to move up the leaderboard on Friday.

Minus-one is the current projected cut-mark with Cavan professional Maguire on the wrong side of it after signing for a steady even par 71.

The former world amateur number one carded two birdies and two bogeys after finding one less green in reg than Meadow (13) and needing the exact same number of putts.

Both Meadow and Maguire will know that more is needed on Friday after some impressive first day scoring in Galloway where two-time LPGA Tour champion Mi Hyang Lee and Lauren Stephenson share the lead after opening eight-under par rounds of 63.

Stephenson’s round included a hole out for eagle from 137 yards with a pitching wedge on the 14th with a further eight birdies also lighting up her scorecard.

“I was in the rough and assumed it was going to skip forward,” Stephenson said of the wedge on 14.

“I saw the bounce and thought it stopped, which I was happy with because I was worried it was going to skip through the green and go over. I looked away and my caddie was like, ‘I think it went in.’ I didn’t want to get excited then it was over the green, but yeah, it was exciting.”

Lee recorded a bogey-free round this afternoon to join Stephenson at the top.

“It was a really good start for me, and I really look forward to the next three rounds,” Lee said after eight birdies on the Bay Course.

“I didn’t have any bad shots or bad putts, everything was good. It’s a little wet and the greens are really soft, so it was easier to hit the long clubs in. I have experience tied for a lead in the first round before and need to concentrate on my golf then just keep going.”

Last year’s champion Lexi Thompson opened her defence at minus-four thanks to five birdies. She is joined by nine other individuals in a tie for 12th, including most recent LPGA winner at the Cambia Portland Classic, Georgia Hall.