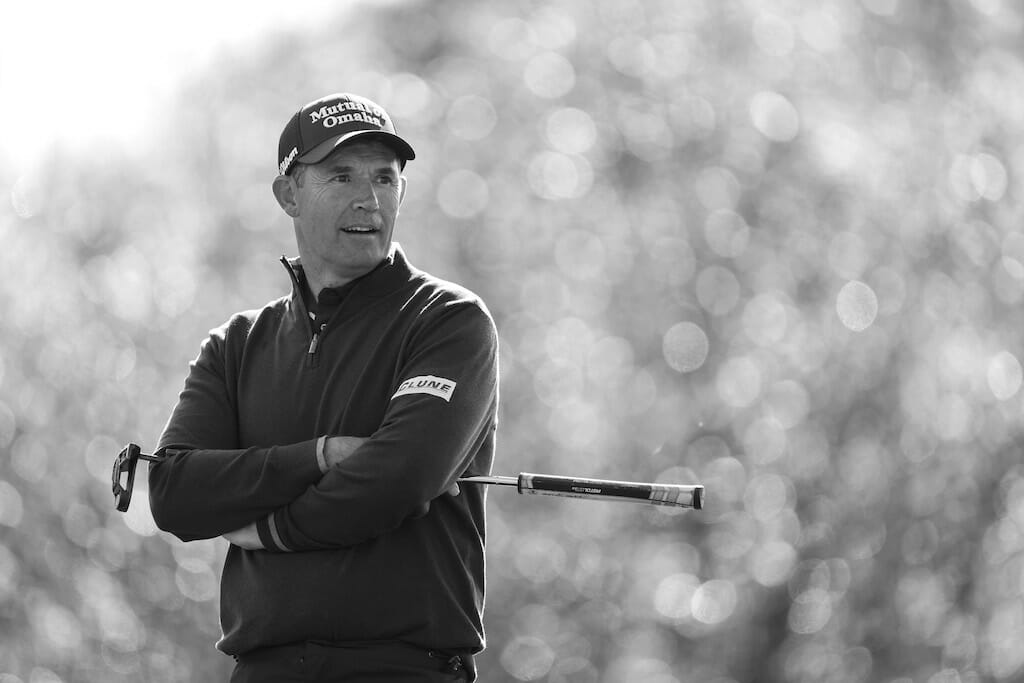 Padraig Harrington and Graeme McDowell join perhaps the best European Tour field of the season as the Rolex Series moves into The Renaissance Club for the Aberdeen Standard Investments Scottish Open.

Three-time Major winner Harrington remains in the Tour’s bubble after making a u-turn on previous remarks that suggested any action after last week’s Irish Open would be a burden too far for the Dubliner.

Harrington lined out for his first event in some six months last week at Galgorm Castle and although he missed the cut, Europe’s Ryder Cup Captain was so impressed by the Tour bubble, coupled with some encouraging signs in his own game, that he decided to stay on into this week in Scotland and most likely the following at the BMW at Wentworth.

“I think they’ve done a tremendous job here,” Harrington last week. “When you actually come up here and drive into ‘the bubble’, it’s much safer. The only other way I could be as safe – even maybe not – is staying in my own house.

“Everybody’s tested, you’re put at ease in the environment, the players have done a good job so although I would’ve been apprehensive coming up here, I’m at ease now.”

Graeme McDowell meanwhile returns to shores closer to home after missing out on the action last week in his native Northern Ireland to defend his Corales Puntacana title in the Dominican Republic.

That decision somewhat backfired with the former US Open winner missing the cut but McDowell is a former champion in Scotland too and although he didn’t particularly enjoy The Renaissance layout last time out, he’s hopeful that the setup will be right this time ’round.

“Didn’t love the golf course, though I didn’t have a good experience as I missed the cut,” McDowell said back in February.

“Golf course is just average. It also wasn’t a proper links test. I don’t think they set it up the way they needed to and I think they will do a better job this time.”

With a different routing, several new tee boxes and easterly winds forecasted for the week, the challenge facing players at this week’s Aberdeen Standard Investments Scottish Open will indeed be a stark contrast to last year’s record-breaking event.

With the exception of four unchanged holes (the eighth, ninth, 17th and 18th holes) the course where Bernd Wiesberger lifted his sixth European Tour title will likely be a very different prospect.

“When you got into there last year the rough was wide open and trampled, this year it’s going to be rough.

“We’ve added some length with four new tees, providing options for the officials at the Tour, who will set up the course. It means they can go back if they need to or they can go forward.

“The reason for the rerouting was to try and have the finishing holes out near the water for television. There’s a couple of longer walking distances but it worked well at the Ladies Scottish Open in August so we’re doing it again.”

Wiesberger will begin the defence of his title in the company of Tommy Fleetwood and Robert MacIntyre on Thursday. The Austrian saw off Benjamin Hebert in a twilight play-off last summer and is back at The Renaissance Club to do battle with a world class field.

The trio start their first round at 12.38 on the opening day of the competition.

Three-time Major Champion Padraig Harrington will play with English pair Matthew Fitzpatrick and Sam Horsfield at 08.19 while Graeme McDowell is alongside Renato Paratore and Grant Forrest at 12.16pm.

John Catlin, fresh from his win at the Dubai Duty Free Irish Open, will start his bid for a third title in the space of a month at 08.08 alongside former Masters Champion Danny Willett and 21-time European Tour winner Miguel Ángel Jiménez.

In-form Dane Rasmus Højgaard, who finished in the top three of his last two events on British soil, will tee off with experienced heavyweights Lee Westwood and Ian Poulter at 12.27.

The Aberdeen Standard Investments Scottish Open is the second of the European Tour’s Rolex Series events this season, following on from the Abu Dhabi HSBC Championship presented by EGA in January.

Next week, the Rolex Series will continue at the BMW PGA Championship at Wentworth.