Rai one step closer to wire-to-wire victory at Galgorm 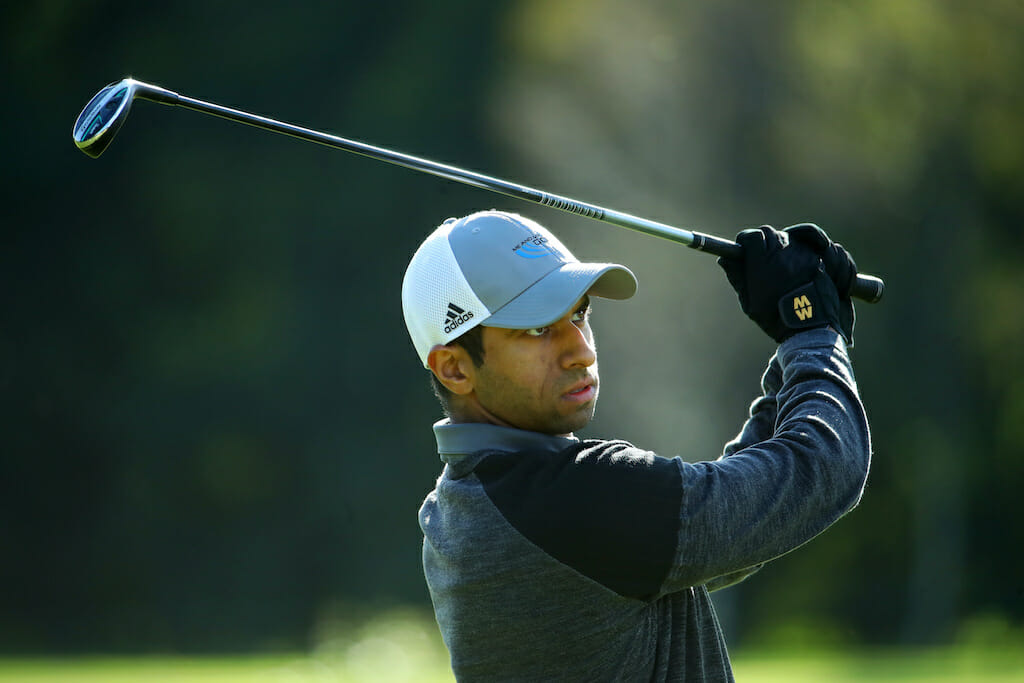 Aaron Rai will take a one-stroke lead into the final round of the Dubai Duty Free Irish Open at Galgorm Castle Golf Club as he bids for a second European Tour title.

The Englishman, who earned his maiden victory at the Honma Hong Kong Open presented by Amundi in 2018, started the day in a two-way share of the lead alongside Australia’s Maverick Antcliff but pulled clear courtesy of a three-under par third round of 67.

Rai has led the field or shared the lead after each of the opening three rounds in Northern Ireland and is looking to complete a remarkable double, having won in wire-to-wire fashion in Hong Kong.

“I’m pleased with the round overall,” Rai reflected on Saturday. “It wasn’t easy, the course isn’t playing easy and it wasn’t easy conditions today. It’s always different going out in the final group and with the co-lead on day three, so it’s nice to play with that and play relatively freely and solid today.

“It was good to hit a nice shot into number 12, I hit a few and leaked them right on the previous two holes. It was great to roll the putt in, especially when you’re above the hole, you can have some really slick putts. I was just trying to coax that down there and was really fortunate for it to go in.

“I said to Jason, my caddie, that was a pretty good lie in the rough (on 16). You can get a lot worse than that. I was fortunate to get a six iron on that and get it on the green.”

Although he has one win to his name on the European Tour already, the significance of an Irish Open title isn’t lost on the leader either.

“It would be incredible to win,” he added. “Any title on the European Tour is fantastic, the Dubai Duty Free Irish Open has an illustrious history, it’s a huge event, it always has been.

“I want to put that out of my mind going into tomorrow. There’s still a lot of significance to it, but I’ll hope to do the same kind of things and see where it puts us at the end of tomorrow.”

Antcliff was one of a number of players who had to return to the golf course this morning [Saturday] to finish his second round, carding eagle on the final hole for a second round 65 before doing it all over again and carding a third round 68. The 27-year-old sits just one shot behind Rai as he aims to win his first European Tour title in just his 19th start.

One stroke further back on six under par are the trio of Dean Burmester, Jazz Janewattananond and Oscar Lengden, while the leading Irishman is former Amateur Champion James Sugrue, in a share of 25th on two over.

After another frost delay on Sunday, a two-tee start sees the first away at 10.49am in Ballymena.