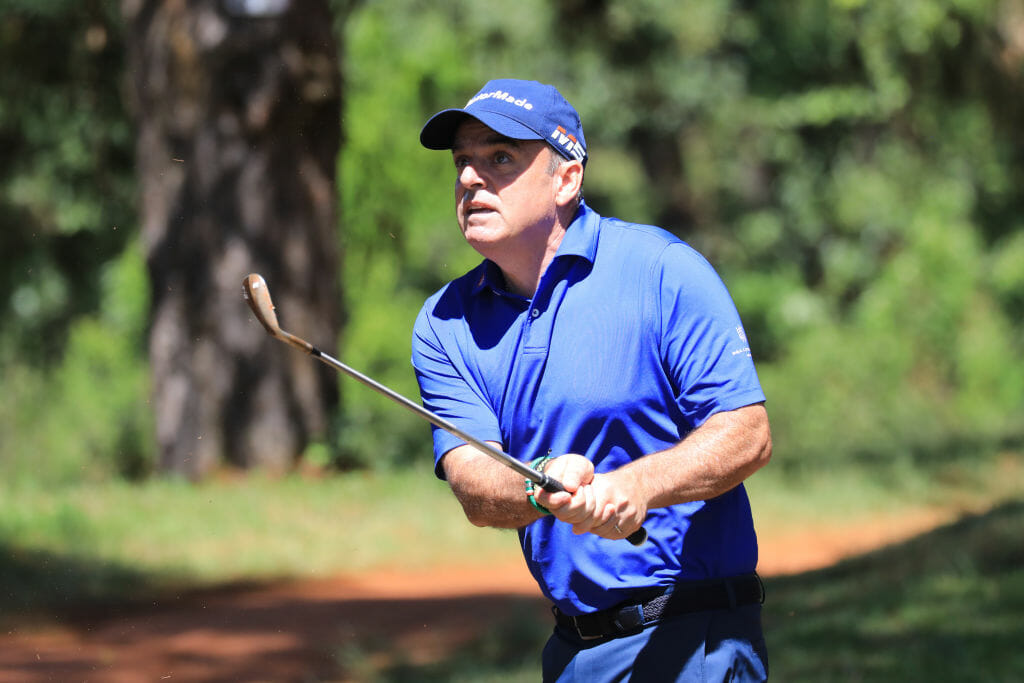 SKY Sports golf analyst Paul McGinley has found himself having to defend his on-air comments concerning the downturn in fellow Irishman Rory McIlroy’s form post the lifting of the COVID-19 golfing lockdown.

To many, McGinley’s addition to SKY’s golf commentary team has been like a breath of fresh air to those of us who often sit-up in the early hours of the morning watching coverage of the PGA Tour and the US majors.

But it seems there’s those out there that have taken McGinley to task for his ‘frankness’.

“Listen, my job at Sky is not to be a cheerleader for Rory”, said McGinley speaking at the launch of Leaders Lounge, a Titan Experience Property proudly supported by Allianz Ireland.

“I’ve got to give a balanced view of what I see. That’s my duty as an analyst, and it’s important that I don’t cross that line. And, yeah, I’m hard on him, in some ways, but I’m also very supportive of him too.

“I’m hard on him at the moment because he’s not performing. He has performed poorly post-lockdown, but if you listen to what I had to say six months before lockdown, it was completely different. I was saying this is the best we’ve ever seen Rory, the most consistent he’s ever been and he’s on the threshold of something really big. I was really bigging him up.

“I’ve got to call it the way I see it, but before COVID I really feel that he was in a great position to go on and win the Masters, the way he was trending pre-lockdown. But, since then, he’s been poor and I can’t sugar-coat it in any other way.”

Of course, McGinley has to be seen to be doing his job properly, and he needs to call it as it is whether it’s McIlroy, Dustin Johnson, Brooks Koepka or whoever.

“It’s not about being hard. It’s just about calling it the way it is at the moment. Rory would be the first to admit it at the moment,” said McGinley.

“Every single one of his statistics has drifted.

“This is not just an opinion, it’s backed up by statistics. I don’t go out of the limb with some views that are just my own personal view. I normally do it based on statistics and [talk about] why he’s fallen off.”

“I’ve been saying for quite a while that his focus just wasn’t the same and you could see that as every one of his statistics had drifted, post-lockdown, in those first four or five weeks.

“So, it wasn’t just a case of ‘Oh he’s putting badly and that’s why he’s performing badly’. Every single one of his statistics had drifted. That tells you that the concentration levels, and that drive, was not quite the same.

“As it turned out, then, he was saying that it was because his wife was pregnant and that was on his mind. That may be the case but I had to call it as I see it. I like to think that I’m very fair with him and it’s not a case of me being hard on him.”

What McIlroy thinks of McGinley’s on-screen comments is not known but it is known the duo have a good friendship and McGinley has been seen often walking practice rounds together.

And that friendship continues.

“I have to call it as an analyst. I’ve been firm but fair. Sometimes that can be perceived as negative but sometimes it’s also very positive. I’m a huge fan of Rory’s”, McGinley said.

“But the statistics will tell you, Rory has won 28 events worldwide and every one with a score of 12 under par or better. So, I have to highlight the fact that when the conditions get really tough, Rory struggles in them. I have to highlight that. I can’t sugarcoat it in any other way. All I can do is just be fair, and honest, based on fact.”