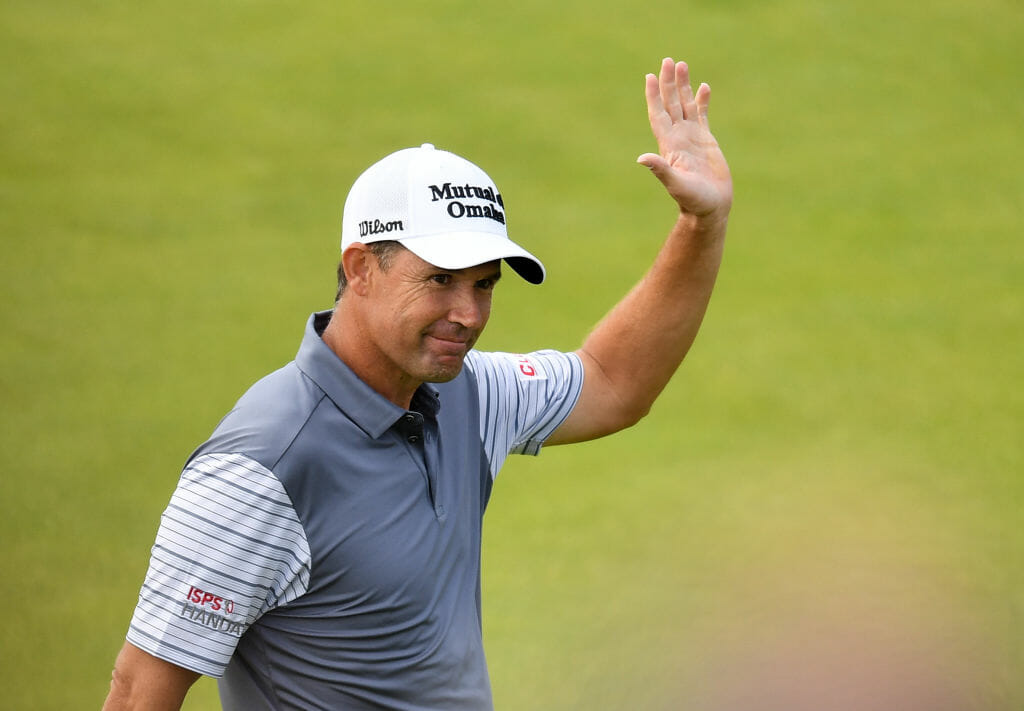 Four of golf’s great champions have accepted invitations to become Honorary Members of The Royal and Ancient Golf Club of St Andrews, including our own Padraig Harrington.

With 11 major championship victories between them, Harrington, Catriona Matthew OBE, Ernie Els and Nick Price are among the most successful and influential professional golfers of the modern era and are outstanding ambassadors for the sport.

“I have had a long association with The R&A and was fortunate enough to crown my career by winning The Open in 2007 and 2008, a dream for any golfer, shortly before becoming an ambassador for The R&A, so now becoming an Honorary Member brings the relationship full circle,” said Harrington.

“As an ambassador, I have witnessed The R&A working tirelessly behind the scenes all over the world, performing a wonderful role in the promotion and development of the game.

“Golf is a huge part of my life and I live by its traditions, rules and etiquette, so I am very proud to become a member of this esteemed club and flattered to join the other illustrious names on the list.”

The Dubliner is one of Europe’s most successful golfers, winning The Open on two occasions, at Carnoustie in 2007 and Royal Birkdale in 2008, and claiming the PGA Championship that same year. The Irishman has notched up 31 wins as a professional and was the number one-ranked player on the European Tour in 2006.

He has represented Europe in six Ryder Cup matches, has been the vice-captain in three matches and is now captain of the European team for the 2021 match. Harrington also enjoyed a successful amateur career, representing Great Britain and Ireland in three Walker Cup matches. He became an ambassador for The R&A in 2011 and has helped to support and promote a wide range of participation, coaching and Rules education initiatives.

As well as winning the Women’s Open at Royal Lytham & St Annes in 2009, Matthew has achieved 11 professional victories in her career and was Ladies European Tour player of the year in 2009. She represented the European Solheim Cup team on nine occasions and was part of three winning teams. 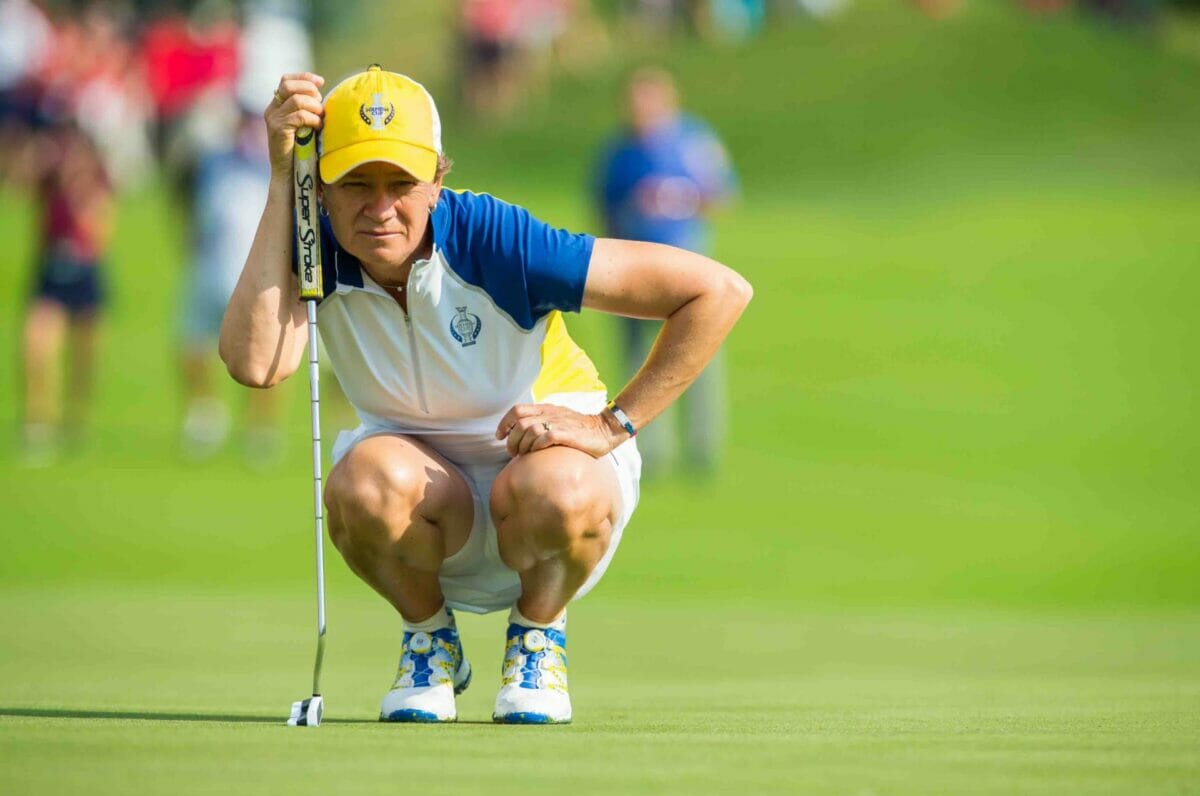 In 2019, she captained the European team to a memorable 14 ½ – 13 ½ victory at Gleneagles in her native Scotland. Matthew also enjoyed a hugely successful amateur career, representing Great Britain and Ireland in the Curtis Cup on three occasions and winning the Women’s Amateur championship.

“I am absolutely thrilled to be made an Honorary Member of The Royal and Ancient Golf Club and I feel very privileged to be joining such an illustrious group of Honorary Members who are such renowned figures in the game of golf,” said Matthew.

“I was fortunate enough to be one of the first recipients of an R&A Scholarship at the University of Stirling and it gave me some fantastic opportunities to develop my career as a young golfer. The Club and The R&A do so much to grow the game and I’m hugely supportive of the work they are doing to support women’s golf and particularly the AIG Women’s Open.”

Els is a four-time major champion, winning The Open at Muirfield in 2002 and Royal Lytham & St Annes in 2012 and claiming two US Open titles in 1994 and 1997. The popular South African has racked up 73 professional wins around the world and is former world number one in the Official World Golf Ranking (OWGR).

He established the Ernie Els and Fancourt Foundation in 1999 to support children from families of limited resources to progress in golf and has helped the careers of numerous young players.

“This is a great honour and I’m very grateful to The Royal and Ancient Golf Club,” said Els. “My whole career I have always had the utmost respect for everything The R&A does, administering the rules and doing an incredible job supporting and promoting golf at every level around the world. The R&A runs some of our greatest championships, including The Open, and I’m proud to have been able to play a part in its celebrated history. To be given Honorary Membership is something I’ll cherish for the rest of my life.”

One of golf’s most popular figures, Price is a three-time major champion and former world number one. The Zimbabwean won The Open at Turnberry in 1994 before going on to claim his second PGA Championship that year following his victory two years earlier. He achieved 48 professional wins around the world and spent more than 40 weeks at number one in the OWGR.

Price represented the International team in the Presidents Cup on five occasions and went on to captain the team for three matches.

“I grew up playing golf in Zimbabwe under the rules of The R&A and was first introduced to a rule book as a young junior,” said Price.

“I had no idea at the time who The R&A was but I knew they made the rules and ran The Open.  As the years progressed I learned how valuable The R&A is to the game of golf and how they have governed and nurtured the game we all love. Playing in The Open each year was a week I always looked forward to and particularly a week at St Andrews.  Winning The Open was a highlight of my career and I will always savour the year that I held the Claret Jug.

“I am delighted and extremely grateful to accept this invitation to become an Honorary Member of The Royal and Ancient Golf Club of St Andrews.  I feel very fortunate to be joining so many other Honorary Members who I have respected and admired throughout my career.”

“I would like to congratulate Catriona, Ernie, Padraig and Nick on becoming Honorary Members of The Royal and Ancient Golf Club. They have each distinguished themselves with their long and hugely successful careers in golf. As well as being great champions, they are superb role models for any young golfers to follow and embody so many of the qualities which make golf such a special sport. They have done a great deal to help promote golf around the world and this recognition is extremely well deserved.”