“This is the future” – McGinley defends Irish Open invitees 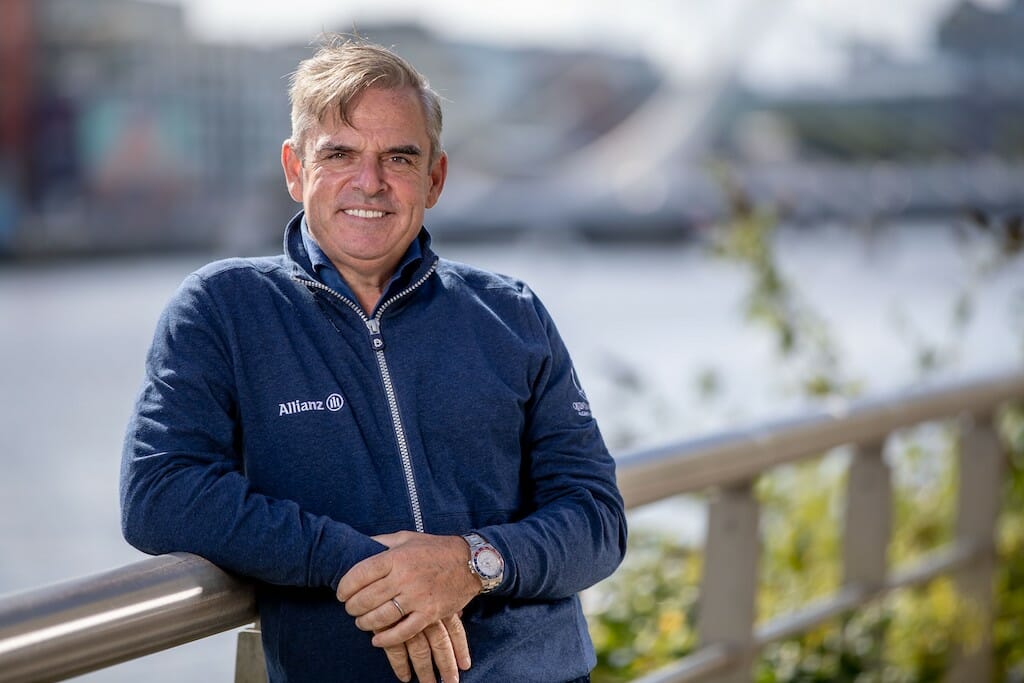 Paul McGinley has revealed that the amateur trio of James Sugrue, Mark Power and Tom McKibbin were selected to compete this week at Galgorm Castle because they are the future of Irish golf.

Allianz brand ambassador McGinley was speaking at the launch of Leaders Lounge, a Titan Experience Property proudly supported by Allianz Ireland event that will see a virtual bringing together of McGinley, Jim Gavin and Stuart Lancaster to share their leadership experience on November 3rd.

Much has been made since three invites were handed out to amateur players for this week’s Irish Open with Team Ireland professionals overlooked at a time when a pay cheque was never so badly needed amid the decimated schedules of European golf.

However, for McGinley, as tough a call as it undoubtedly is on the likes of Niall Kearney, John Ross Galbraith and Conor O’Rourke, the move to select three of Ireland’s brightest amateur talents should pay dividends in the future.

“We have a situation at the moment where Dubai Duty Free and Sport Ireland in particular, who control most of the invites, had the view that we’ve got a unique set-up of guys coming through at the moment,” said McGinley.

“You have young Tom McKibbin, one of the brightest stars of the future anywhere in the world. A lot of people are saying that his development is on the same trajectory as McIlroy’s, and then you have Mark Power who won the big event at East Lake last year and who’s part of one of the top university programmes in America [Wake Forest].

“So, the view that was taken was that this is the future. There are a lot of young guys here and it’s important to get them on side early in their career because they’ve proved themselves and hopefully in return they’ll come back and play in the Irish Open, just like Shane has.”

Indeed, few will ever forget Shane Lowry shocking the world of golf when winning as an amateur at Baltray in 2009. With the likes of Graeme McDowell and Rory McIlroy already absent this week at Galgorm, the Open Champion’s place in the field has never been more welcomed and reflects his loyalty to the competition – something McGinley believes is in direct relation to the platform he was afforded at Baltray:

“It’s a perfect example of Shane returning the favour this year and the view with Sport Ireland and Dubai Duty Free is very much along those same lines. Golf is very much a meritocracy and the better you play, the more opportunity you have to get into tournaments.

“It’s a balancing act that goes on here,” added McGinley. “One of the things that I had as an amateur that was very important in my development was to play the Irish Open. Darren Clarke was the same, Shane went on to win, Padraig played a couple of times as an amateur. It’s incredible exposure for a young player to get.”

For more information on the Leaders Lounge, visit titan.leadersloungelive.com