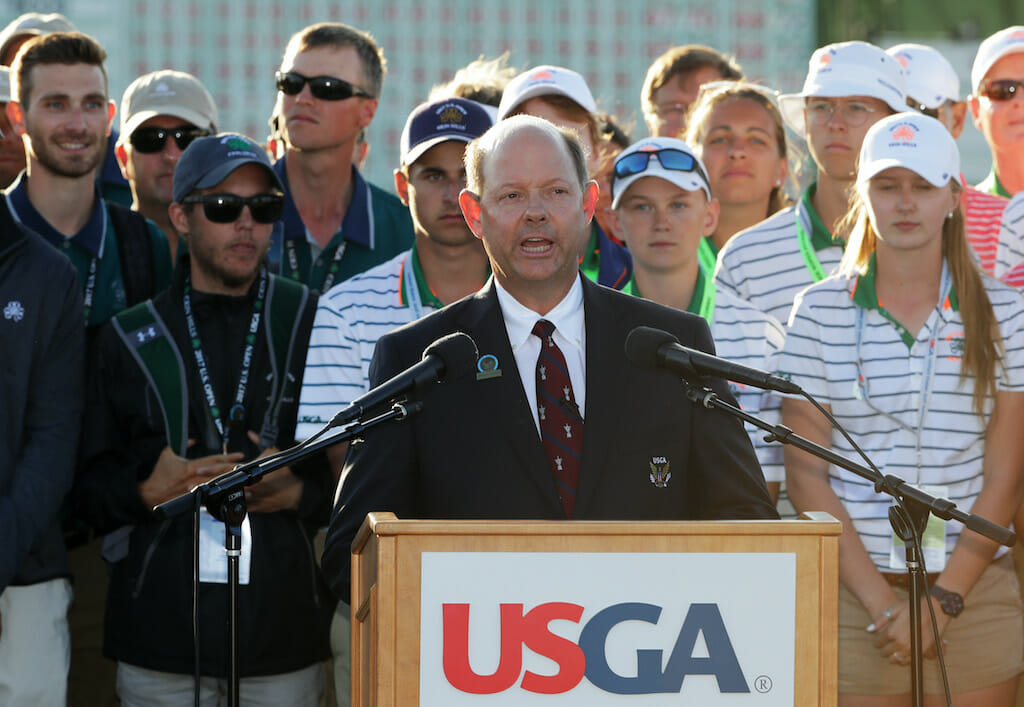 When it has come to the setting-up of U.S. Open championship golf courses, there seemingly has always been one name – USGA CEO Mike Davis.

Davis has been at the helm of one half of golf’s administration body since 2016, while he’s been at the New Jersey-based offices of the USGA since his appointment in 1990.

And instead of being in charge with setting-up golf courses for events such as the U.S. Open, the U.S. Women’s Open and U.S. Amateur championships, Davis is to become a golf course designer, a passion he says he’s had since his college days.

“It’s just the right time for me,” said Davis. “I’m in a really good place. Part of me will indeed be sad because I’ve grown up in this organisation, but I’m excited about the future. The USGA’s in a great place. And I think the game is moving in the right direction.”

It is understood Davis sought the role of CEO for a decade but would be doing no favours to be staying on longer past the end of next year.

“I could tell, five or six years into it, that this is not a job where I would be doing myself or the USGA a favour by staying too long,” said Davis.

“I got into the position where I knew I could only keep this pace up and keep the enthusiasm for so long. I’ve had a lot of CEOs tell me this type of job kind of wears you out, and it turned out to be very true.”

It is unknown who will replace Davis but that decision will be made ahead of next year’s U.S. Open at Torrey Pines.

“I’ll be part of the process, but I’m not going to be choosing my successor,” said Davis.

“I’m sure I’ll offer something about what the job entails and what I think is needed. When the time comes, I’ll make sure people know that this is the new person. I’ll be helpful, but also ready to say, ‘Here you go. Take my office.’ I think it’s a more comfortable thing.”

Reports say the pair have been friends for years. Fazio, whose father, Jim Fazio, and uncle, Tom Fazio, are both prominent course architects, recently helped Davis with creating a new master plan for the course he grew up on, Chambersburg (PA) CC.

What legacy Davis will leave when he ends with the USGA will divide opinion.

In recent years, including the 2018 U.S. Open at Shinnecock Hills, Davis was in the firing line for complaints on the course set-up.

His first U.S. Open in charge of course set-up was the 2006 event at Winged Foot and he won enormous praise, however he had handed over the reins a year ago for setting-up Winged Foot last week.