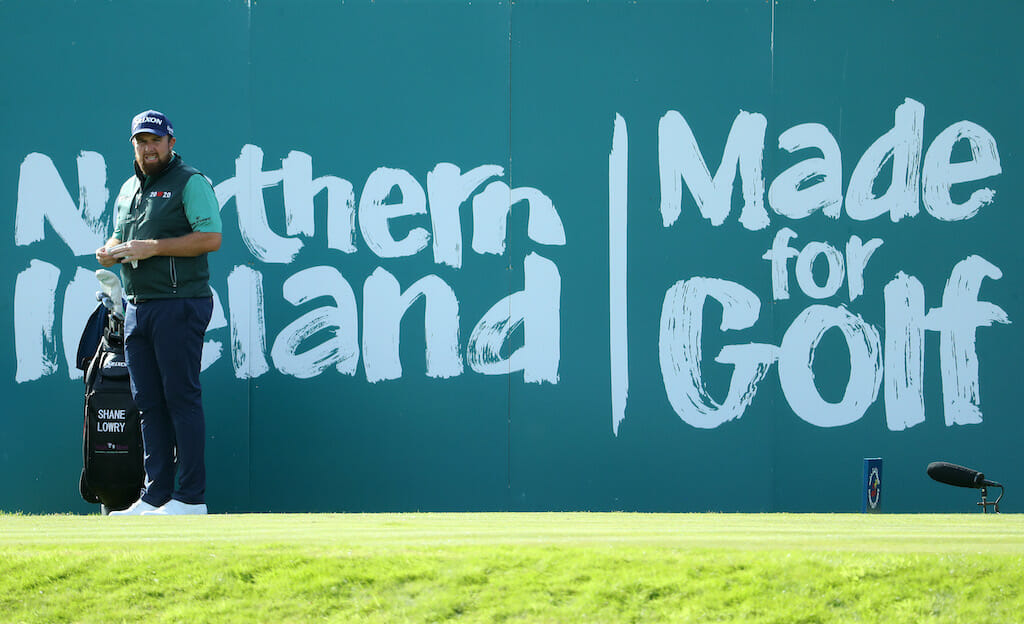 Open Champion Shane Lowry insists it’s out of desire and not a sense of obligation that he tees up in this week’s Irish Open at Galgorm Castle.

Given the absence of the likes of Rory McIlroy and Graeme McDowell from this week’s field, the Clara star’s commitment to this week’s competition was a most welcomed one from a European Tour point of view that has suffered untold losses amid Covid-19.

After nine weeks in America, Lowry signed off on his extended stint stateside with a tied-43rd result at last week’s US Open and although a family homecoming was most welcomed, he’s content to find himself on the road again as he goes in search of a second Irish Open title.

“It was tough leaving the house this morning,” Lowry admits, who had two days back home with wife Wendy and daughter Iris ahead of travelling north to Galgorm.

“Iris was asking me where I was going because I was leaving with my suitcase. I tried to explain to her that I’m only going to play golf with my friends for a few days but that’s the life we’re in – that’s it, like.

“I personally would’ve felt awful if I was sitting at home on my couch all week watching this on TV. I would’ve felt all along that I should’ve been there. I think I’ll always be here – I can’t see myself ever not playing an Irish Open, that’s just the person I am.”

Lowry was asked if it was out of a sense of duty that he made the call to tee up this week at Galgorm. Given the event provided the now Major champion with his first platform to announce himself to the world of golf as an amateur at Baltray in ’09, did he owe it to the European Tour to repay the favour this year?

“The person I am would’ve felt awful if I wasn’t here. The European Tour and the Irish Open have given me plenty of playing opportunities and I like coming back to support the Tour as much as I can.

Pre-tournament favourite Lowry gets his championship bid underway on Thursday at 9.25am alongside George Coetzee and Lucas Herbert.