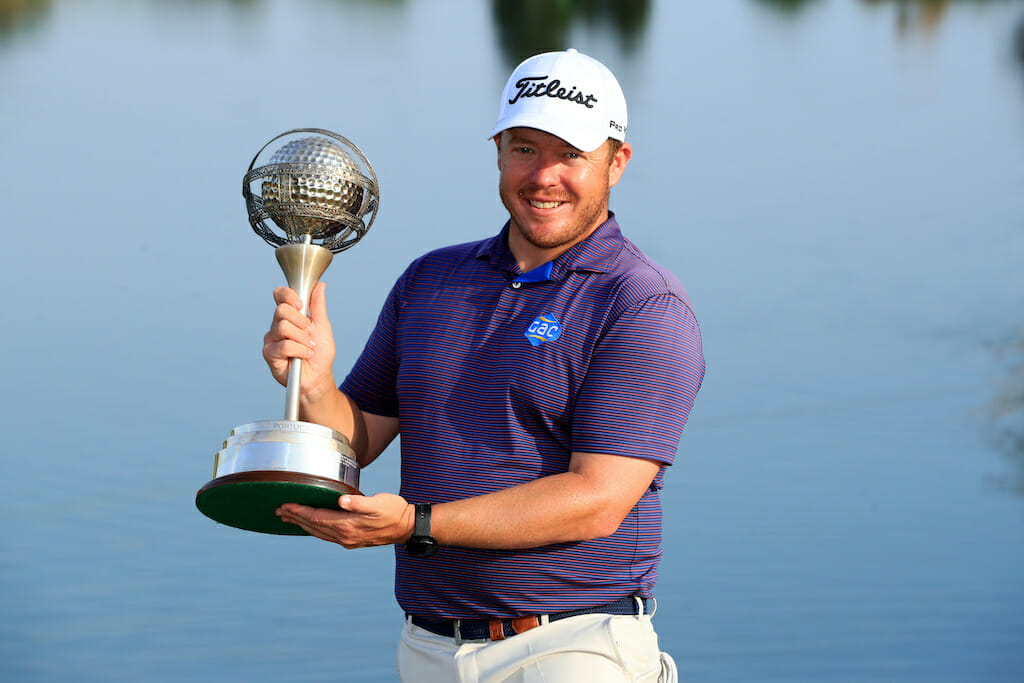 Jonathan Caldwell signed off on a positive note with a one-under par 70 but could only settle for a top-50 finish as George Coetzee took out the title at the Portugal Masters.

Caldwell had started the week like a train with a six-under par 65 but not even a hole-in-one on day two could keep him under par on Friday before a Saturday blowout 75 scuppered his weekend chances.

Still, the Clandeboye man ensured his Sunday roast tasted that bit sweeter with five birdies on his card to close out the tournament, including two in succession to finish with a flourish on his way to a two-under par total and a tie for 50th.

At the top, Coetzee secured his fifth European Tour title – and his first on European soil – after producing a short game masterclass to hold off the chasing pack on Sunday.

The South African did not put a foot wrong, posting a bogey-free round of 66 to triumph for the second week in a row, after winning at his home club, Pretoria Country Club, on the Sunshine Tour last week.

Coetzee began the day with a one shot advantage but was knocked off the top of the leaderboard early on after parring his opening six holes in a patient start to his final round.

The 34-year-old ignited his round at Dom Pedro Victoria Golf Course with gains on the seventh, eighth and 11th, before holing brilliant birdie putts at the 16th and 17th to move to 16 under par and give himself a two shot cushion heading to the 18th tee.

“That was the next step for me really (winning on European soil),” he reflected. “I have always had a list of things I wanted to achieve in my career as a golfer and originally I never thought I would get as far as winning on the European Tour, so ticking that box a while back was really nice. Then I started to realise that I was a bit comfortable playing back home and I needed to go to the next step and win away from home.

“Some of the events I target are the Qatar Masters and the Portugal Masters because I tend to play really well in those countries and the golf courses really suit me. I was very nervous playing this course and knowing that there are booby traps around the corner every now and then, so stepping on to 18 and hitting the best drive I hit all week, I was shocked! I told my caddie, I can’t believe I just did that, and my preparation mentally kind of paid off as well.”

Englishman Laurie Canter finished second on 14 under par after he also made five birdies in his round of 66, while his countryman and World Number 16 Tommy Fleetwood was another stroke back in a tie for third with Swede Joakim Lagergren.