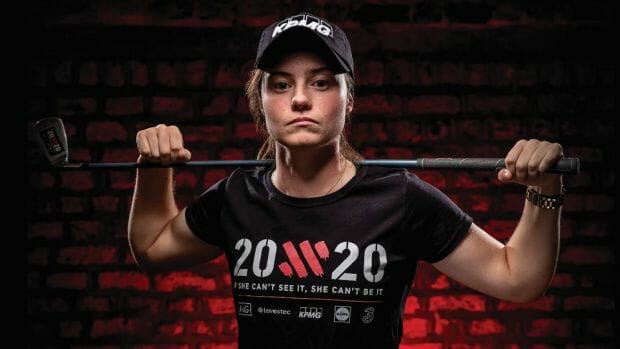 20×20, in partnership with KPMG, has launched ‘The Future for Women in Sport: Choose What’s Next’, the fifth and final chapter of the multi-award-winning campaign.

The closing message from the movement highlights the choice that we have for what happens from here for women in sport and calls on everyone involved in sport to ask questions of themselves and of society, to shape how that future plays out.

The 20×20 movement believes that Ireland has reached a critical stage for women’s sport and that the choices we make next will be crucial. This closing chapter aims to inspire the public, the media, the education and business sectors, and the wider sporting community to ask questions of sporting stakeholders nationwide to ensure that the progress made to date for women’s sport continues to be driven forward.

‘Choose What’s Next’ is fronted by 20×20 and KPMG ambassadors, golfer Leona Maguire and Dublin LGFA star, Sinéad Aherne, and was launched on YouTube with an 11-minute documentary, which is a superb journey through archive footage to examine where women’s sport has come from, right through to today.

The finale of the two-year movement dovetails perfectly with the campaign launch in 2018, as 20×20 revisits the young girls who featured in the original video (which can be viewed here: https://www.youtube.com/watch?v=Ik_bfp6HDSM) and finds out if their views on women’s sport in Ireland have changed, two years on.

From Thursday, the second stage of the campaign will roll out across 20×20 and KPMG’s social media platforms. This stage will call on the public and all other stakeholders to engage with the hashtag, #ThinkItAskIt – urging them to think about the future of women’s sport in Ireland with the simple act of asking a question as the starting point for great change.

20×20 believes that by everyone asking questions of themselves, their club, their sport or their business, we will build greater equality and a new norm for women in sport. These questions will be designed to prompt progress across every sector touching sport and will be a final part of 20×20’s legacy, as the future of what happens for women in sport in Ireland is now in our hands and we can choose what happens next.

You can view the mini-documentary video below and get involved with #ThinkItAskIt on social media from Thursday, September 17th.