Different ball game this week for Lawlor at Galgorm 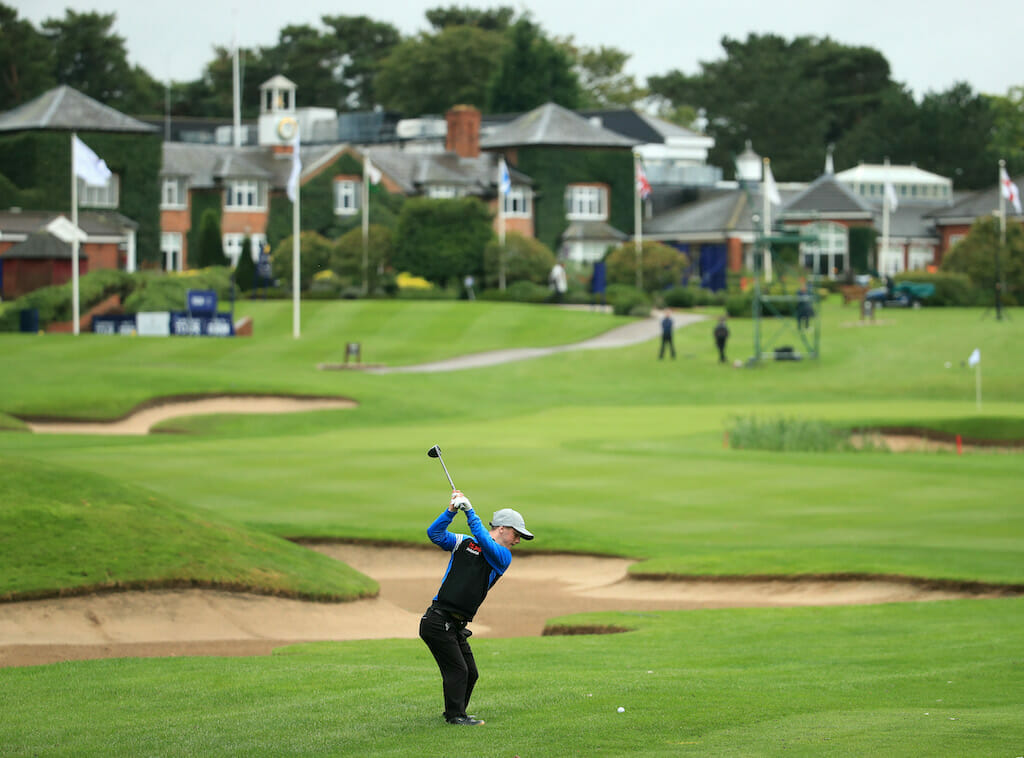 Fresh off making history as the first disabled golfer to tee up at a European Tour event, Brendan Lawlor returns to action on Thursday when the NI Open gets underway at Galgorm Castle.

The Carton House professional is excited to get back to doing what he does best after a manic week in the spotlight at The Belfry, insisting that as much as last week was about putting disabled golf on the worldwide map, this one will be about putting two good rounds together and giving himself the best chance of making the weekend cut.

“This week though I’ve a new focus. I’m looking to try and play well this week and shoot good scores. I played well here last year so I’m hoping that I can go out and play well again this year.”

Lawlor was peppered by the worst of conditions on both days last week at the ISPS Handa UK Championship where he returned rounds of 84 and 82 for a 22-over par total. Heavy rain ensured the course played every inch of its 7,255 yards and disguised the fact that the 23-year old had been striping it in practice prior to the tournament.

Unfortunately, the rain has followed the Louth man home and few favours will await Lawlor when he tees up on Thursday in Challenge Tour company at Galgorm Castle. The top-5 world ranked disability golfer will again find conditions long as he tees up off the back markers and admits that there’s been an adjustment without the few yards of run firm ground would afford him.

“The European Tour set-up last week was about 7,200 yards which is long anyway but it was probably playing 7,400 because there was no run,” he said.

“The big difference is club choice. I’m going in with a lot of rescues and five woods whereas a lot of the European Disabled Tour courses would be 6,700 yards and I’d be hitting a lot of wedges or irons into greens. But look, I love the challenge.

“I’ve gained a few yards since last week. I’ve been working on getting wider so I can launch it a bit higher off the tee for this week. Obviously I’ll be relying on my short game too. I think it will come down to me holing a lot of putts from six feet for par but it’s a course I know I can play well on so I’m excited to get started.”

Lawlor, who is one of 16 Irish set for Thursday’s action, gets his first round underway at 8.50 am alongside Frederic Lacroix and Stuart Manley.