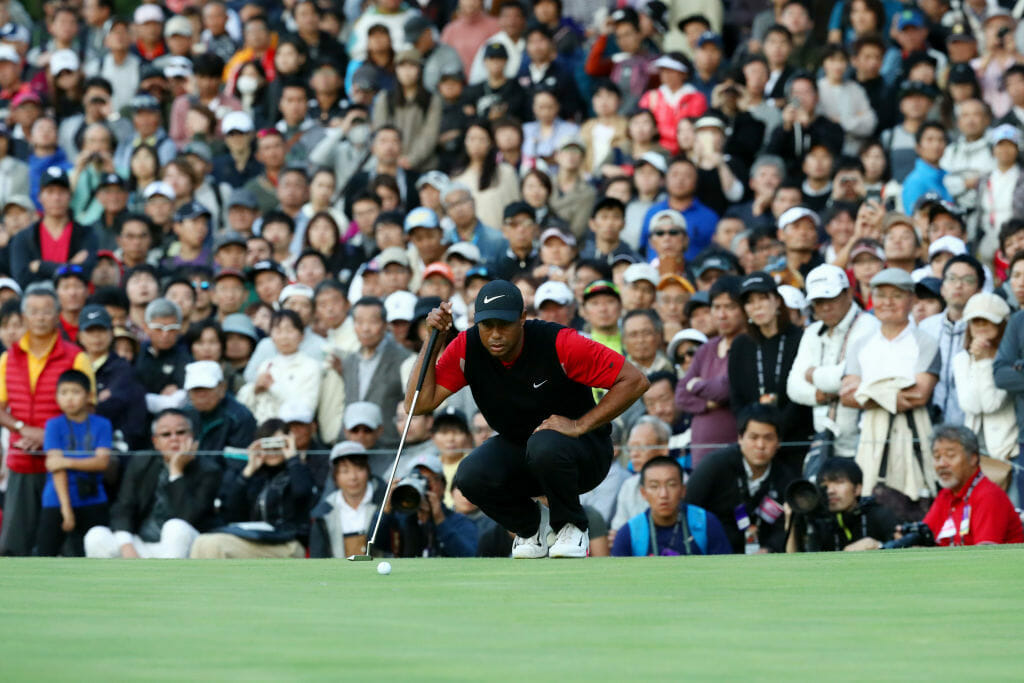 First it was the CJ Cup moving from South Korea to Nevada and now Japan’s Zozo Championship is moving to California.

Next it will be the WGC – HSBC Champions being cancelled given continuing Coronavirus fears, and also because the Chinese government has banned all international sporting events to the end of 2020.

The PGA Tour announced that the ZoZo, where Tiger Woods won the inaugural event last year, will now be played from October 22nd to 25th, and without spectators, at the Sherwood Country Club in Thousand Oaks.

Sherwood Country Club is the former host venue of the Hero World Challenge or the Chevron World Challenge won twice in 2010 and 2012 by Graeme McDowell. In fact,  McDowell beat Woods, the tournament host, in a play-off in 2010 to pocket the $US 1.2m first prize.

Earlier in 2002, Padraig Harrington won the then Target World Challenge.

Indeed, Sherwood Country Club hosted an event each year from 2000 up to and including 2013.

The moving of the CJ Cup and the ZoZo Championship has effectively wiped out the new 2020/21 US PGA Tour’s $30 million ‘Asian Swing’.

With combined purses of $29.75 million, the PGA Tour’s three-stop Asian swing has been the highlight of Asia’s golf calendar in recent seasons.

The CJ Cup will be staged from October 15th to 18th while the WGC – HSBC Champions, due to be held from October 29th to November 1st, looks almost certain to be cancelled.

Rory McIlroy is the defending HSBC Champion but the $US10.25 million event played each year in Shanghai cannot surely go ahead, given China’s decision with regards sporting events.

With leading players based in the US and the postponed Masters due to take place at Augusta in November, the PGA Tour “have come to the conclusion that it is impossible to invite players to compete in Japan,” a statement said.

Japan has essentially closed its borders to most foreigners in a national drive to reduce risks of coronavirus infections.

The pandemic has forced a one-year delay of the Tokyo Olympics but some professional sports in Japan such as baseball and football have started allowing limited numbers of spectators.

The nation has so far detected about 68,000 coronavirus infections, and recorded roughly 1,300 deaths.

The Zozo Championship is Japan’s first US PGA Tour event and was launched last year to great fanfare with Woods thrilling huge crowds.

The victory saw Woods tie the all-time mark of 82 US PGA Tour victories held by the legendary Sam Snead.

“During this difficult time, we look forward to dedicating this year’s tournament not just to the fans in Japan, but to fans around the world,” said Zozo President Kotaro Sawada in a statement.

With a reduced purse in California, down to $8 million from last year’s £$9.5 million, the Zozo Championship will again be competed for by an elite field of 78.