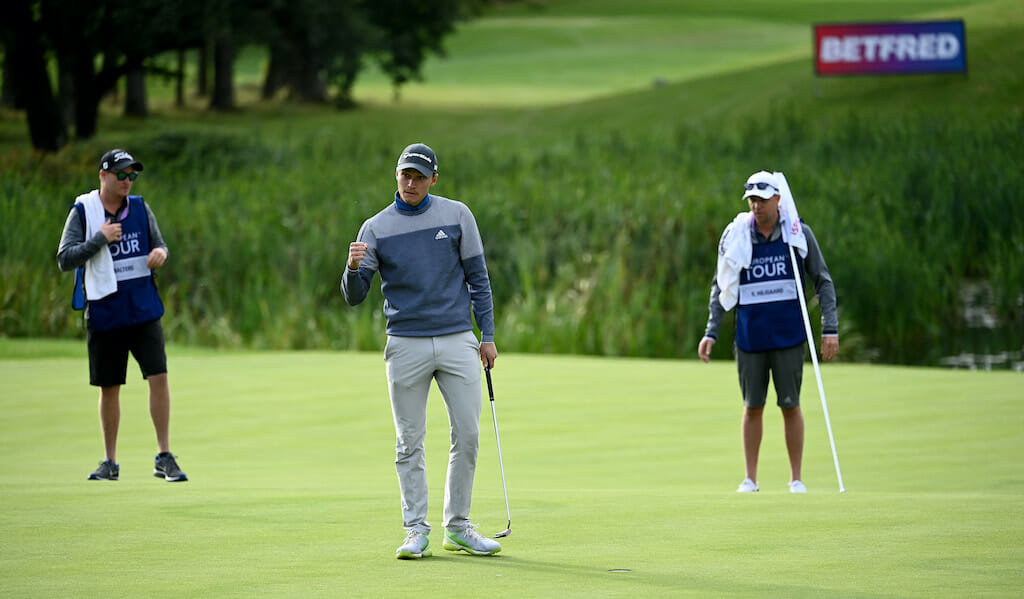 The 19-year old won with a par at the second extra play-off hole in defeating South African Justin Walters after both players had ended regulation play tied at 14-under par at The Belfry.

Walters was left to rue an eighth hole triple-bogey in a round of 70 while the Dane was one of three players to shoot a final round 65.

It is the second win for Hojgaard after being the first player born in the 2000s to win on the European Tour when he won in only his fifth European Tour start at the start of the 2019/20 season in winning the Mauritius Open.

Now he’s the second youngest to win twice and in only 15 Tour events behind Manassero.

As well, Hojgaard is only the second teenager, along with Manassero, to win twice on the European Tour.

This young Dane is in for the long haul…
Amazing talent Rasmus.
Twice a winner on @EuropeanTour at such a young age.
Brilliant to watch!
Congratulations
A whole nation is so proud of you.
????????
Danish double today for Rasmus and @emilypedersen96

And Hojgaard spoke afterwards of the support he’s received from the likes of Bjorn and other Danish-born Tour players.

“It’s really nice, Thomas is a legend. It’s always nice when he gives those kind of words. And obviously he’s very helpful, so it’s quite nice,” said Hojgaard.

Of course, one of the biggest influences on his career has been his twin brother, Nicolai, also a professional golfer and was also part of the Danish team that won the 2018 Eisenhower Trophy.

“Nicolai, my brother, has been the biggest influence because we’ve always been competitive in everything we do as well as on the golf course,” he said.

“It’s hard to say who I’ve looked up to. I’ve obviously watched Thomas, Thorbjørn (Olesen), Søren (Kjeldsen) and all those guys playing. It has always been a goal for me to join them on Tour and here we are.”

Next month, Hojgaard will make his US Open debut and something he is looking forward to.

“I’m very excited. Those are the kind of tournaments you want to play in when you are up against the best players in the world. I’m really looking forward to it,” he said.

“I will play Valderrama next week and then I’ll take a week off before the U.S. Open, that’s the plan.”

From an Irish point of view, Jonathan Caldwell had to settle for a top-40 finish after he returned an even par round of 72 on Sunday.

The Clandeboye professional traded four birdies and four bogeys over a stop-start round of golf and finished on one-under par for the tournament, banking a cheque worth €5,442 for the effort.