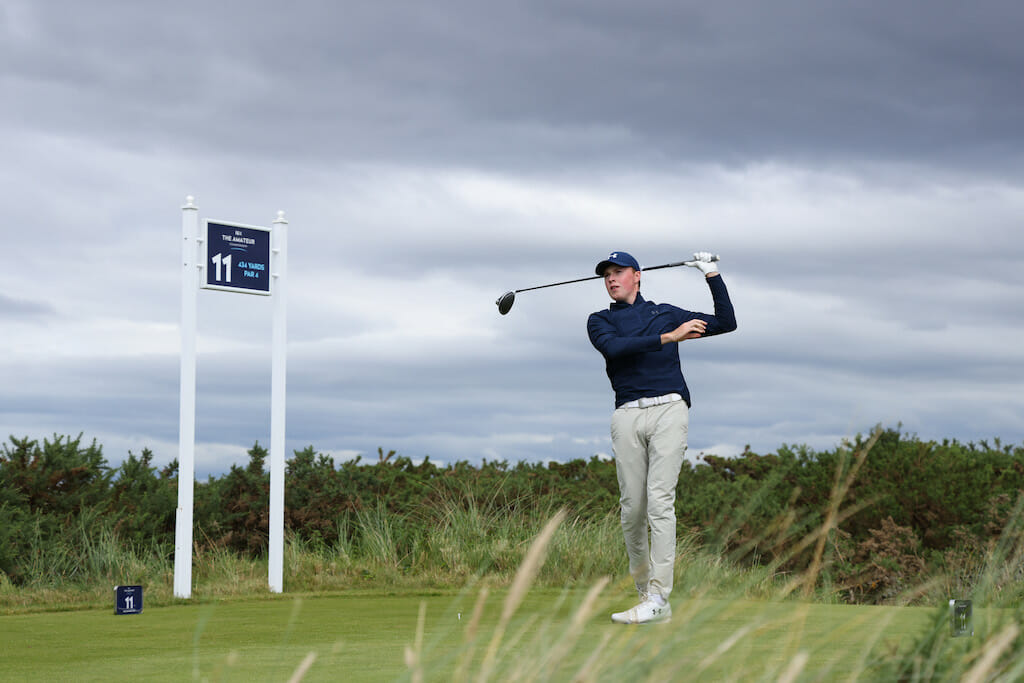 It will be an all Joe affair at The 125th Amateur Championship as the English duo of Joe Harvey and Joe Long are set for a showdown in Sunday’s 36-hole final at Royal Birkdale.

Harvey, 23, progressed to the final after eliminating Kilkenny’s Mark Power 3&2 in the semi-final having advanced past Victor H. Sidal Svendsen of Denmark in the quarter-final 4&3.

Power had roared into the semi-finals after firing five birdies on his way to defeating England’s Callan Barrow 3&1 in their quarter-final match-up but was unable to repeat the fireworks in the afternoon against Harvey.

Power bogeyed the first to go 1-down and that’s as close as he got all afternoon with Harvey firing two birdies and an eagle on his way to a 3&1 win.

Long, 23, was equally impressive in the last four, defeating Englishman Jake Bolton 2&1 after earlier jettisoning the hopes of another Englishman Barclay Brown in a convincing 6&5 victory.

Harvey, who is 897th on the World Amateur Golf Ranking® (WAGR®) and Joe Long, who is 102nd on the WAGR®, have teed up an all-England final for the first time since 1999 when Graeme Storm defeated Aran Wainwright 7&6 at Royal County Down.

Usually practice partners at The Kendleshire, the pair will now go head-to-head over 36 holes to become the first English champion since Harry Ellis triumphed at Royal St George’s in 2017.

Ahead of the biggest opportunity in their amateur careers, the winner secures exemptions into The 149th Open at Royal St George’s next year and, by tradition, an invitation to play in the Masters Tournament and an exemption into the US Open.

Harvey was in control of his tie with Power from the outset and was four-up after 11 holes. But as he missed the green at the par-3 12th and lost the hole with a bogey four, it looked like the door was ajar for the Irishman to mount a comeback.

A birdie at the 13th  returned Harvey to his four-hole advantage; however it took until the 16th hole for the Englishman to close out the match, with an up and-down par from the left greenside bunker, after he left winning putts short on both the 14th and 15th holes.

Long was evenly matched with Bolton early on before his opponent took the first advantage going one-up with a birdie at the 4th. A bogey to follow returned the match to all square before Bolton conceded the 6th to see Long go one-up for the first time in the match, a lead he didn’t relinquish for the remainder of the tie.

Keeping his composure, Long closed out the match on the 17th hole with a par after Bolton failed to roll in his seven-foot birdie putt.

Live scoring, news and video can be followed at www.RandA.org as well as on The R&A’s social media platforms.