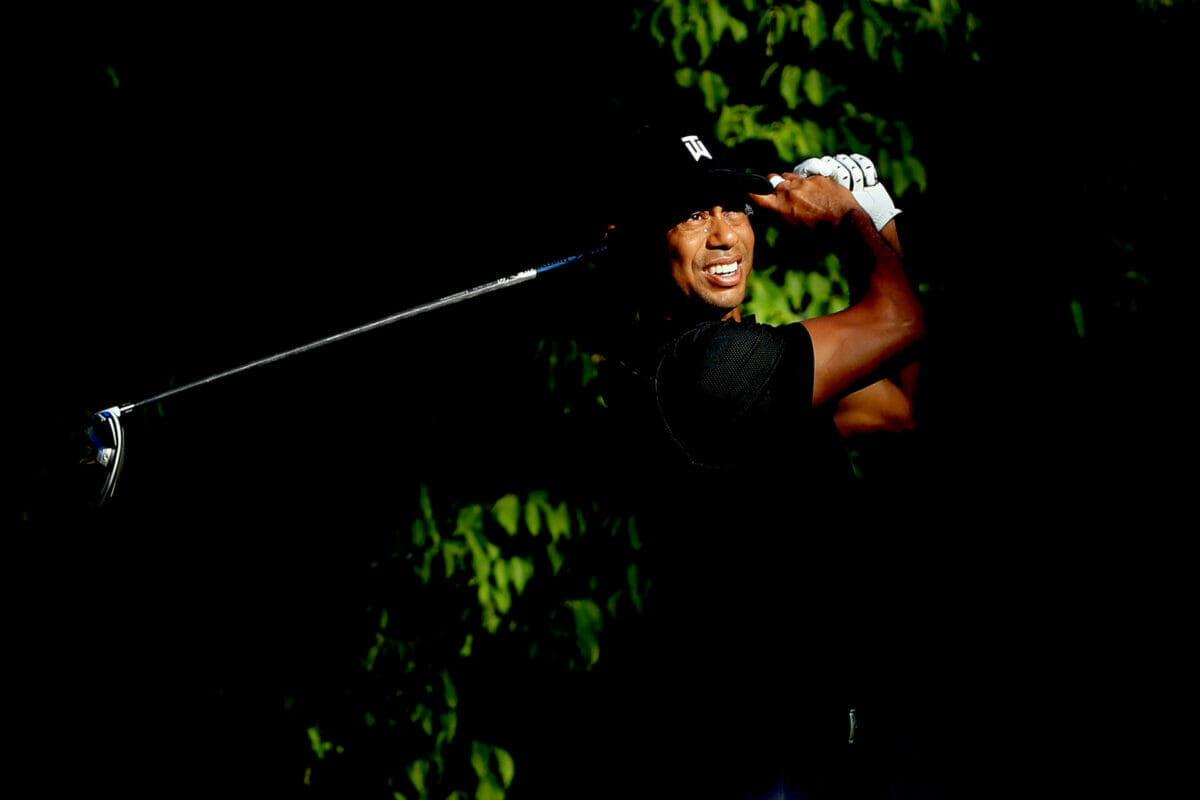 Tiger Woods may have handed Rory McIlroy a golfing lesson last weekend in Boston but he needs to finish in front of at least 66 of 69 players this week in Chicago to qualify for next week’s Tour Championship.

Woods is currently 57th on the FedEx Cup points table and has to end fourth or higher in this week’s BMW Championship if he’s to progress to East Lake in Atlanta.

A top-four result on an Olympia Fields course he last played 17-years ago in finishing T20th at the 2003 U.S. Open would then put Woods inside the top-30 on the PGA Tour money list.

And if so, Woods will be heading to Atlanta where two years ago, he was drawn alongside McIlroy in the final round but then also showed the Irishman a clean pair of heels in unprecedented emotional scenes down the 72nd hole to record a first Tour victory in over five years.

Woods arrived in the Windy City having beaten McIlroy by a shot in their head-to-head last Saturday before taking Rory by three shots on Sunday.

Last weekend, given both Woods and McIlroy were well out of contention, it was more like a weekend round alongside your best mate as the duo laughed and joked.

They ended Saturday’s play parking themselves on one of the many picnic tables set-up for the visiting media to order hamburgers and soft drinks for lunch.

In contrast, however, the pressure will be on Woods right from the outset this week and the 15-time Major winner knows that.

“This golf course is set up more towards an Open than it is anything else, and with the weather supposed to be as hot as it is today and tomorrow and probably Friday, this rough is only going to get more difficult.

“The greens are going to be quick and hard.

“So, we’re all going to be playing right around the same time. But it’s not a golf course which I feel like you can overpower with driver everywhere like we could last week. This is a totally different setup.

And though he is one of just three players this week to have contested the 2003 U.S. Open (Adam Scott and Paul Casey the other two), Woods had to get onto YouTube to refresh his memory of the course

“I went on YouTube and took a look at the golf course and the tournament setup back in ’03 but it looks completely different,” he said.

“There are a lot more trees, the tees have been pushed back 50 yards, 60 yards on some of the holes. It was a very different type of layout.

“Guys were hitting a lot of irons off the tees and putting the ball in play. It’s going to be a little bit that way this week but we’re further back”.

McIlroy is the lone Irishman in the Euro 8.2m event and excused himself from a pre-tournament press conference due to his late arrival into Chicago and the need to play a full 18-hole practice round.

Unlike Woods, McIlroy is ranked a lofty 12th on the FedEx Cup points table but needs to reel-in Dustin Johnson in heading to the Georgia capital if the current World No. 4 is to successfully defend next week’s East Lake title.