Mickelson all smiles ahead of over-50’s debut 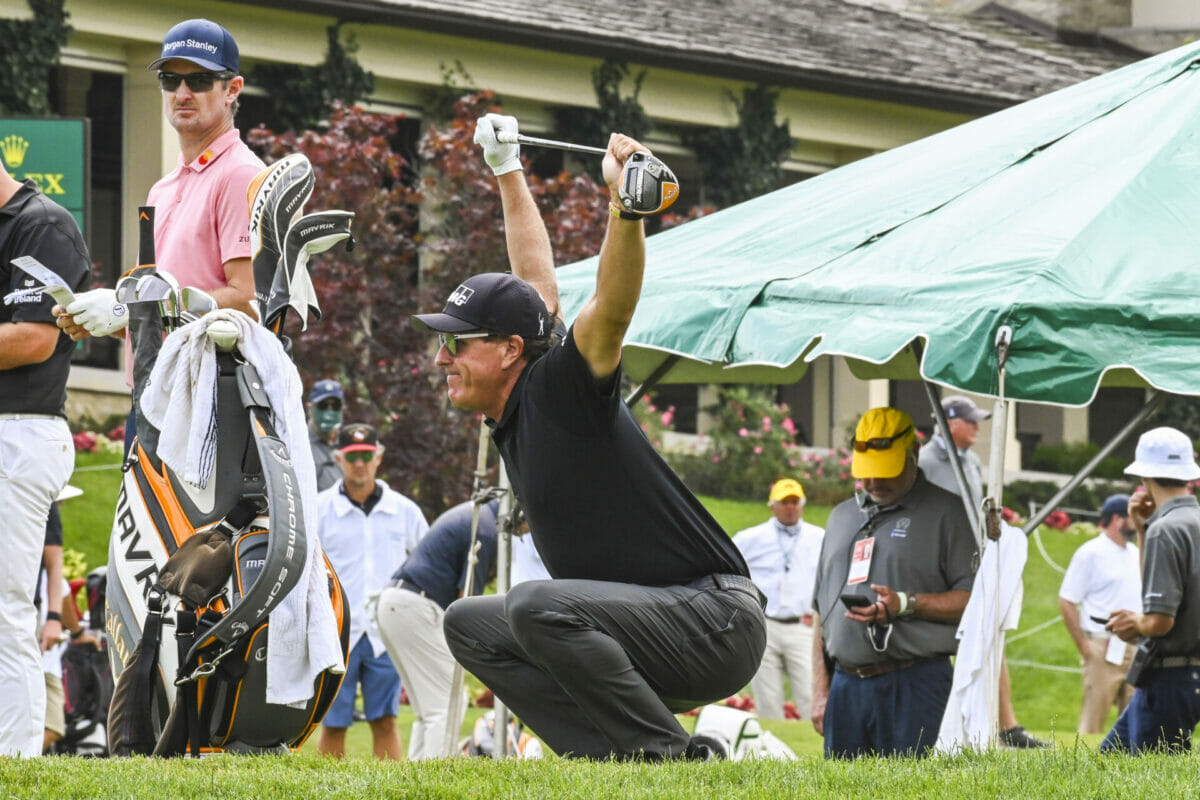 A spritely Phil Mickelson will make his over-50’s debut today when he enters the PGA Tour Champions arena for the first time at Ozarks National.

Famous for his ‘phireside’ chats and hitting bombs… oh, and his five Major titles and 44 Tour wins, Mickelson, who turned 50 in June, is excited to take his chance in senior company after missing the cut and falling out of FedEx Cup Play-off contention at the Northern Trust.

”I didn’t really want two weeks off,” Mickelson admitted. “I’ve been working hard on my game. I want to get out and play so this worked out really well. It’s such a beautiful place. I’m a big fan of Bill Coore (and) Ben Crenshaw golf course designs, and we are here playing one of the best. And it’s a beautiful area, so I’m excited to compete.”

Confirmed: Bombs will be coming to PGA TOUR Champions.

Mickelson’s failure to make the Play-offs left him with just the Safeway Open on the main tour schedule to practice and prepare ahead of this year’s second Major, the US Open at Winged Foot where he will once again look to etch his name in golf history by going for the career Grand Slam. So this week represents welcomed competition to fill the void for Mickelson, who’ll have plenty of familiar faces to catch up with, including long-time rivals, Jim Furyk, Retief Goosen and Ernie Els.

”I haven’t seen them in a long time,” Mickelson smiled. ”Grew up playing with them for a number of years, and it’s exciting for me to come out here and see so many people I know. On the regular tour, I don’t know a lot of the guys now.”

”But I love playing and competing, and heading into the U.S. Open, I’ll play the week before in Napa, but I didn’t want to have two weeks off when I’ve been working hard on my game.

”I was really wanting to play and compete in the playoffs, so it was a disappointing first round and it’s fun for me to have a chance to come play.”