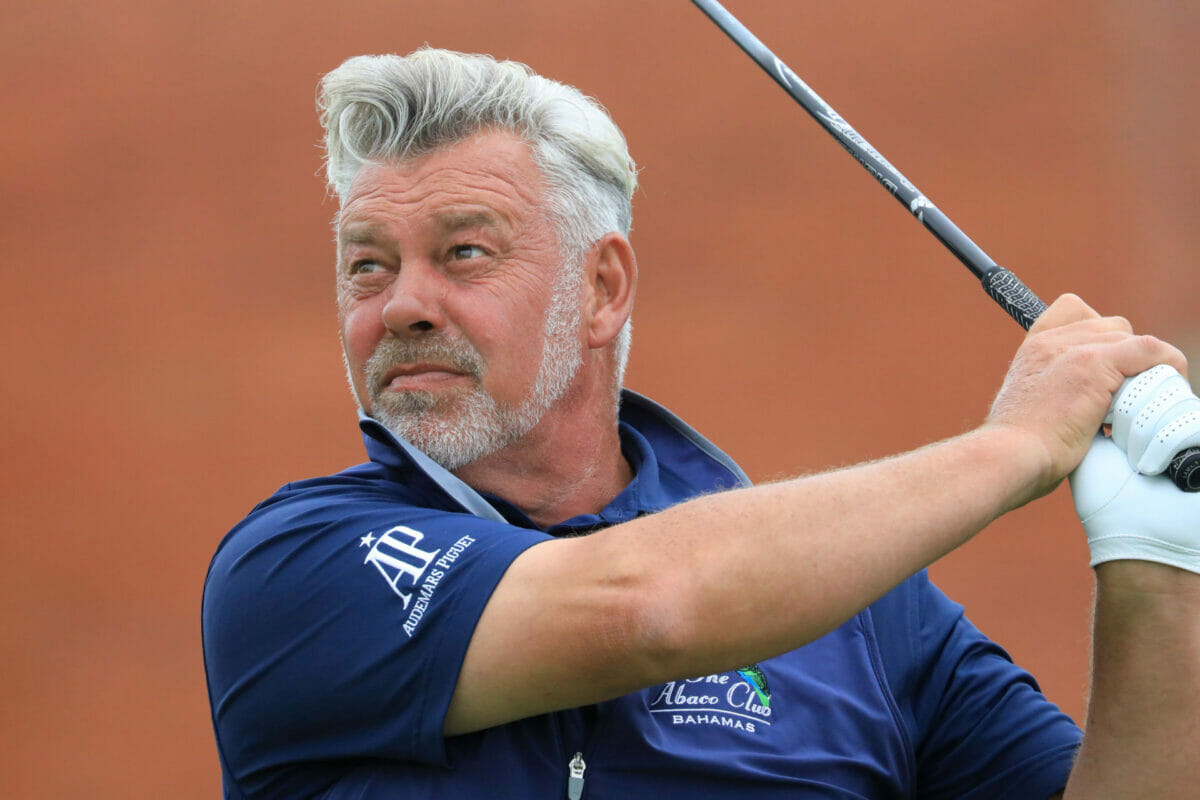 Darren Clarke enjoyed a strong showing on the Champions Tour with a tied ninth result at the Charles Schwab Series at Bass Pro Shops Big Cedar Lodge on Friday.

The former Open Champion finished with a closing round of 70 to bank a 10-under par 54-hole total. That fell three shots shy of a four man play-off for the title which saw Shane Bertsch eagle the first hole extra hole to win in just his second PGA Champions start.

But Clarke could be consoled, not just with his season’s best performance but with a cheque worth $81,000 for the effort as he moved up to 26th on the Charles Schwab Cup money-list.

The spotlight fell on Bertsch in the end, however, who hit an approach from the rough near the back edge of a bunker that took some big bounces in front of the green and rolled to 20 feet from the back pin on Buffalo Ridge’s par-5 first hole.

“This is a special one,” Bertsch said after rolling in the eagle putt.

“I’ve always had a hard time saying what my most special moment in golf is, but without a doubt it was that putt on the first playoff hole.

“It had probably 2 feet of break. It was pretty quick and it gets even quicker past the hole. It took its time getting over there and getting there.”

Bertsch saw off some great challengers in the play-off, beating Kenny Perry, Champions Tour legend Bernhard Langer and Glen Day to the title.

“I really had a good feeling because I just felt like everything had gone the wrong way today and something had to go right. And it did.”

The Charles Schwab Series at Ozarks National will start Monday where Phil Mickelson is set to make his Senior debut after missing the cut on Friday at the Northern Trust.