McIlroy realises he should be letting his attitude dictate his golf 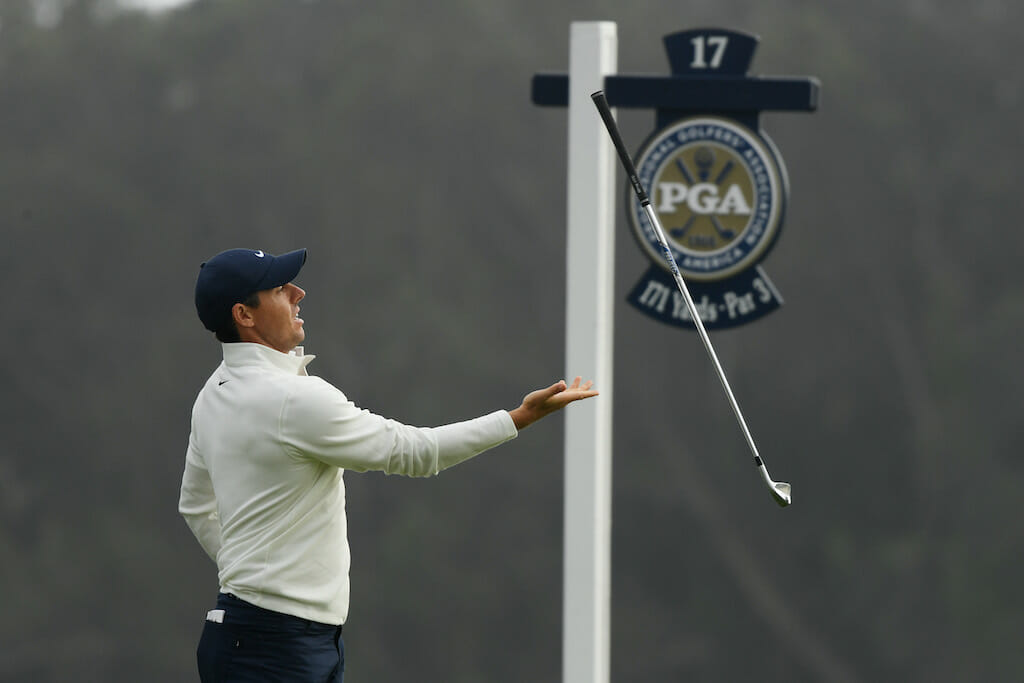 An eight-letter word meaning; ‘the way a person views something or tends to behave towards it, often in an evaluative way’, and it relates to your outlook, your perspective, your ideas, your opinions, your viewpoint, your thoughts and much more.

For anyone playing golf a good attitude is pivotal to the enjoyment of playing, whether you’re playing one hole, nine holes or 18 holes, whether it’s for fun or competition.

If you double the first hole there’s no point in letting your attitude ruin the remaining 17 holes.  It’s best to just try and put the mishap aside as much as it hurts and move on and try and enjoy what lies ahead.

‘Attitude’ has been a key word since Rory McIlroy returned to PGA Tour competition on June 11th with his on-course demeanour, in a continuing no-spectator environment, coming very much under the microscope.

In the six events he’s contested, McIlroy has yet to produce a top-10 result and this is in stark contrast to the four top-10s in 2020 he managed ahead of the golfing shutdown.

Of course, McIlroy knows how to win as he’s won 28 tournaments around the globe in his now 13-year pro career but it’s also about getting into contention to win and McIlroy has not managed to do that since prior the lockdown.

The four-time Major winner, who last won at November’s WGC – HSBC Champions event in Shanghai, spoke of his on-course attitude ahead of this week’s Northern Trust at the TPC Boston course on the southern outskirts of Boston.

“It’s all about how you react and respond to certain things,” he said.

“That’s where I’ve been sort of a little crossed recently where I’ve been letting my golf influence my attitude on the course instead of the other way around, because if you go out there with a good attitude, that will hopefully help your golf game.

“I’ve sort of got those a little crossed the last few weeks and I think going out there with a bit of a better attitude, not being as reactive to misses or certain shots, will definitely be better for me going forward as we enter this big stretch of golf.”

In the bigger tournament-winning picture, it’s been six long years since McIlroy captured a fourth Major Championship and with two Majors still to be contested in this some 70-year unprecedented season, McIlroy remains ever-confident of turning it around for the better.

“I think when anyone is playing well, they let their attitude influence their game instead of the other way around,” he said.

“I think when you start to get into trouble, if the way you’re playing is influencing how you’re thinking, how you’re feeling, it should be the other way around, right?

“Our mind is way more powerful than really anything else.

“If you can utilize that the right way, it’s inevitably going to help your game on the course.”

Here’s hoping one of golf’s more-talented and more-popular individuals can rediscover that ‘attitude’ and play the golf we know he is capable of.